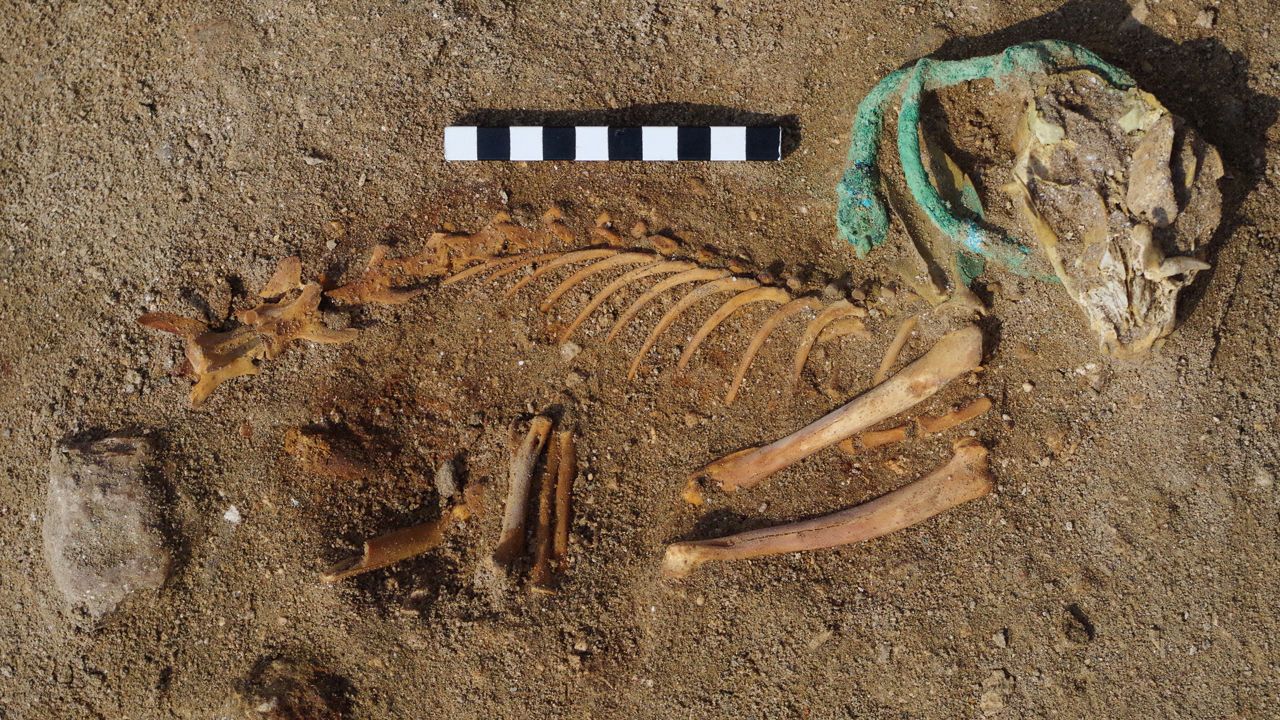 A cat from Berenice was buried wearing a bronze collar. Photo: P. OSYPINSKA

The ancient Egyptians loved their pets just as much as any current-day cat lady or dog dad. What might be the world’s oldest pet cemetery was uncovered by archaeologists in the early Roman port city Berenice, and contains the remains of nearly 600 clearly much-loved animals that were placed in individual graves, covered by pottery that served as miniature sarcophagi, with adornments including bronze and beaded collars. The 2,000-year-old burials include many four-legged companions that had died of old age or chronic injury, and would have had to be devotedly cared for by their owners.

“I’ve never encountered a cemetery like this,” Michael MacKinnon, a zooarchaeologist at the University of Winnipeg, told Science magazine. “The idea of pets as part of the family is hard to get at in antiquity, but I think they were [family] here.” 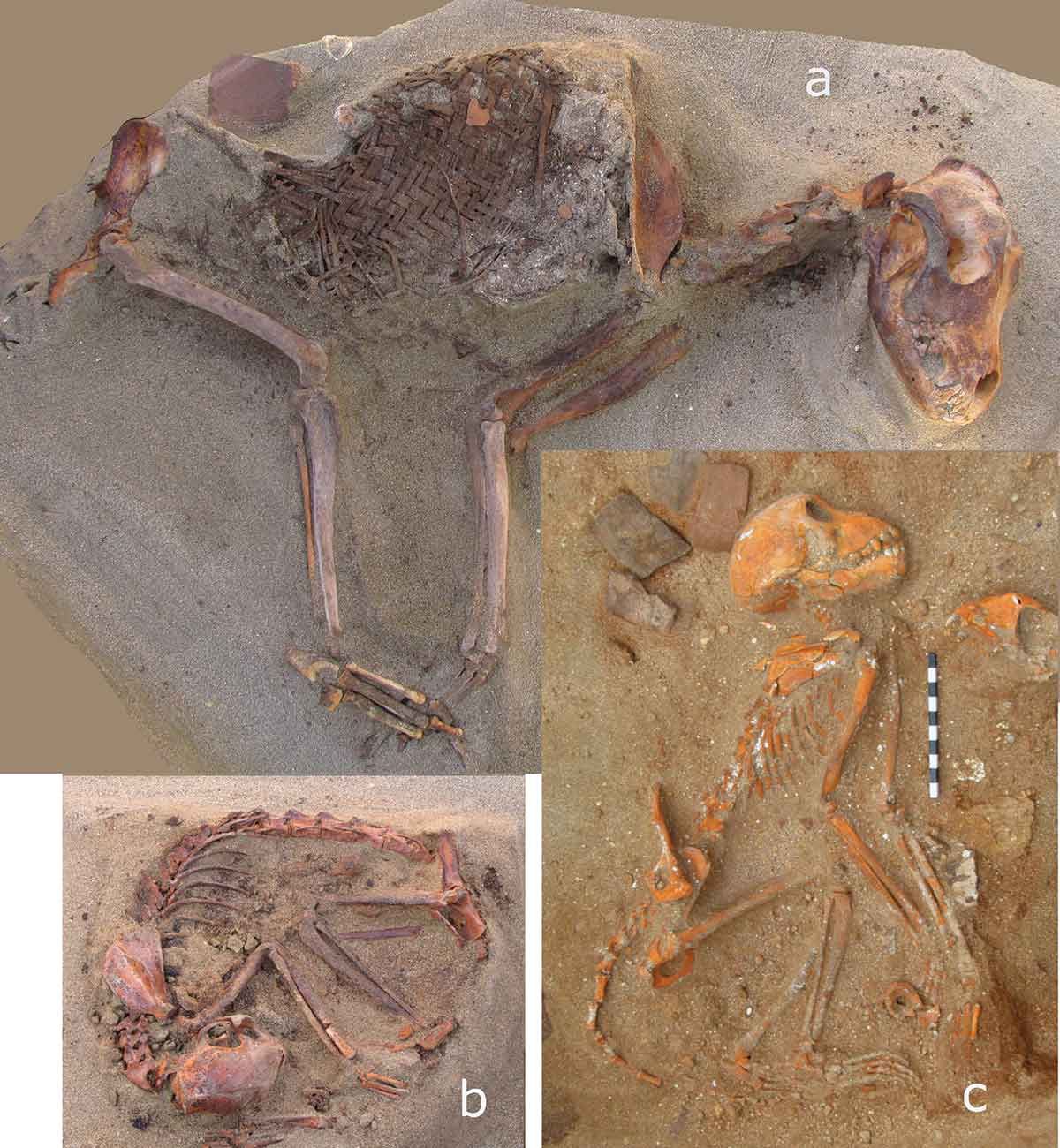 The bodies of a dog, cat and monkey were carefully placed in individual graves at Berenice

The site was first found in 2011 by the archaeozoologist Marta Osypinska and her team from the Polish Academy of Sciences, beneath a Roman trash dump outside of the city walls. Osypinska says that at first “some very experienced archaeologists discouraged me” from researching the animals, saying that pets were not important to the lives of ancient people and that most animals were kept for utilitarian or ritual purposes. But from studying the remains, Osypinska says it is clear the cats, dogs and monkeys laid to rest at Berenice were well cared for.

The cats at the site were often adorned with metal collars or necklaces made from glass beads and shells, and the dogs had often died of old age, after losing their teeth or suffering from joint problems. “We have individuals who have very limited mobility,” Osypinska adds. “Such animals had to be fed to survive, sometimes with special foods in the case of the almost-toothless animals.”

Many of the pets found in the cemetery were wrapped in textiles—not mummified, as they would have been for ritual purposes—or covered with pottery that “formed a kind of sarcophagus,” Osypinska adds.

In their report in the journal World Archaeology, the team of researchers back up the idea that these animals benefitted from “close relationships and care” from their humans through texts discovered at the site of early-Roman Berenice. On one pot sherd for example, is written: “Herennius to Satornilus his dearest, greetings… Concerning the cats, Ourses is taking care of them in accordance with what I also wrote you on another occasion.”