Andrea Fraser aims to hold US museum boards to account 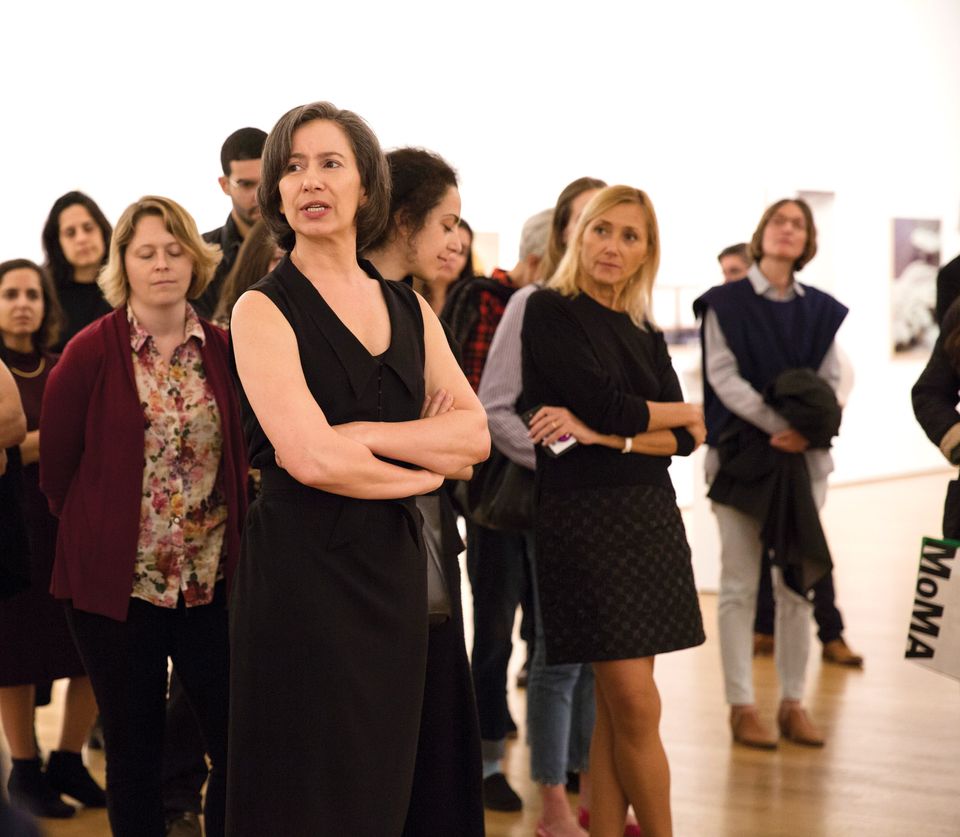 In March, a group of protesters led by photographer Nan Goldin threw pill bottles and staged a die-in at the Metropolitan Museum of Art’s Sackler Wing. Their objective? Convincing members of the Sackler family, who have donated money and art to the museum as well as many other art institutions, to help combat the opioid crisis that its company, Purdue Pharma, helped stoke with the development of the painkiller OxyContin. At a time of intense political polarisation and extreme economic inequality in the US, people are starting to pay closer attention to the money behind their museums—where board members’ wealth comes from and where else they spend it.

Those questions helped drive a new project by the artist and professor Andrea Fraser: a book titled 2016 in Museums, Money, and Politics (co-published by the CCA Wattis Institute for Contemporary Art, MIT Press, and Westreich Wagner Publications). It lists the recent political contributions of 2,411 members of the boards of 128 art museums across the country. Fraser focused on institutions that exhibit contemporary art and have budgets over $2.5m, but occasionally relaxed the criteria in order to include at least one museum in every state and Washington, DC. After compiling lists of the institutions’ boards, the artist and her team searched the Federal Election Commission’s (FEC) online database to find contributions of their members during the 2016 and 2018 election cycles.

Clocking in at nearly 950 pages, the document is “a physical manifestation of this sort of scale of the intersection between campaign finance and cultural patronage and governance,” Fraser says. The project began in response to Donald Trump’s presidential campaign and Fraser’s “personal sense of horror at discovering supporters of radical right-wing politicians serving on the boards of arts organisations with which I work”, she writes in the introduction. One of the results she found most surprising was the level of support among board members for Republican causes: 32% gave mostly to conservative candidates or groups, and of the $212.4m total donations recorded, 42% ($89.2m) went to the same.

But “in the course of doing the book, the emphasis shifted from looking for Republican support specifically, to the larger issue of the influence of the wealthy and of donors on governance, both in the state and non-profit sector”, Fraser explains. What the artist and her team found was that, whatever their party leanings, nearly half of all the board members they researched had made political contributions of more than $200—the point at which they must be reported to the FEC—versus 0.68% of the US adult population that did the same. More than a quarter (28.5%) of the board members gave more than $2,700, as opposed to 0.1% of the larger population.

The person they found to have donated the most was Fred Eychaner, who serves on the board of the Art Institute of Chicago and gave roughly $38.5m to Democratic and liberal candidates; next in line was Robert McNair, who was on the Museum of Fine Arts, Houston’s board and gave roughly $11.5m, almost all of it to Republican and conservative candidates.

In some cases, such as the Wexner Center for the Arts in Columbus, Ohio, and New York’s Whitney Museum of American Art, a full 73% of board members made political contributions. In other words, “the correspondence between making political donations and serving on museum boards is very strong”, Fraser says. This raises questions not just about how non-profit arts organisations function but also about the social, economic, and political landscape of the US. As Fraser writes in the book’s introduction: “Do private, non-profit arts organizations funded and governed by wealthy patrons serve to legitimise government by and for the wealthiest members of society?”

The book represents only a first, incomplete step towards untangling the knots that bind museums, money, and politics. But Fraser identifies two key issues that have already come to the fore: “Boards need to be diversified,” she says, and “patronage and governance need to be clearly separated in non-profit institutions”. The conflation of the two, along with “the requirement that board members make financial contributions, fundamentally renders these non-profit institutions plutocratic institutions”. That means that, while museums may promote democratic ideals, they are not democratically run. Board membership, rather than being a charitable or civic act, becomes a way to exercise control.

Figuring out how to make such changes is difficult. Board members are unlikely to be interested in relinquishing their power, so individuals and communities that interact with museums—people like Goldin—will have to demand it. Noting that “this book woke me up,” Fraser says she hopes artists will increasingly seek to join boards and become more active in institutional life, as well as using 2016 as a reference when making plans to show and sell their work. “We talk a lot about the donor class,” she says, “but there’s the problem of the donee class and its dependency on increasingly concentrated wealth. We’re the ones who pursue them relentlessly for money. And so we have to look at our own financial and professional interests in that system and how we contribute to it—and to think about what the alternatives are.”