Artist paid $1,880 for the mini chocolate cake, given as a favour at US President's marriage in 2005, but is tight-lipped about his plans for the baked good The controversial US artist Andres Serrano has bought a miniature wedding cake, given as a favour at President Trump’s marriage to Melania Knauss in 2005, for $1,880 at auction in Boston.

The 13-year-old (rather dry) chocolate truffle cake was one of the favours given to around 350 guests at the Trump’s lavish reception—it still has its own box, “with scattered stains” and monogrammed MDT, and escaped being devoured in a drunken haze on the way home.

Measuring just three inches high, the bijou baked good was “inspired by” the Trump’s actual wedding cake—a $50,000, 200-pound Grand Marnier-soaked sponge affair, which was not served lest Heidi Klum, P. Diddy, Simon Cowell, Hillary Clinton or any of the other guests should choke on its wire infrastructure. 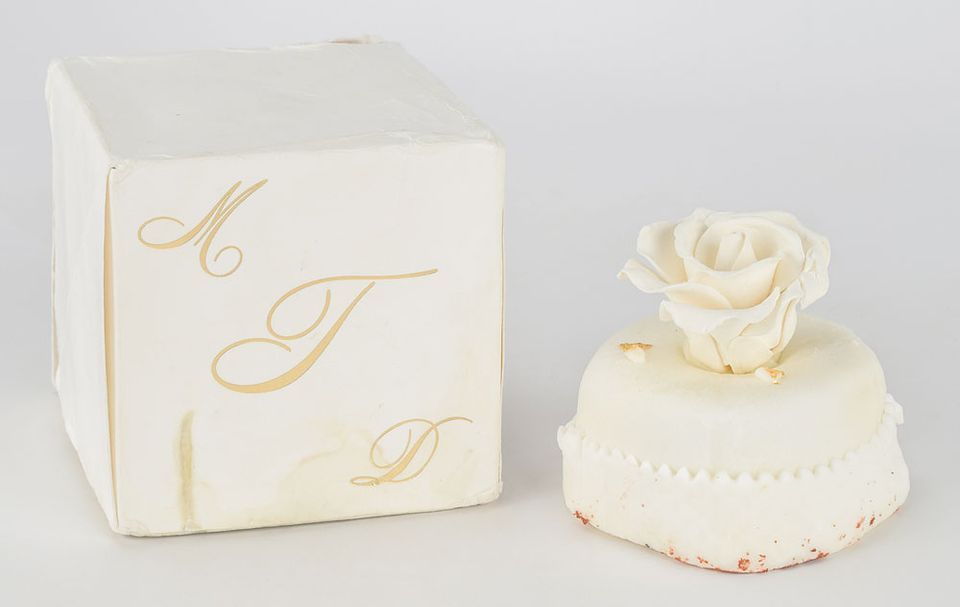 Serrano, who bought the cake at RR Auctions in Boston last Thursday (7 February), is known for his contentious works which use bodily fluids and faeces, most notably Piss Christ (1987), a red-tinted photograph of a crucifix submerged in what was purported to be the artist’s own urine, and his disturbing Torture series (2015), in which volunteers are shackled and persecuted, the artist playing the torturer.

Serrano and Trump have history too—in 2003, he photographed the president as part of his America photographic series (2002-04). In an interview with The Guardian newspaper in 2016, when asked about Trump, Serrano said: “I never speak ill of people who’ve posed for me.”

But the artist is remaining tight-lipped about his plans for the cake. "Artists work in mysterious ways. You never know what they’re up to! I don’t like to talk about things until I’m ready to talk,” he tells The Art Newspaper.