Angola freezes assets of billionaire and her art collector husband

Isabel dos Santos, Africa’s richest woman, is married to Sindika Dokolo who has been working for years on repatriating works to the African continent 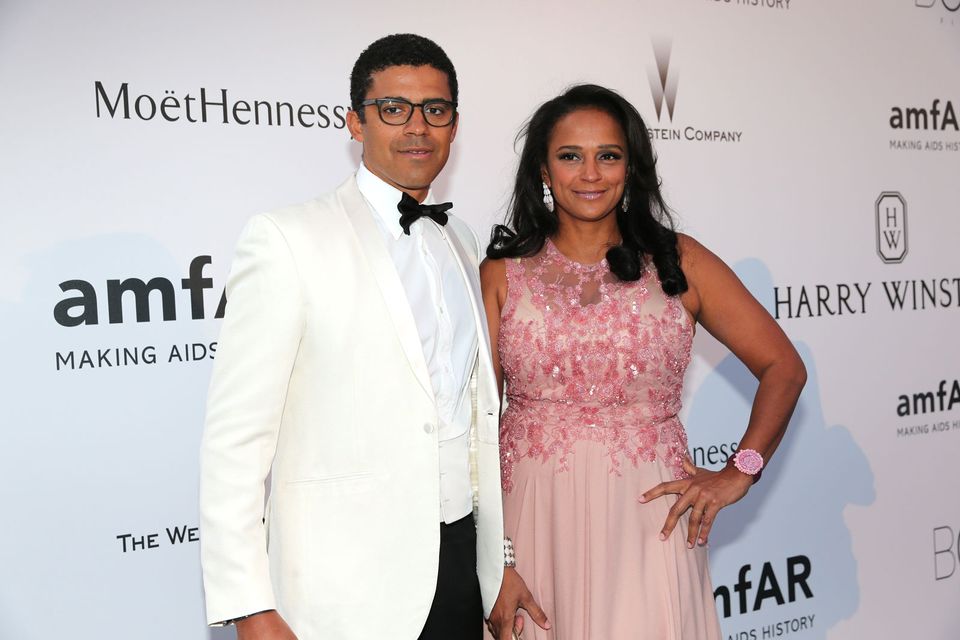 Angola has frozen the assets and bank accounts of Isabel dos Santos, the billionaire daughter of the country’s former president, and her husband, the Congolese art collector Sindika Dokolo who has worked for years to repatriate African art to the continent from Western collections.

Angola’s president, Joao Lourenço, who took office in 2017, is attempting to recover $1bn in state loans he says Dos Santos borrowed and failed to repay during her father’s term in office.

Dos Santos, Africa’s richest woman with a personal fortune estimated by Forbes at $2.2bn, runs a vast business empire with large stakes in Angolan companies across multiple sectors such as banking, telecoms and supermarkets.

In 2016, she was controversially appointed the head of Angola’s State-owned oil firm Sonangol by her father; she was fired from the post the following year by the new president, Joao Lourenço.

President Lourenço also sacked Dos Santos’s half-brother, Jose Filomeno de Sousa, from his position as head of the country’s sovereign wealth fund. Both moves were presented as part of a campaign to combat the crony capitalism of the former president José Eduardo dos Santos.

Isabel Dos Santos has described the charges against her and her family as a “politically motivated witch-hunt”. Speaking to the Financial Times on Sunday, she said she was preparing a legal challenge against President Lourenço’s attempts to dismantle her businesses and “erase the legacy” of the 38-year term of her father. She did not disclose her location but said she had left Angola and is currently in another African country.

On the same day, President Lourenço and his Congolese counterpart, Felix Antoine Tshisekedi Tshilombo, issued a joint statement urging Dos Santos and Dokolo to co-operate fully with authorities. President Lourenço also called for “international cooperation to support the effort to combat corruption and impunity in Angola”, according to a report on Reuters. He said that Angola has the power to trigger legal and diplomatic mechanisms to ensure the return of financial assets “illegally placed abroad”.

In an interview with The Art Newspaper in 2014, Sindika Dokolo first revealed his plans to find and return to Africa important sculptures and masks which had been removed from the continent in the colonial era and which are now in European and US collections. “These works shouldn’t be in private hands, they should be in museums [in Africa]”, Dokolo said, adding that he had assembled a “G.I Joe team of specialists” in London and Brussels to assist with this task.

In the past five years, using the archives of African museums, this team has successfully located 15 looted works in Western collections and negotiated their return to Africa, according to an interview with Dokolo published on Artnet in October.

Dokolo is also a major collector of contemporary African art and owns around 3,000 works by the likes of the South Africans William Kentridge and Zanele Muholi; Barthelemy Toguo (Cameroon); Kudzanai Chiurai (Zimbabwe), and Edson Chagas (Angola), among many others.

This contemporary art collection, which is administered by the Sindika Dokolo Foundation, is based in the Angolan capital Luanda, according to its website, although some works may be stored abroad. Is it not known if Dokolo’s contemporary art has been targeted for seizure by the Angolan government. Dokolo could not be reached for comment.