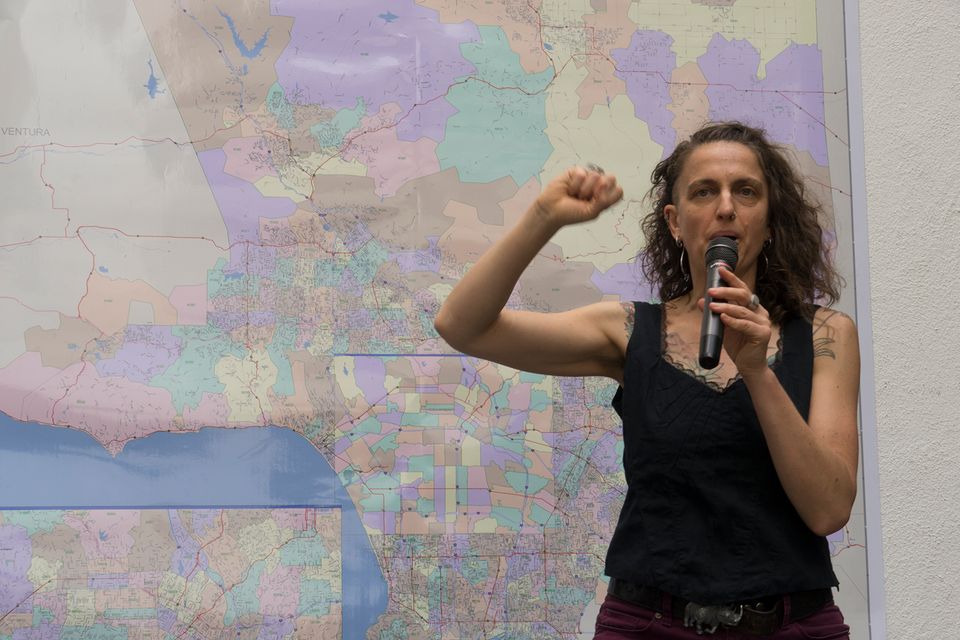 The Getty has long cited the fact that nearly half of Los Angeles has Latin roots as a driving reason for choosing Latin American art as the theme of the second edition of PST. And Antena Los Ángeles, a collective of “language justice” activists and writers, is helping participating museums reach more of that demographic through live interpretation, catalogue translation and at least one Instagrammable project: a Mexican-style cargo tricycle stocked with small-press books, parked in the lobby of the Los Angeles Public Library—a bilingual library within the library. Called the Antena Móvil, it arrives on 21 October.

During the opening week of Pacific Standard Time: LA/LA in September, members of Antena Los Ángeles could be spotted behind the scenes, or just off the side of the stage, at one event after another. They provided near-simultaneous Spanish-to-English or English-to-Spanish interpretation at a fast-talking day-long symposium at the Hammer Museum on Radical Women, which visitors could access through multichannel headsets, and at a panel on “public art and political dissent” tied to the Los Angeles Public Library’s installation of Oaxacan murals. They also facilitated a bilingual kickoff event for the Los Angeles Filmforum’s series on experimental cinema in Latin America.

And the PST requests are still coming, says Jen Hofer, the poet-teacher-translator who co-founded Antena Los Ángeles and its sister organisation Antena. “More folks are starting to realise that it would be useful to have interpreters at some of their events. So we are getting some late-in-game requests,” she says, noting that the group works with partners for the live events because they are so physical exhausting—“also exhilarating, intellectually challenging, engaging and lots of fun,” Hofer adds. 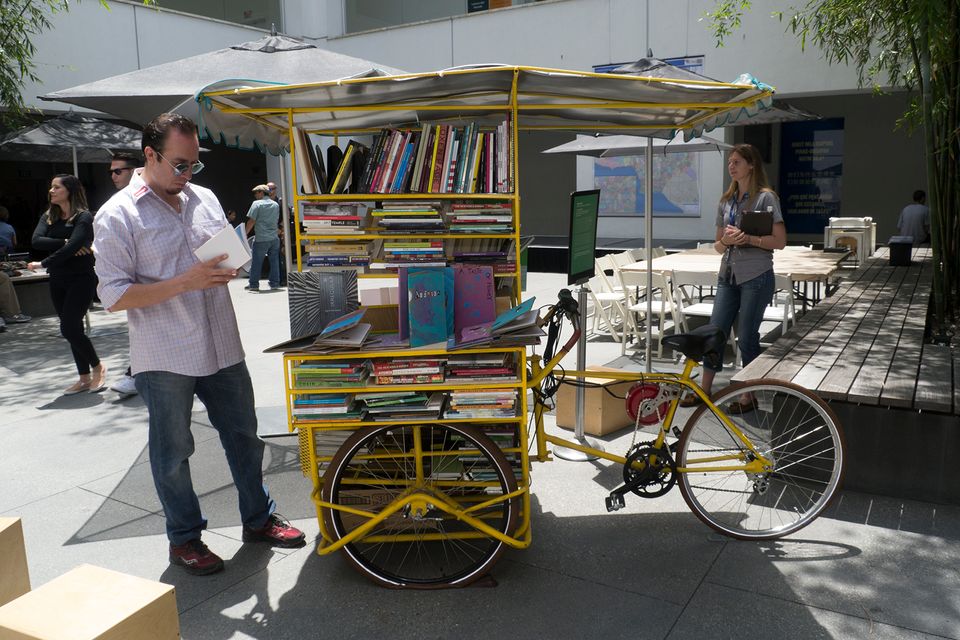 Antena Móvil at an event at the Hammer Museum

That is on top of longer-term PST projects like catalogue translations. Either on behalf of the collective or individually, Antena Los Ángeles members have been hired to translate PST books from English to Spanish or vice versa, including REDCAT’s The Words of Others, a Spanish-language text-collage by León Ferrari; the catalogue for How to Read El Pato Pascual at the MAK Center for Art and Architecture; and the Martín Ramírez catalogue for the Institute of Contemporary Art, Los Angeles (ICA LA), soon to be published in a Spanish-language edition.

Usually, the collective does most of its work pro bono, helping what Hofer calls “low-budget or no-budget grassroots groups” like the Los Angeles Tenants Union and immigrant rights clinics working to achieve “language justice”—the idea that everyone deserves to communicate in the language they find most comfortable.

Historically, museums have been the most accessible and most welcoming to people who are more white, more educated and have more money

The paid projects at PST help to subsidize the pro bono work. But their interests also align with PST's underlying objective: creating a more diverse audience to counter the fact that “historically, museums have been the most accessible and most welcoming to people who are more white, more educated and have more money”, as Betty Marín, another collective member, puts it. (The other core members are Ana Paula Noguez Mercado and José Eduardo Sánchez.)

Still, they have seen enough museums in the past embrace bilingualism just for a one-night event or one-time exhibition to remain a bit sceptical. Hofer points out that the Radical Women catalogue “is monolingual English, which is a very obvious omission if you think about the content and potential audience of that catalogue”.

And Marín notes that they recently turned down requests to work on larger bilingual initiatives under way at the ICA LA and the Main Museum, two new arrivals downtown, because of the anti-gentrification goals of the other organisations they support. They say they had already signed on to translate the Ramírez catalogue for the ICA LA before having these ethics conversations internally, so decided to honour that commitment.

“We knew funding for the Main Museum came from Tom Gilmore, a developer who has already contributed to a lot of displacement downtown,” said Marín. “That was a clear conflict for us. We felt we couldn’t support that work.”