The museum stands by its ownership of The Actor, which it says was never in the hands of Nazis 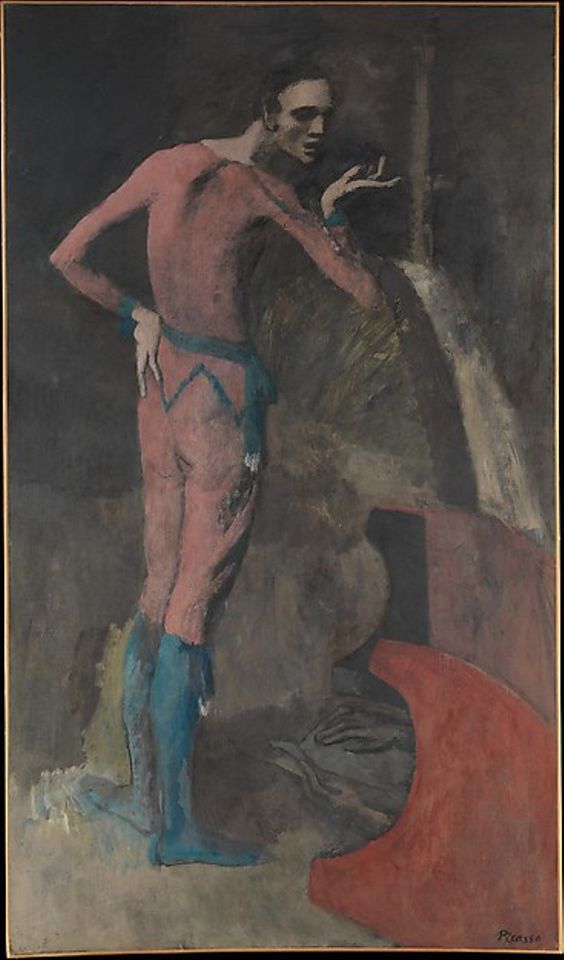 The legal battle over Picasso’s painting The Actor (around 1904-05), which now hangs in the Metropolitan Museum of Art, is not quite over. An appeal has been brought in federal court in New York by the estate of Alice Leffmann, challenging a lower court’s dismissal of its claim on the work, which it says was sold under duress during the Nazi era. The Met is opposing the appeal and stands by its ownership of the painting.

Now one of the most recognised works from Picasso’s “Rose period”, The Actor was once owned by the German Jewish collector Paul Leffmann, who sold it in Italy in 1938 for $13,200, allegedly far below market value, as he and his wife Alice sought to flee a fast-Nazifying Italy, having already escaped Germany. The painting later made its way to New York’s Knoedler Gallery, where it was bought in 1941 for $22,500 by the American collector Thelma Chrysler Foy, who gave it to the Met in 1952. The case is significant because of the potential impact on claimants who seek the restitution of works sold by Jewish families to raise cash to fund their escape from the Nazis.

In dismissing the lawsuit in February, US District Court Judge Loretta Preska said the estate had not met the legal test for duress under the law of either Italy or New York. While acknowledging a general “economic pressure during the undeniably horrific circumstances of the Nazi and Fascist regimes,” the judge said, the Leffmanns had time to review and negotiate other offers before agreeing to the $13,200, and had other—albeit vastly reduced—assets.

On appeal, the estate says the situation faced in 1938 by the fleeing Leffmanns in Florence, where Adolf Hitler was parading through the neighbourhood, was duress. “You either sell or face an unspeakable fate,” the estate says in its filing, calling the sale a “desperate act of survival during the most horrific of circumstances.” The estate adds that the lower court’s decision is inconsistent with US policy as shown by the recently passed Holocaust Expropriated Art Recovery (HEAR) Act, which extends the time limit for claims on Nazi-era art cases, and which the court did not address. "As the appellate brief makes clear, the HEAR Act is a clear statement of US policy favouring the restitution of art lost as a result of persecution by the Nazis and its allies," says the estate's lawyer Ross Hirsch of Herrick, Feinstein. "As a technical legal matter, the HEAR Act is also relevant to, and dismissive of, the Museum’s statute of limitation and laches defenses. However, the district court did not reach those defenses in its decision."

The Met argues that the estate is asking the court to expand the law of duress, which would upset the rights of those who have bought art in good faith. The Leffmanns sold the painting on the open market in 1938 and brought no claim for it when they sought to recover other lost assets after the war, the museum says, adding that it has handled the claim with “appropriate sensitivity to the historical circumstances” and denied it only after voluminous research. “The Museum respectfully stands by its conclusion that it is the rightful owner of this painting, which was never in the hands of the Nazis and never sold or transferred in any unlawful way,” David Bowker, an attorney for the Met, says.

The case has attracted the attention of groups and individuals who have filed amicus briefs in support of the Leffmann estate, including the Holocaust Era Restitution Project, B’nai B’rith International, the Simon Wiesenthal Center for Human Rights and others. The court should take into account that the Nazis wove an “all-encompassing web” to extract all Jewish assets for the Reich, the Wiesenthal Center says, adding that sales under those circumstances should not be viewed as ordinary commercial transactions.