The new discovery is in Dhi Qar, southern Iraq, home to many archaeological sites including ziggurat temples, ancient burial grounds, and the so-called Home of Abraham (pictured) Photo: Aziz1005

An ancient urban settlement believed to date back to pre-Babylonian times has been uncovered in a desert in southern Iraq. According to the Middle Eastern news site Al-Monitor, a group of Russian archaeologists and Iraqi colleagues made the discovery on 24 June in the Tell Duhaila area in Dhi Qar governorate, around 30km from the ancient city of Ur. The find joins a list of more than 1,200 archaeological sites in the region—some yet to be excavated—in what was once part of the delta of Mesopotamia, often referred to as "the cradle of civilisation".

"According to initial speculation, the city could be the capital of a state founded following the political collapse at the end of the ancient Babylonian era [around the middle of the second millennium BC], which caused the systematic destruction of the Sumerian civilisation’s urban life,” the head of the Russian excavation, Alexei Jankowski-Diakonoff, told Al-Monitor. The team began their research in the area in 2019.

Artefacts uncovered at the site include an oxidised arrowhead, traces of stoves and clay camel statues dating back to the early Iron Age. Speaking of the significance of the site, Jankowski-Diakonoff says that it "reveals the first development in agriculture using silt in Mesopotamia" adding that it "contains remains of the material from the period that preceded the emergence of the Sumerian civilisation". 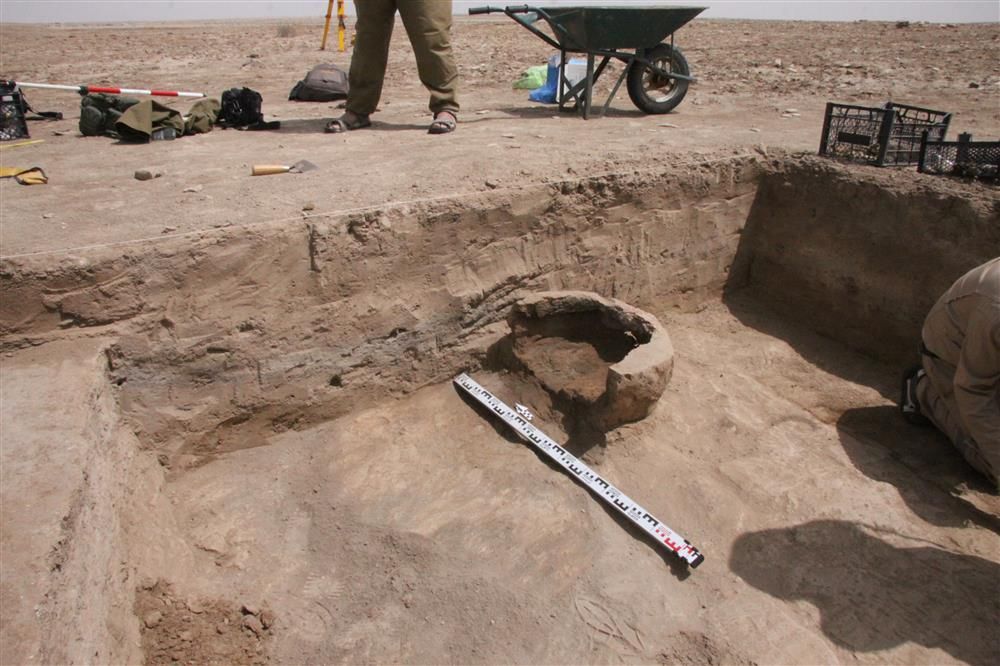 Jankowski-Diakonoff says further investigation at the site may potentially reveal items with cuneiform writing in an "undisturbed archaeological context", which would be "extremely important". From October, teams from international universities and museums, including 10 Italian, American, French, British and Russian missions, are scheduled to explore the vast area of Dhi Qar.

Amer Abdel Razak, the antiquity director in Dhi Qar, told Al-Monitor that the site had been discovered and registered with the Dhi Qar Antiquity Department as "an extremely significant archaeological site" ahead of the Russian team's arrival in Iraq. However, without funding and support from the Iraqi government, it often falls on foreign archeologists to excavate the land.

The head of the Culture, Tourism and Antiquity Committee in the Iraqi parliament, Sumaya al-Ghallab, says that the country needs to secure "the necessary funds and protection for excavation teams" and create "a strategy for an excavation and research process covering the entire archaeological map in Iraq".