Ancient rock art near Texas-Mexico border could be lost forever 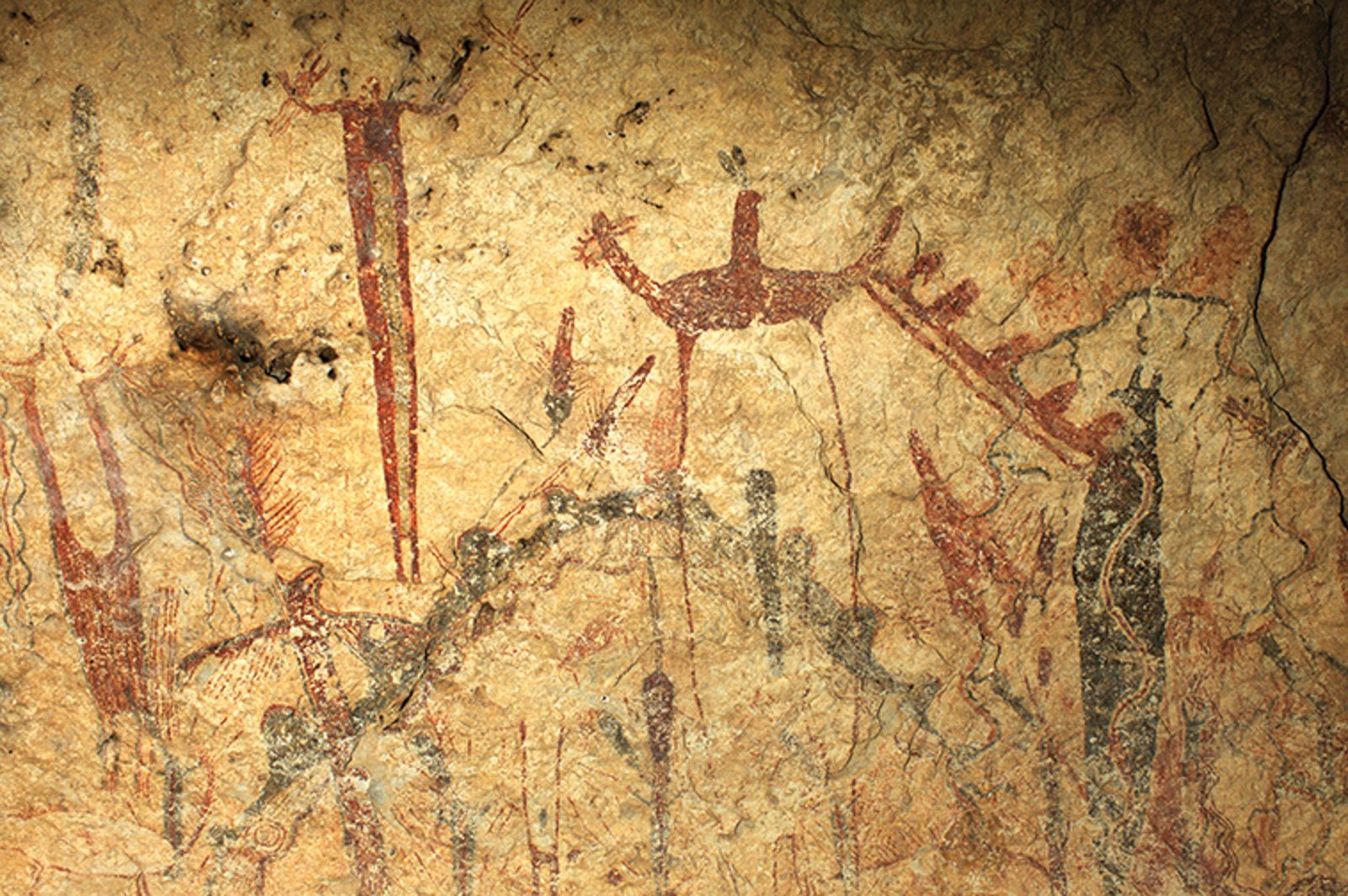 Archaeologists have completed initial documentation of more than 230 works that are between 1,500 and 4,200 years old Courtesy of Shumla Archaeological Research and Education Center

Archaeologists working on the Texas-Mexico border have documented more than 230 ancient Indigenous pictographs and narrative murals that could soon disappear due to natural and human causes. There is “an urgent need to expediently document as many sites as possible before they are lost forever”, says the archaeologist and artist Carolyn Boyd, who founded the Shumla Archaeological Research and Education Center, the non-profit organisation that oversees the Alexandria Project, a $3m initiative to locate and preserve the ancient rock art of the Rio Grande region, which is under threat from increased flooding, as well as drug cartel activity.

The archaeological region known as the Lower Pecos Canyonlands Archaeological District extends around 50 miles north of the Texas border and 60 miles south into Mexico, with the highest concentration of known sites spanning a 70-mile stretch of the Rio Grande between the cities of Del Rio and Dryden. The striking rock paintings found in the area, made between 4,200 and 1,500 years ago with red, white, black and yellow pigments that were methodically applied in intertwining layers, show complex scenes of humans, animals and rituals. Some sites face flooding damage from a downstream reservoir, while others are inaccessible to researchers due to Mexican cartels that operate in the area.

“Although we have never had direct contact with cartels, we can feel their presence,” Boyd says. The team of four to six archaeologists and interns are accompanied by armed guards or National Park Service rangers while on-site. “We had hoped to take the project further south into Coahuila, Mexico, but were advised by our Mexican colleagues to wait.”

Everything in the murals carries meaning—not just the images or their form and colour, but even the process of the artists, including the order of how the paint was applied

The project is named after the ancient Egyptian Library of Alexandria, a trove of knowledge that caught fire 2,000 years ago, to underscore the urgency of documenting and attempting to decipher these ancient paintings, which reveal significant stories of North America’s past. “Everything in the murals carries meaning—not just the images or their form and colour, but even the process of the artists, including the order of how the paint was applied, where it is placed on the landscape, and how the sun and moon interact with the images,” Boyd says.

Most of the sites have not been documented until now because they are located on private land, requiring landowners to discover and make sites available to researchers. Archaeologists have provided “educational and outreach programming to the landowners in the area to inform them about what we are learning and the significance of the art, to establish goodwill”, Boyd says. “We rely on them to protect the sites—and so far it’s working.”

The organisation spearheaded a motion in 2015 to designate the archaeological district a National Historic Landmark, which was signed in January last year. The protected area now encompasses 35 representative sites that are mostly on private property but will be accessible to researchers and the public as the project begins a process of digitising the rock art in the coming months.

The first phase of the initiative was completed last December, with baseline research that included taking high-resolution photographs, creating three-dimensional models and recording iconographic data of the sites, which have been ranked according to their research potential and threat level. The second phase will involve intensive documentation and analysis of the murals, including assigning reference codes to every figure in each mural, describing images in detail, and performing radiocarbon dating at all the sites.

“Full documentation of the entire region could take several lifetimes,” Boyd says, although the project team believes there have already been  several breakthroughs in their research. “When you visit over 230 sites in less than four years, you begin to see patterns and recognise the hand of a specific artist and the recurrence of certain types of figures. It’s not uncommon to have a team member point to a figure and cry out that they know that artist.”

The painter Ashley Busby, who earned her MFA in painting at Texas Tech University, is also helping the archaeologists understand how the ancient images were made by replicating the artists’ methods of paint application. “We knew the art was sophisticated, but Busby is revealing amazing details about the painting process,” Boyd says.

“Busby and I just finished a manuscript about a motif in the Pecos River style of art that represents breath and speech,” Boyd adds. “As we were examining and illustrating the figures, we discovered that the artists used the direction of a brushstroke to distinguish between the exhalation and inhalation of breath. Simply stunning.”