Archives of Ivan Chermayeff, the designer behind Smithsonian sun and MoMA logo, donated to New York’s School of Visual Arts 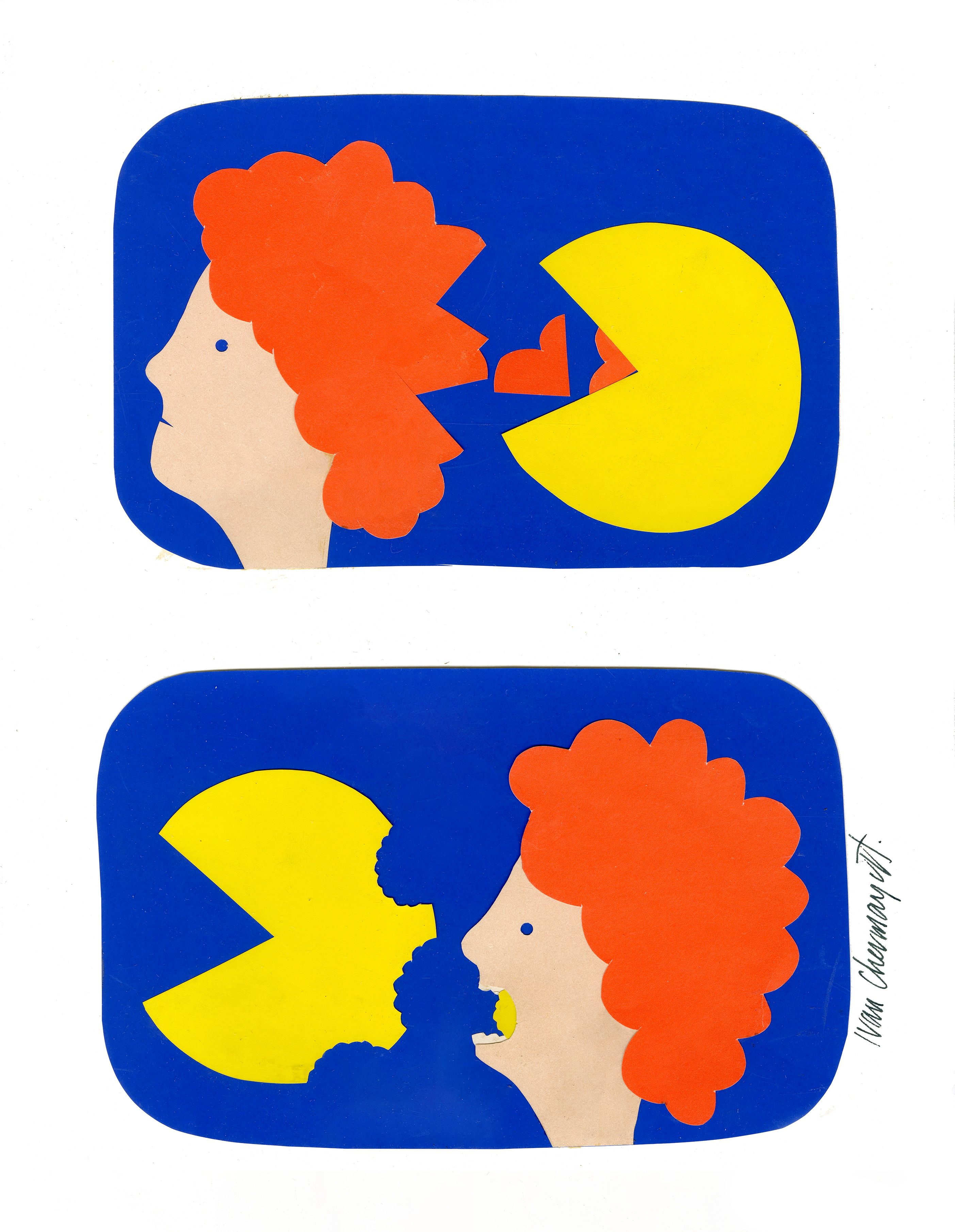 Around 700 works by the influential designer Ivan Chermayeff, the man behind the logos of major companies and institutions such the Smithsonian in Washington, DC and the Museum of Modern Art in New York, have been donated to the School of Visual Arts’ Milton Glaser Design Study Center and Archives in New York. The expansive gift, made by the designer's children, Maro, Catherine, Sasha, and Sam, contains works from as early as 1952, when Chermayeff was still a student at the Institute of Design in Chicago, all the way to 2017, the year of his death. The collection includes not only paintings, prints, book covers, and more from Chermayeff’s professional practice as a designer, but also his personal artworks, which notably include the playful collages he was known to create in his spare time.

“The Ivan Chermayeff Collection includes the finest examples of Chermayeff’s work, both commercial and personal,” says Beth Kleber, the head of archives at the Milton Glaser Design Study Center and Archives. “His remarkable collages and other original works represent a sort of process-driven visual diary, a window into his creative mind.”

Kleber adds that the SVA’s archives already have significant holdings from the design firm Chermayeff & Geismar, but this is almost entirely final printed material. “The Ivan Chermayeff Collection contains original art for some of these projects, including posters, album covers, and book and magazine illustration,” Kleber says. “In addition, the collection provides an overview of his mostly unseen early work.” 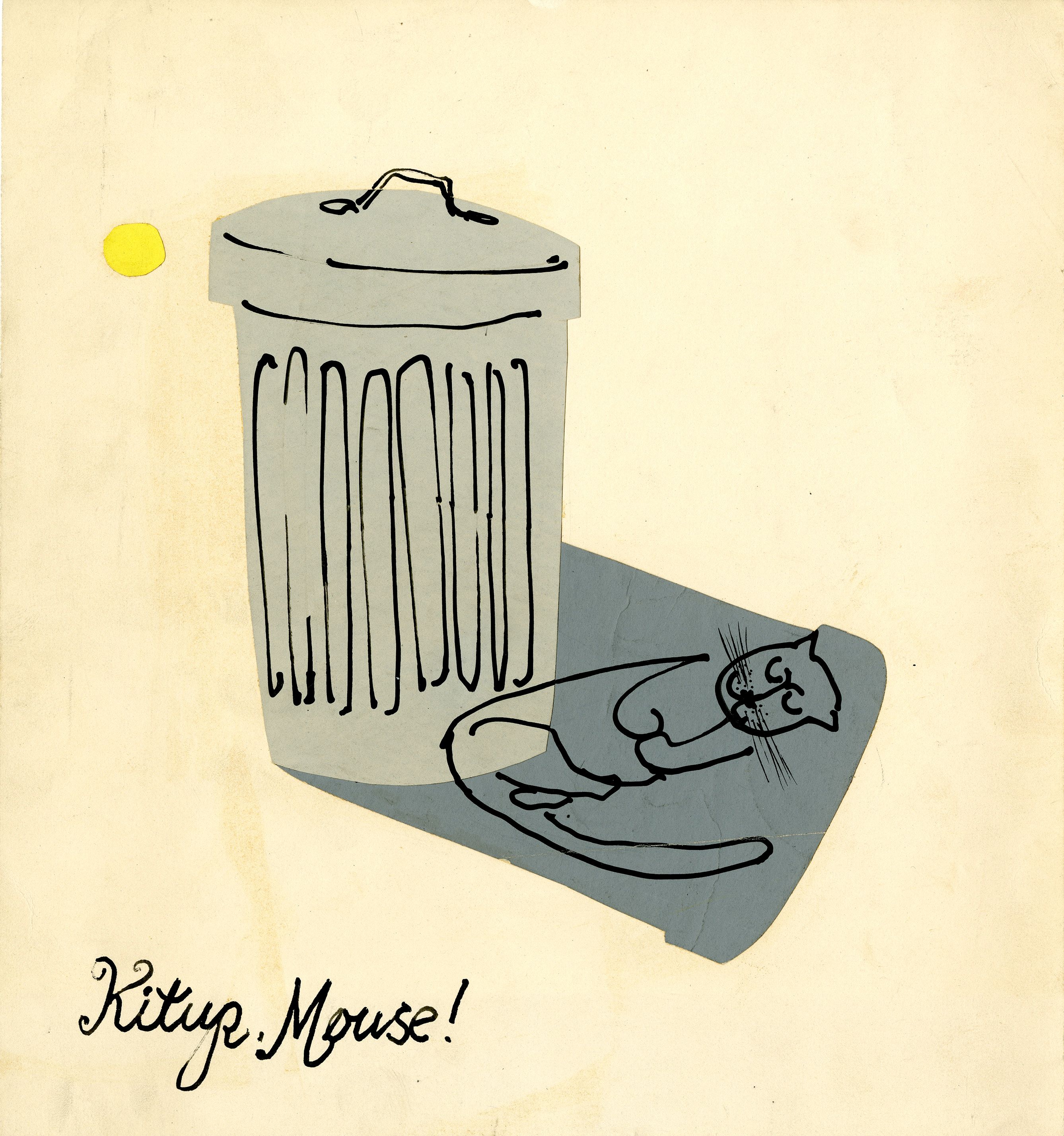 Among Chermayeff’s countless, immediately recognisable designs are the Smithsonian’s yellow sun and the Museum of Modern Art’s ‘MoMA’ logotype. In 1957, he founded a design firm with Tom Geismar and Robert Brownjohn. The company was known for its Modernist, simplified design and bold use of colour, as seen in the purple torch of New York University, the blue-and-white open book of the Library of Congress, and many more.

“In addition to his tremendous influence as a designer for commercial projects, Chermayeff created this significant body of non-commercial work that both fed and complimented his design practice. These pieces, beautiful and witty and surprising all on their own, are free-associated compositions that invite the viewer to interpret and identify the parts that make the whole,” says Kleber. “The framed mixed media collages are particularly compelling. They often contain discarded items Chermayeff collected—gloves, envelopes, scraps of paper—which take on new meanings and relationships when placed together. Chermeyeff was drawn to the immediacy of collage; you can nearly feel his presence in the process.”

Chermayoff was a longtime faculty member at SVA, and his daughter, the filmmaker Maro Chermayoff, is the chair of the university’s MFA Social Documentary Film programme. “As his collage works reflect, he was a collector,” Maro says. “Nothing was not worthy of a second life in his collages.” Ivan began teaching at the university in the late 1950s, only a few years after SVA established its design department. He remained a faculty member for a few years before leaving in the 1960s; he then returned in 2010, when he developed an honours design course at the university.

"Bringing much of my father’s design and collage work to the permanent collection at the School of Visual Arts was enormously exciting for myself and my siblings,” says Maro Chermayoff. “It was an obvious home for the works. My father loved students, he loved sharing ideas. He was the ultimate critic, and at the same time an unrelenting supporter of talent. He would be so pleased to know that students could continue to partake of his thinking and design ideas.” The designer’s daughter also added that her father’s “sneaky sense of humour— which exists in his work—can now be shared through access to the SVA archive for generations to come.”

about 16 hours ago
'It is like spring in the art world': A more civilised, 'humane' Frieze New York bodes well for the market