Are exotic islands and big bucks the way to an artist’s heart?

As artists and their estates become choosier about representation, galleries are going all out to keep them happy 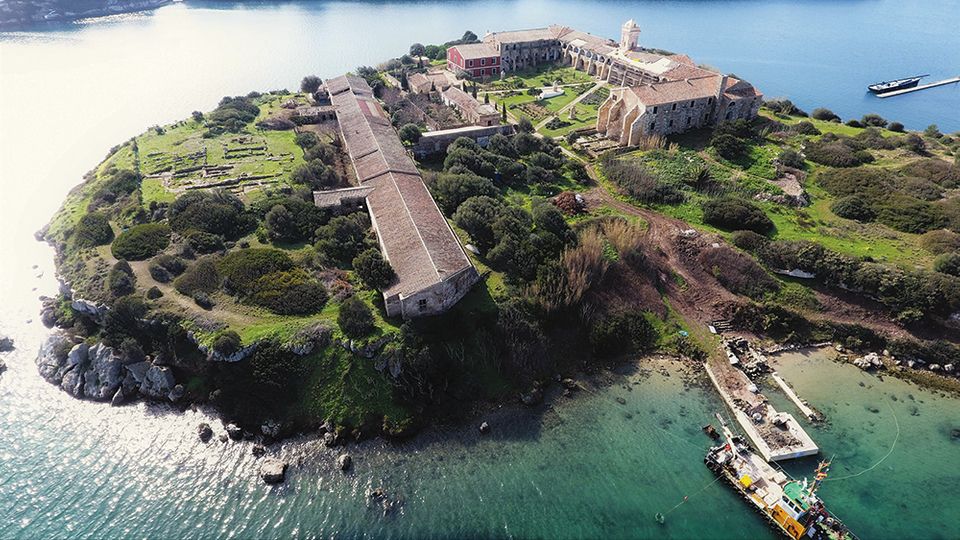 “As with everything we do, such big decisions are really artist-driven. We go where they go and where they want to be,” says Marc Payot, a partner and vice president of Hauser & Wirth. He is speaking of the gallery’s next venture: an art centre due to open on Menorca’s Isla del Rey, off the coast of Spain, in 2020.

Artist residencies are at the heart of the estimated €4m Balearic project, which was formally announced in June although the Menorcan media has been following Hauser & Wirth’s battle for planning permission for a couple of years. Unsurprisingly, Payot says each of the gallery’s artists who has visited the site has “expressed excitement about the possibility of exhibiting, working and even living there”.

Launching galleries with adjoining apartments in sun-drenched locations, as Thomas Dane has done in Naples and Victoria Miro in Venice, is one way in which larger galleries are evolving in an increasingly competitive market—and, crucially, keeping their stables happy, lest they be tempted to stray.

Other mega-galleries are courting artists and estates with sheer muscle (and money), whether that be through offering a whole range of services under one roof, as with Gagosian and Lévy Gorvy, or establishing publishing programmes in the case of Hauser & Wirth, which is partnering with the Los Angeles Review of Books to launch the Little Literary Fair, LITLIT, in Los Angeles on 20-21 July. Multi-million-dollar pay cheques or donations to an artist’s charity of choice are also incentives for an artist to switch allegiance. In 2015, the year Mark Bradford signed for exclusive representation with Hauser & Wirth, the gallery gave $800,550 to the artist’s charity, Art + Practice (A+P), while White Cube (which then represented the artist) made a contribution of $1.4m. In 2016, after Bradford left White Cube, Hauser & Wirth donated $3.6m, and White Cube, nothing.

In June, Kenny Schachter reported on Artnet that Hauser & Wirth paid $35m to snag the estate of John Chamberlain from Gagosian in May (the artist defected to Gagosian from Pace Gallery in 2011, shortly before he died). Schachter also claimed the gallery paid the same amount to David Hammons, up front, to persuade him to have a solo show at its Los Angeles space in May. (The artist has resisted representation by any gallery and shows rarely.)

According to Payot, the Chamberlain family was drawn to the gallery’s “mission to challenge conventional gallery models and our emphasis on publishing, scholarship and education”. The Swiss conglomerate opened a new publishing headquarters in Zurich last month around the same time it sent out a two-volume bound set of catalogues to 3,500 collectors ahead of Art Basel.

Off-piste locations were also a lure for Chamberlain’s estate, Payot says. “They were energised by what we’re doing in Somerset, Los Angeles and St Moritz, which was one of Chamberlain’s favourite places.”

If Hauser & Wirth is positioning itself as a more approachable lifestyle gallery, Gagosian is emulating something closer to an auction house by bringing a tiered system of private sales, estate management and art advising under one roof. In April, Gagosian Art Advisory launched as a separate entity to the gallery, but they will inevitably share some resources.

“All options”, including Gagosian’s own gallery, will be considered when it comes to advising clients where to buy, as well as concerning private sales, according to Laura Paulson, the president of the new firm. “You have to be very transparent and give the best advice for the best outcome,” she says. “It’s not just about Gagosian’s stable, although it has wonderful artists and it would be terrific to work that way, but it’s not exclusive to that.”

Gagosian director Kara Vander Weg, who organised a symposium in Paris in June on estates and legacy planning, points out that a gallery “isn’t just about selling art these days”. She adds: “Larger galleries have become much more ambitious in terms of what they do—their programming, their services, everything.”

Size is not everything, however, and some artists are eschewing all-encompassing operations for more modest ways of doing business. Cecily Brown left Gagosian in 2015 after 15 years, opting to go with what she described as the “more intimate” gallery, Thomas Dane.

Indeed, US galleries are perceived as more direct in their ambitions. Glenn Scott-Wright, the co-director of London’s Victoria Miro gallery, says the Los Angeles-based artist Njideka Akunyili Crosby has been approached “by pretty much every major gallery in New York” over the past couple of years. “Some just turned up at her studio and were very forceful—a lot of the big American galleries can be quite aggressive,” he says. “But David [Zwirner, who now also represents Crosby] didn’t do that—he came through us.

The European dealer Thaddaeus Ropac espouses a more local approach to representation. “World representation doesn’t work in an artist’s favour; it’s better [for them] if there is competition between a few galleries,” he says. David Zwirner is of the same opinion. In June, he said on the podcast In Other Words, “Very often, what’s best for the artist is actually a collaboration with different galleries and while that might be a little less for me to sell, the long-term picture, we have a happy artist.” He added that this also means that galleries can “share the problems: let’s say bidding at auction together on something that needs to be protected, paying for production that’s unusually expensive”. Drawing a football analogy, he added: “You want to dribble a little bit, but you want to pass plenty.” The Robert Rauschenberg Foundation took a similar view in 2015, leaving Gagosian for a triplet of blue-chip galleries with feet in different markets: Ropac in Europe, Pace in the US and Asia, and Luisa Strina in Latin America.

Museum-style loan shows are another popular tactic for advertising a gallery’s scholarly capabilities. Ropac, who is mounting a loan show in Paris to mark Joseph Beuys’s centenary in 2021, says non-selling exhibitions are “very costly” but can prove popular with the heirs of artists. “There is a race between galleries. You go out of your way to do the best possible for your artists and foundations,” he says.

And this is why dealers fork out so much for estates, even when the works don’t always bring in the big bucks. In addition to often providing a source of fresh works, as Michael Shnayerson, the author of Boom: Mad Money, Mega Dealers and the Rise of Contemporary Art, points out: “galleries can associate their names with the famous dead artist, and send their work around the world”. He adds: “You can burnish your image as a mega dealer and that credibility brings in other artists who may be more commercial.”