While Burning Man is cancelled, festival art finds a home in Las Vegas 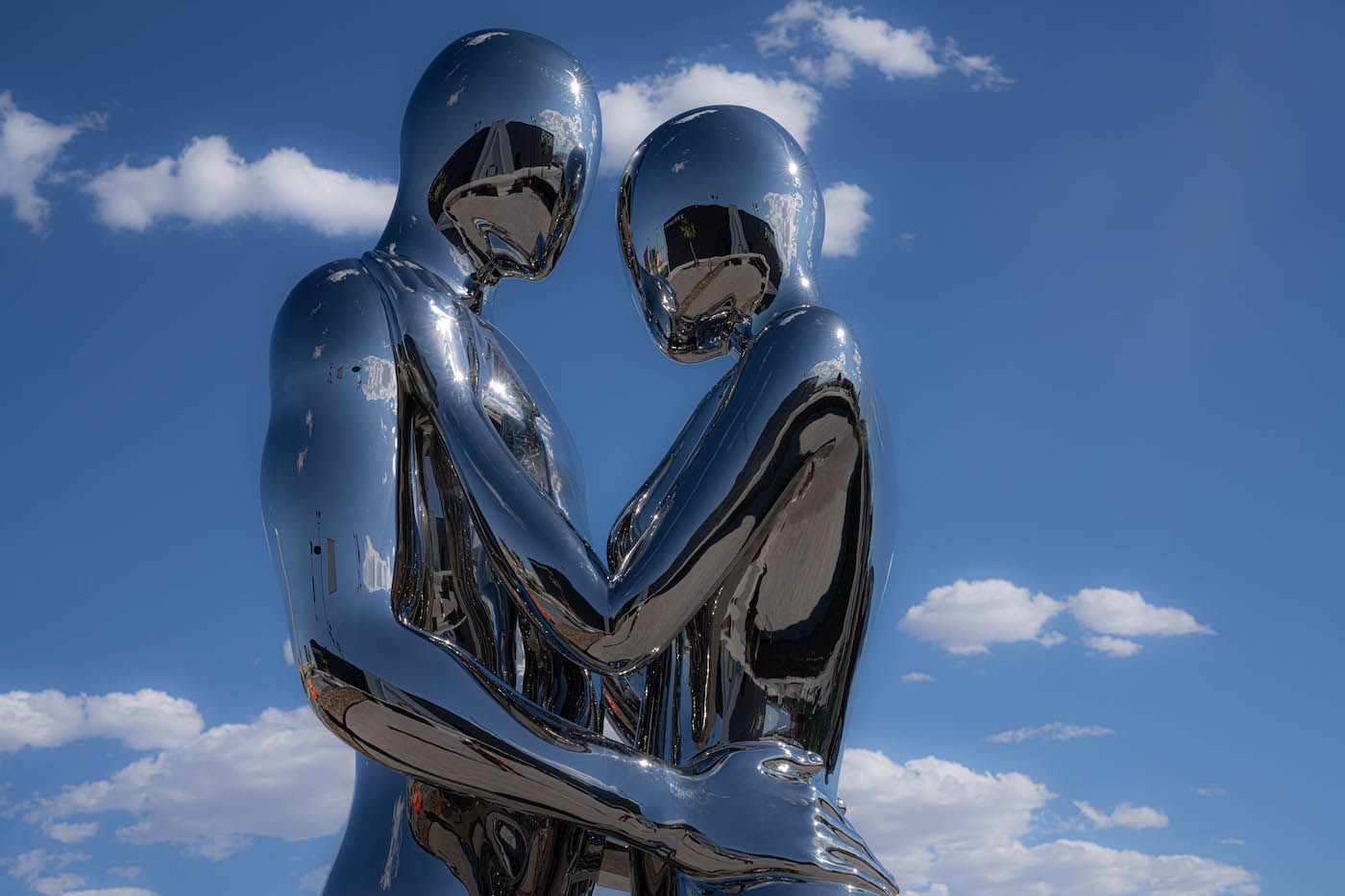 Michael Benisty, In Every Lifetime I Will Find You (2019) Peter Ruprecht

An outdoor art gallery devoted to works most commonly found at music festivals is slated to open in Las Vegas in September as part of Area15, an immersive arts and music entertainment complex. The space, called Art Island, responds to the arts and cultural production of desert festivals such as Burning Man in Nevada’s Black Rock City, which was cancelled this year due to the Covid-19 pandemic. According to Winston Fisher, the chief executive of Area15, the space offers a “brand-new, ongoing opportunity to engage with the theatrical, interactive artwork synonymous with these events while many popular festivals are being postponed”.

The 10,000 sq ft open-air gallery flanks the entrance of Area15 and will launch with around ten works, including a mirrored 14-ft sculpture of a couple embracing by the Belgian artist Michael Benitsy called In Every Lifetime I Will Find You, which the artist debuted at Burning Man last year. And a 15-ft tall fire-breathing dragon called El Scorcho by Ivan McLean has been newly commissioned by Area15.

Michael Beneville, the chief creative officer of Area15 and the chief executive of the New York-based creative agency Beneville Studios, says his vision was to “create a place to serve artists and to bring the public closer to a type of art that isn’t often seen unless you make it out to a festival in some distant place”. Works of this nature are “usually installed for a week or less then dismantled and put in a warehouse, but now the public can experience it and potential buyers can also see the work fully assembled and in its full glory rather than in photographs.” 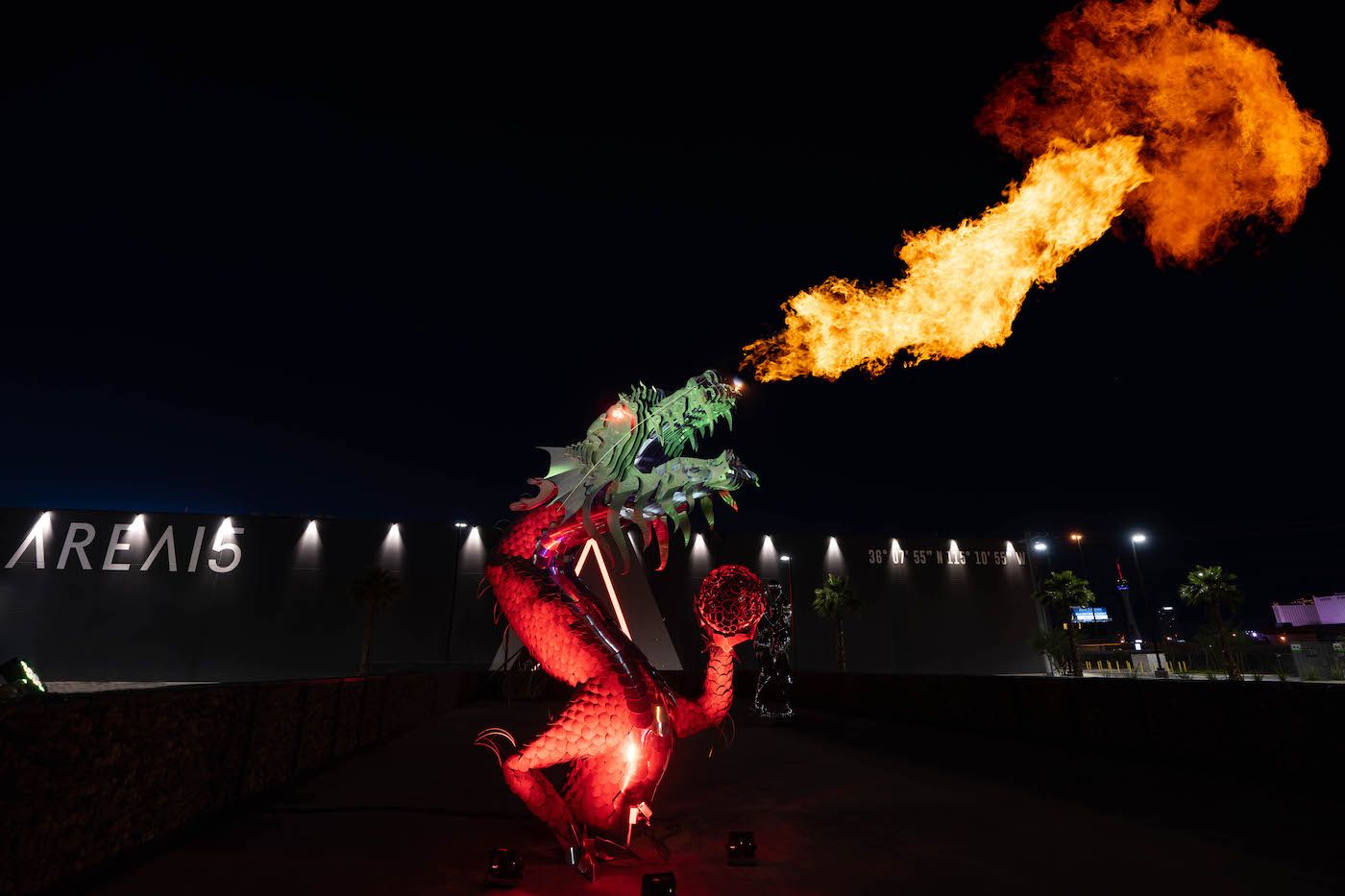 The project also acknowledges the “growing collector audience for this burgeoning outdoor art form”, says Beneville. The pieces, which are being offered in the $100,000 to $300,000 range, will rotate when sold or after around six months.

“Las Vegas already has some extraordinary art embedded all throughout—like the casino collections and other installations and works placed everywhere—but sometimes you can’t see it because there’s so much else going on around it,” Beneville says. “This project was about creating a place where art can live as it would in a gallery and to bring something additive but non-elitist to the city.”

The organisers plan to launch a series of in-person outdoor events to see the works called Escape to Art Island in mid-August, but the opening date for the Area15 complex remains tentative due to the Covid-19 pandemic, as cases of coronavirus have spiked in Las Vegas after the city reopened its casinos this month. “While September is when we hope to open, Covid-19 will determine the reality of that and how many people we can have visit the space when it does open, even though this is a place where people can safely socially distance,” Beneville says.