The new documentary Wisdom Weavers of the World is being released on 22 April to mark the 50th anniversary of Earth Day. © Ian Merculieff and the WWW film crew

As the world faces sudden and catastrophic change in light of the coronavirus (Covid-19) pandemic, there is an even larger crisis looming: climate change. Instituted in 1970 to raise awareness for environmental protection measures, this year marks the 50th anniversary of Earth Day, now celebrated annually on 22 April in nearly 200 countries. While billions of people around the world must stay at home in light of the current public health emergency this year, artists are offering plenty of free and accessible opportunities to show Mother Nature a little love from indoors.

Feminist artist and activist Judy Chicago—an early pioneer of ecofeminism thanks to her Immolation photo series from the 1970s—has launched the Create Art for Earth initiative with the help of the actor and activist Jane Fonda, curator Hans Ulrich Obrist and the New York-based artist Swoon. Inviting artists from around the world to make and submit work responding to the climate crisis and envisioning a better, sustainable world, the works will eventually be displayed in a physical and virtual exhibition through London’s Serpentine Galleries, with the support of Greenpeace and the National Museum of Women in the Arts in Washington, DC.

“Over the last few decades we have witness the melting of Arctic ice, the warming of the oceans, massive wildfires, dramatic changes in weather patterns, the extinction of hundreds of living creatures—a series of pandemics now,” Chicago says in an open call for submissions she issued on her Instagram this week. “The question is: will we finally pay attention and WAKE UP before it is too late for all of us?”

If a sobering wake-up call is some how still required, a new documentary produced by Academy and Emmy award-winner Jeffrey D. Brown offers just that. Chronicling a meeting of Indigenous elders hailing from Alaska to Australia, Wisdom Weavers of the World—named for the global network of Indigenous elders, artists and activists of the same name who organised the four-day meeting—was shot in Hawaii where Ilarion "Kuuyux" Merculieff, an Alaskan Unangan leader, gathered a dozen other elders in November 2017. The stunningly captured, unprecedented conference reveals how Indigenous peoples are increasingly at the forefront of global struggles against habit destruction and climate change.

"Mother Earth is crying for her human children," Merculieff says in the 14-minute documentary, which is premiering in 12 languages on the Wisdom Weaver’s website for free at 1pm EST on Earth Day. "She has lived for billions of years. She'll live for more. It's a question of whether or not we human beings are going to live." 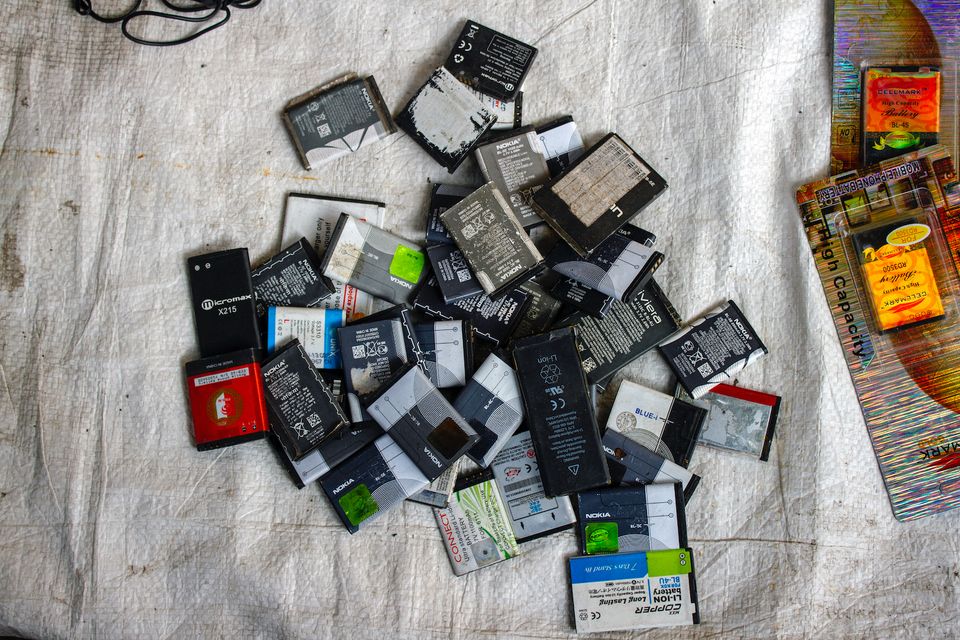 Batteries the artist gathered in the Mustafabad Market in Delhi, India, 2015; photo from the series Technology Time (2011–ongoing) Courtesy of Julia Christensen

Meanwhile, the US-based artist Julia Christensen surveys how humans are increasingly changing the Earth in a virtual conference hosted by the Los Angeles County Museum of Art (Lacma) with Rhizome curator Aria Dean and museum archivist Jessica Gambling. Discussing the artist’s forthcoming book Upgrade Available, a multimedia project and (now virtual) exhibition of the same title, the speakers will explore how “upgrade culture”—a term Christensen has coined to describe the cultural phenomenon in which humans have developed an insatiable urge to modernise their electronics—permeates our personal lives and reshapes the environment.

Christensen’s book, which will be published next month, details her years-long institutional and scientific research into obsolete media, as well as her travels to hotspots of electronic waste like India, where she describes a “mountain—an actual geographic feature—of electronic trash gleaming under the hot sun”, and considers the cultural and legal structures supporting to flow of antiquated toxic materials around the world. Participants can register to tune in to the conversation at 4pm PST via Zoom and will have the opportunity to engage with panellists at the end of the conversation.