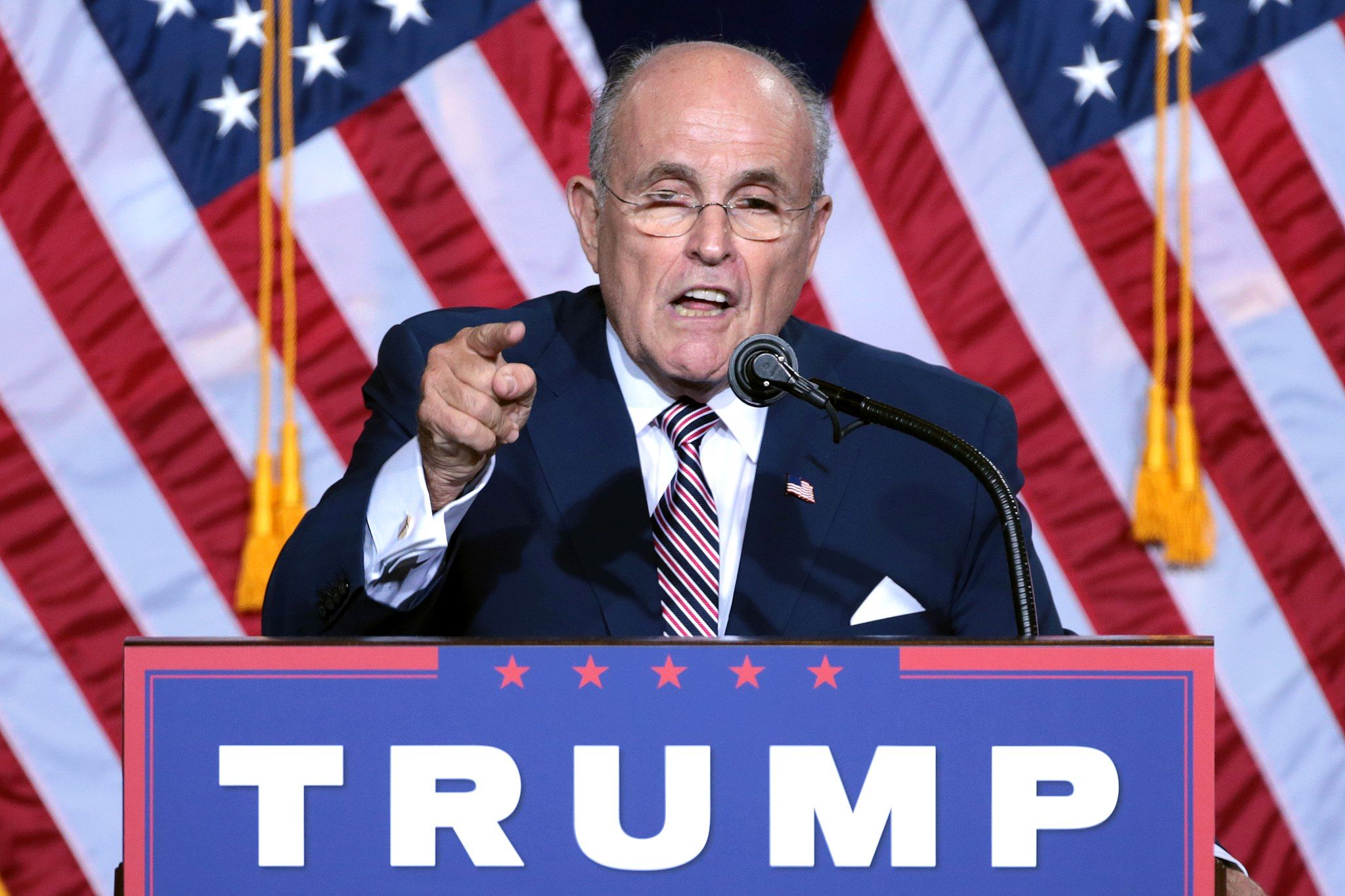 Giuliani speaking to supporters at an immigration policy speech hosted by Donald Trump at the Phoenix Convention Center in Arizona in 2016. Gage Skidmore/ Wikimedia

A New York art advisory firm is suing Rudy Giuliani for allegedly refusing to pay a $15,000 bill after he hired it to assess works of art during his contentious 2019 divorce from Judith Nathan, according to a lawsuit filed in Supreme Court in Manhattan on 7 August.

The former New York City mayor and lawyer to President Trump hired the Miller Gaffney Art Advisory, LLC (MGAA) in April of 2019 “for the appraisal of fine and decorative art, and personal property at fair market value for equitable distribution purposes for Judith S. Giuliani and Rudolph W. Giuliani,” the lawsuit states.

The advisor sent multiple invoices to the Giulianis and their divorce lawyer over a five-month period demanding payment, which have gone unacknowledged, it adds. “Giuliani breached the agreement by failing to pay the invoice issued by MGAA for services rendered pursuant to the agreement,” the court documents say.

According to the firm’s website, the art advisory’s principal, Miller Gaffney, began as an independent art consultant while working with the art magazine magnate Louise Blouin. Since founding MGAA in 2006, she has appeared on the PBS television series Market Warriors and currently stars on Ovation's ArtBreaker$.

MGAA is seeking at least $15,700 in damages, as well as interest and attorneys’ fees. “My client worked diligently on Mr. Giuliani's appraisal and she should be compensated for her hard work,” says MGAA’s lawyer Wendy Lindstrom in a statement to The Art Newspaper.

Giuliani is also currently under investigation by Manhattan federal prosecutors over potential foreign lobbying violations to help Trump’s political campaign in relation to dealings with Ukraine. When questioned about the MGAA lawsuit, he said he was not aware of owing anyone money. “It may be left over from my divorce, but I don’t have such a bill,” he said in a statement to the Daily News.

Giuliani and Nathan reportedly had $30m in property and assets before Nathan filed for divorce in April 2018 after 15 years of marriage. The divorce was settled last December after numerous nickel-and-diming accusations by both parties, such as Nathan’s claim that Giuliani stole her favourite Christmas decorations and Giuliani alleging that Nathan took the TV cable box.