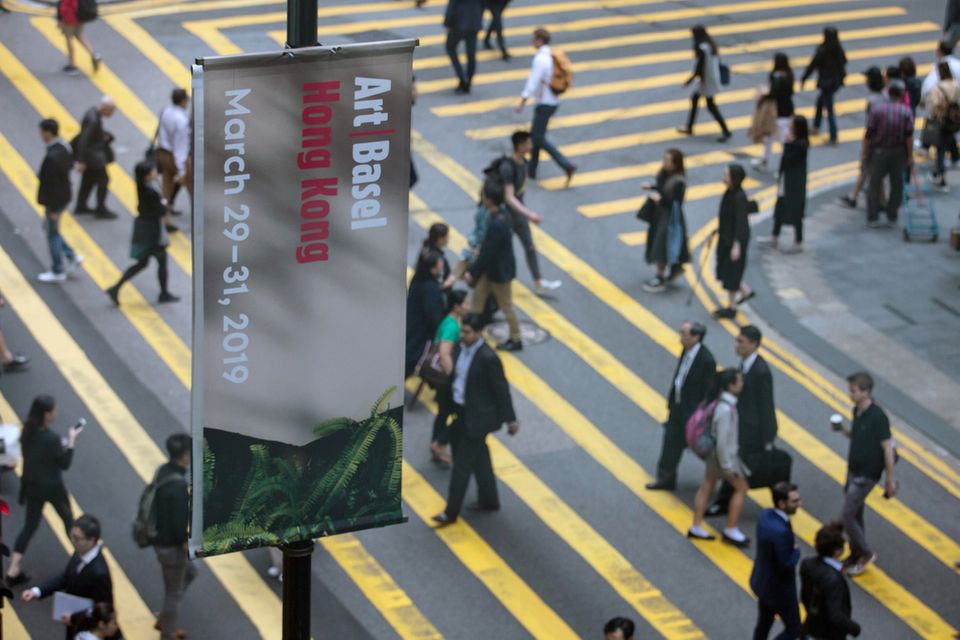 Art Basel is offering additional support to dealers exhibiting in Hong Kong in March, including a 5% to 10% discount on stand fixtures such as walls, flooring and lighting as well as deals on shipments to the fair. Partnering hotels and restaurants are also offering reduced rates to exhibitors.

The fair is also working with galleries to ensure “the best possible options are available to them” when it comes to insuring works of art being shipped to Hong Kong. More than 240 galleries have signed up for the 2020 event, on a par with last year.

The pro-democracy protests that have rocked the special administrative region for the past six months have been a talking point at Art Basel in Miami Beach, with some dealers expressing concern over how the increasing unrest will affect business on the ground. “The $200,000 cost of doing Art Basel in Hong Kong is the difference between a small or mid-tier gallery going under. We are prepared to take the risk but we would like that properly acknowledged,” says one dealer who wishes to remain anonymous.

Fair organisers have been quick to quash rumours, denying they are considering postponing or relocating the fair, which is due to take place between 19 and 21 March. “The safety of our staff, exhibitors and visitors will remain our top priority, and we will continue to closely monitor the situation,” says a fair spokeswoman.

In an email sent to exhibitors around two weeks before the Miami event opened, organisers stated that they had been “working closely with our partners to ensure support to you in coming to Hong Kong”. The Art Basel spokeswoman adds: “The special offers we are providing to our exhibitors are not meant as incentives for galleries to do the Hong Kong show, but are part of an effort to mitigate their additional expenses.”

The London and Hong Kong dealer Ben Brown, who is exhibiting in Miami for the first time this year, acknowledges that “business has been affected by the protests”, but he “personally believes [ABHK] will be fine”. He anticipates attendance might be down, but “there will be a pent-up drive to go shopping”. He adds: “We are encouraging everyone to come and I’d be surprised if the political situation has not improved by March.”

In a gesture of solidarity, Christie’s is also launching a new evening sale of 20th-century and contemporary art in Hong Kong on 19 March to coincide with the fair. “ABHK remains a major convening moment for global collectors, and our sale will embody this global energy,” says Francis Belin, the president of Christie’s Asia Pacific.

There are no plans for the auction house to offer discounts to consignors or support with insurance or shipping. “We are in the very early stages of consigning; however, we have not felt that such terms are necessary to entice buyers,” Belin says. “Serious collecting is a long-term play. Seasoned buyers and sellers look beyond short-term fluctuations.”

He notes that, despite the unrest, “we have witnessed a confident market”. Last month, the auction house achieved its highest ever total for a 20th-century and contemporary art evening sale in Hong Kong: $137m (including $11.9m for a single-lot auction of work by Yoshitomo Nara).

Experience has shown that “offering a well-curated sale that is on the pulse of what both established and emerging collectors demand” will always be well received, even in “slightly more challenging market conditions”, Belin says.

However, it remains to be seen whether the recent success of the Hong Kong auctions—where collectors can buy remotely—translates to an art fair, which is heavily reliant on footfall.