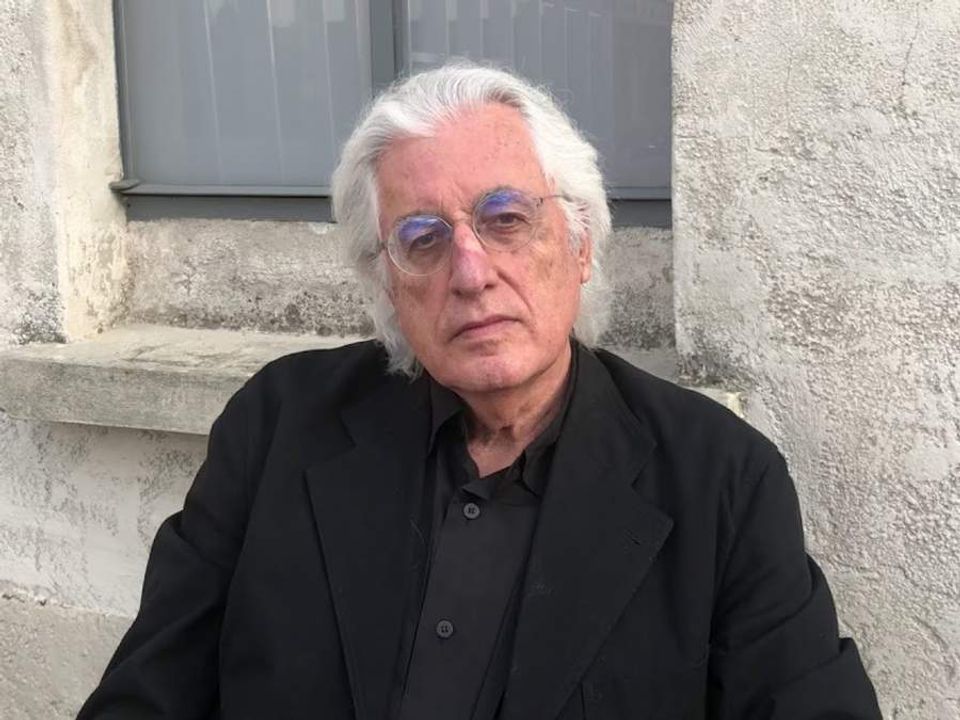 The art critic Germano Celant, known for his championing of the Arte Povera movement, died of Covid-19 in the San Raffaele Hospital, Milan, today.

“In the mid 1960s, the young artists in Turin met and talked, among them Giulio Paolini, Luciano Fabro, Piero Gilardi. Conversation was animated but in the corner there was always a silent young man dressed in black. He took a lot of notes and we called him ‘the notary’”. That’s how Luciano Pistoi, a top gallery owner of the time, remembers his first encounters with Germano Celant, those evenings that Arte Povera was being born "among a lot of fierce arguing”. If Pistoi, Gian Enzo Sperone and Cristian Stein were the first gallery owners to bet on those artists, it was Germano Celant who found the critical and organisational key to making that assorted bunch into a group and a trend. Today it would be called a brand.

Celant was born in Genoa in 1940 and did not have the semi-anarchic curatorial talent of Harald Szeemann, nor the pyrotechnic ability of Achille Bonito Oliva, his main rival, to orchestrate exhibitions as admirable polyphonies. He was not capable of brilliant, new display solutions like Jean Hoet, nor did he belong to the cultured and refined category of art historians such as Robert Storr or Rudi Fuchs. But he wrote the text Arte povera: notes for a guerrilla war, which, published in Flash Art in 1967, has gone down in history as the manifesto of a movement destined to dominate contemporary art policy in Italy for decades—in exhibitions, museum acquisitions, and collecting—and, to some extent, also in Europe.

But the guerrillas became a minority, and many came to associate the name of Celant with one word: power. For the next generation of artists, Arte Povera would become a cruel stepmother, especially in Turin, the stronghold of the neo-avant-garde. Comparing Celant to the famously Machiavellian and long-reigning Italian prime minister Giulio Andreotti would be ungenerous; but the decades-long exercise of power by Celant does indeed have something of that old but eternal political party. Collectors’ support for his "guerrillas" was quickly won, confirming the apparent paradox by which the wealthy love to surround themselves in effigy with their opposites.

It is also difficult not to relate some of his critical opinions of art movements to their cultural and commercial rediscovery; for example, his connection of Italian art post-war art, such as Lucio Fontana, with the mythical Futurists of the early-20th century. The critical text in this regard was the essay accompanying his exhibition The Italian Metamorphosis 1943-1968, staged in 1994-95 at the Solomon R. Guggenheim Museum in New York, where he had been appointed a senior curator in 1989.

This was a title that allowed Celant to carry out his plan of putting the Italian and American neo-avant-gardes on an equal footing and there is no doubt that the current international rediscovery (or discovery) of Italy’s contemporary art owes a great deal to him. But it could also be said that Celant went over to the other side. He was the first to launch the contemporary art-fashion alliance by organising, in 1996, an exhibition on this subject in Florence, and in 2000, a large retrospective of Armani in the Guggenheim.

He realised that, with the common denominators of exclusivity, eccentricity and formal research, art and fashion needed each other. Miuccia Prada, his last major client, agreed and entrusted him with the curatorship of her foundation. It was in Prada’s Venetian palazzo, in 2013, that he organised a partially successful reconstruction of the legendary exhibition When Attitudes Become Form, put on by Szeemann in 1969. In 2017, he did the first and masterful posthumous retrospective of Jannis Kounellis, his historic but rebellious protégé who, together with Gino De Dominicis, had not spared him various brickbats for his flirtation with fashion.

But that flirtation, which some found intolerable, was part of a managerial vision of the art system that has triumphed today. In 1988 he told Il Giornale dell'Arte: “A museum is a place of consumption; it must engage its consumers, stimulate and seduce them, so that they come again and again. I realise that this seems crudely industrial, but the survival of museums depends on an active, not a passive, destiny tied to the concept of an academy for a select few. Today the discourse is international."

Late in his career, in 1997, he was entrusted with the curatorship of the Venice Biennale, where, playing the role of the elder statesman of contemporary art, he was carefully bipartisan, with a room for Enzo Cucchi—an artist of the Transavanguardia, the movement that rivalled Art Povera—and open to the almost new, in the person of Maurizio Cattelan.

The last openly anti-Celant blasts date back to 2015, with the controversy over an alleged fee of €750,000 guaranteed to him by Expo 2015 to curate the exhibition Food in Art at the Milan Triennale. But these remained mutterings. After all, he had triumphed with the exhibition Arte Povera 2011 at the Museum of Modern Art of Bologna, at the Galleria Nazionale and MaXXI in Rome, at the Madre Museum in Naples, at the Teatro Margherita in Bari and, of course, in the temple of Arte Povera, Torino’s Castello di Rivoli, which for many years was directed by his former partner, Ida Gianelli.

The exhibition’s catalogue represents an indirect tribute by all the Italian critics, who grew up in the looming shadow of Celant. Among them, the brilliant Massimiliano Gioni, with a text in the contorted Celantian style of Italian adopted by many young curators, or struggled against by the few who rebelled against an implacable art system and the rule of a certain contemporary orthodoxy. Its title, a prophetic play on words: "L’angoscia dell’influenza” (the anguish of influenza/influence)".

• This article originally appeared in Il Giornale dell'Arte and was translated by Anna Somers Cocks.

about 9 hours ago
Crowds flock to revamped Uffizi Galleries