After offering to return a work looted by the Nazis in exchange for his family’s former real estate, Khochinsky was placed under house arrest in New York and faced a 10-year prison sentence in Poland 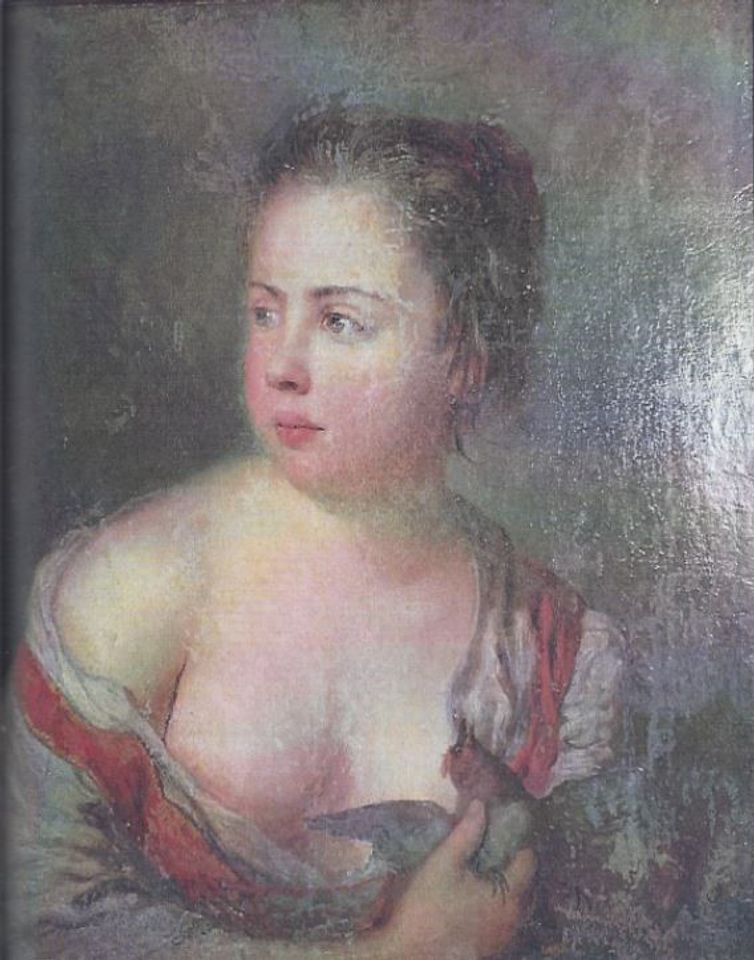 Girl with a Dove (1754) by Antoine Pesne, was seized in 1945 by Soviet soldiers from German troops who had taken it in 1943 from the National Museum in Poznan

As the old saying goes, no good deed goes unpunished. A Russian-born art dealer in New York is suing the government of Poland in Washington, DC, for damages incurred when authorities there sought his extradition in 2015 over a Nazi-looted work of art. The painting, Girl with a Dove (1754) by Antoine Pesne, was seized in 1945 by Soviet soldiers from German troops who had taken it in 1943 from the National Museum in Poznan.

The dealer, Alexander Khochinsky, had alerted Polish diplomats in Moscow in 2010 that the work was in his possession, and that he had received it from his father, a Second World War veteran. Khochinsky told them that he was willing to exchange the picture for compensation for real estate that had belonged to his mother’s family in the south-eastern Polish city of Przemysl before the war. His mother had fled the city before Nazi troops overran it during their advance toward the Soviet Union in 1941. Almost all of the Jews who remained in Przemysl were murdered. A Catholic church now stands on the family’s land.

Kochinsky spoke with Polish diplomats but they never reached a settlement, and the dealer was arrested in New York in February 2015 when US prosecutors complied with a request from Poland to extradite him for holding a painting plundered during the Second World War. The Polish government included Girl with a Dove on a list of 63,000 “lost” cultural objects that was compiled by the country’s Cultural Ministry.

Khochinsky, released on $100,000 bail, was then placed under house arrest in New York. On the charges in Poland, he faced a prison term of ten years for acquiring property looted during the war. The Polish judge who sought Khochinsky’s extradition wrote with Orwellian resonance that “apprehension of the suspect and his participation in procedural actions can be ensured only by an isolating preventive measure.”

In a decision issued in July 2015, the US District Judge Jed Rakoff denied Poland’s request to extradite Khochinsky, ruling that Polish and US prosecutors lacked evidence that Khochinsky knew the work was stolen when he received it.

Khochinsky, a US citizen, now says that charges of trafficking in stolen art and months of house arrest have damaged him and his business. His lawyer, Nicholas O’Donnell, sees a broader agenda in the “baseless” Polish charges, which he says are a form of “vengeance and intimidation”.

“It’s unheard of,” said an American lawyer specialising in Holocaust Era restitution, who observed that Poland’s rhetoric on recovering wartime losses fell short when it came to Jewish property. Poland makes it nearly impossible for the heirs of Holocaust victims to be compensated for property located in Warsaw, the capital. A proposed law limiting restitution to Polish citizens living in the country has been condemned by members of the US Senate and the British Parliament. “Who would come forward with a voluntary return if this is the way that they’re going to be treated?” the restitution lawyer asked.

“In recent years Poland’s government has increasingly used Jews as political scapegoats and has engaged in historic revisionism and outright denial of the Holocaust, going so far as to criminalise recently certain statements about the aspects of the Holocaust that took place within what is now Poland,” wrote O’Donnell on his Art Law Report blog. “This regressive politicking found a target in Khochinsky, who was threatened with the full might of the state for asking questions that Poland does not wish to answer. The matter is Poland’s modern day Dreyfus Affair, exposing institutional anti-Semitism in its governing institutions,” O’Donnell noted.

The tone of Polish politics has fiercened since the right wing Law and Justice Party took power in October 2015, and sought to criminalise any mention of Polish complicity in the war-time persecution of the country’s Jewish population.

Poland’s extradition gambit was not Khochinsky’s first scrape with the law. In 2006, he bought 26 letters from Voltaire to Catherine the Great of Russia for $869,000, which he said were acquired on behalf of a Russian oligarch who planned to give them as a highly-publicised gift to President Vladimir Putin. The letters, in which Voltaire praised Catherine’s enlightened rule, disappeared, Kochinsky said, when he took them to a Russian television station, which planned to air the presentation of the gift to Putin. Putin’s spokesman and the television station disavowed any connection to the letters, but the documents exposed a system of expensive public gift-giving in exchange for influence in Russia, with Kochinsky’s gallery serving as a place where many such offerings were bought.