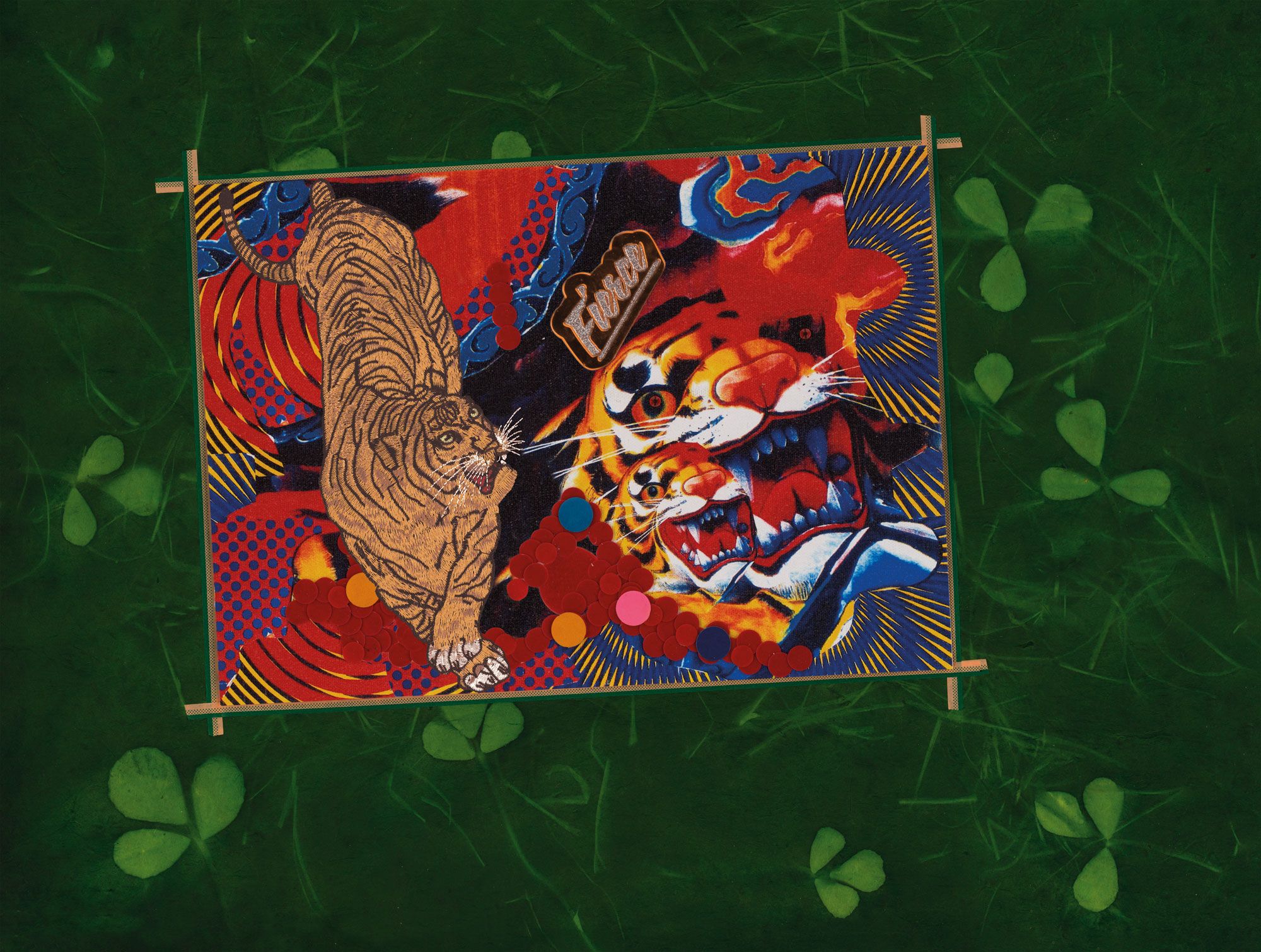 Chila Kumari Singh Burman's limited-edition print Fierceness in Scarcity (2021), commissioned by WWF for the Art For Your World campaign

Art galleries and museums across the UK and beyond will “go green” on 5 November in a new initiative launched to mark the 26th UN Climate Change Conference, COP26, in Glasgow.

Participating art organisations are invited to turn their buildings green for the day in response to the climate summit, which is bringing world leaders and officials from 196 countries to Scotland from 31 October to 12 November in the hope of driving down carbon emissions and limiting global warming to 1.5 degrees—the goal of the landmark 2015 Paris Agreement. COP26, described by the US climate envoy John Kerry as “the last best chance” to avert climate catastrophe, was postponed from 2020 in light of the Covid-19 pandemic.

This week, the conservation charity WWF announced that it is partnering with the curatorial collective Artwise to launch the Art For Your World campaign, which seeks to engage the art world in raising funds and awareness to combat the environmental crisis before and during COP26.

Planned events include a charitable auction at Sotheby’s London, with pieces by artists including Tracey Emin, Jadé Fadojutimi, Anish Kapoor, Rose Wylie and Gavin Turk going under the hammer on 8-15 October to raise funds for the WWF initiative. Limited-edition prints created by Chila Kumari Singh Burman, Heather Phillipson and Bob and Roberta Smith will also go on sale online in early October.

Tanya Steele, WWF’s chief executive, says “now is the time” to join forces with the art world and the art-loving public to combat the climate crisis. “We know the art world is increasingly conscious of the role it can play in saving the planet, whether by reducing carbon emissions or exploring environmental issues through art,” she says.

Tate Modern, the Photographers’ Gallery and National Museums Wales are among the UK institutions already signed up to Art For Your World, alongside commercial galleries including Gagosian, Hauser & Wirth, Lisson, Thaddaeus Ropac, Victoria Miro and White Cube. Amplifying the movement internationally are the Museum of African Contemporary Art Al Maaden in Marrakech, the Brazilian Association of Contemporary Art and the London-born Gallery Climate Coalition. The Art Newspaper is a media partner of the campaign.

The director of Tate Modern, Frances Morris, says Tate is “determined to inspire environmental change, amplify the voices of our artists and audiences, and make our long-term commitments to sustainability ambitious and effective”. Emin comments: “Anything that makes people aware of the damage we are doing to this planet, and what we can do to save it, is worthwhile.”

Susie Allen, the founding director of Artwise, says Art For Your World is “calling out to many more artists, collectors, galleries, institutions and art lovers everywhere to help us to draw even greater attention to the climate crisis in the coming months”.