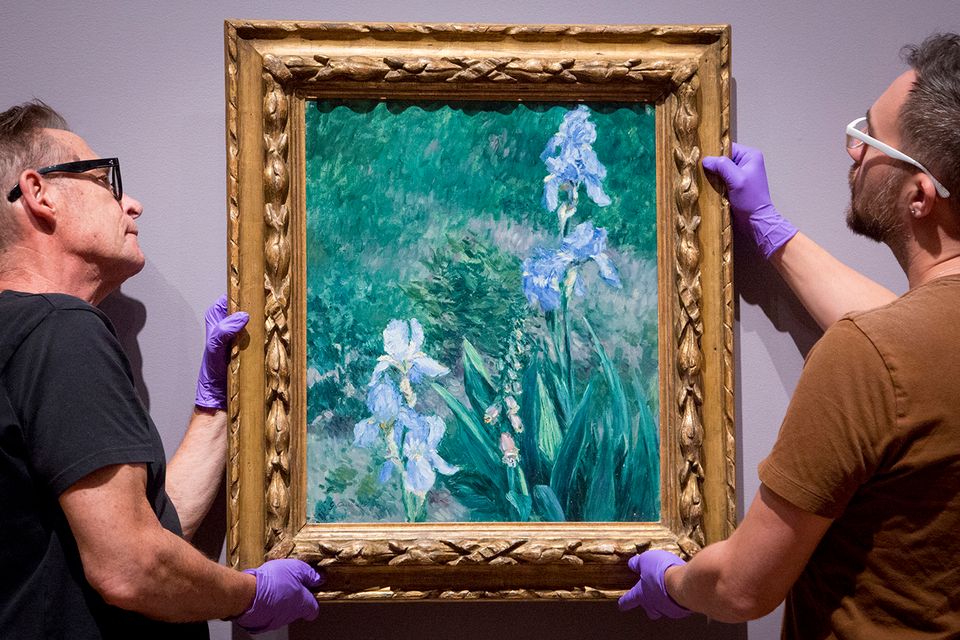 Gustave Caillebotte’s Iris Bleus, Jardin du Petit Gennevilliers, the focus of a long legal battle between an auction house and a consortium of Canadian art museums over the definition of art of “national importance”, has been acquired by the Art Gallery of Ontario (AGO) and will be unveiled to the public at the museum on 24 August.

The painting, which dates from around 1892, was acquired with the aid of a federal Moveable Cultural Property Grant, an emergency government funding mechanism that assists museums in purchasing works that might otherwise leave the country.

The CBC reported that the grant totaled $540,000, and that the AGO acknowledged that it was almost half of the purchase price. The rest came from bequests from the R. Fraser Elliott estate and a bequest from F.W.G. Fitzgerald, it said.

The tussle over the painting dates to November 2016, when it was purchased by the Richard Green Gallery of London for $678,500 at Heffel’s Toronto auction house. (The seller has remained anonymous.)

The painting, which had been blocked from export to the purchaser in London last year by a federal court, “allows us to tell a more comprehensive story of 19th-century art in Paris and to showcase one of the great Impressionists,” says Julian Cox, the museum’s deputy director and chief curator.

It is only the second work by Caillebotte to enter a major Canadian museum, after a painting that was acquired by the McMaster Museum of Art in 1984. Caillebotte’s relative wealth freed him of the need to sell his art to private collectors, and most of it remains in the Musée d’Orsay in Paris. “When this painting first came to view for us in 2016, we saw this fabulous opportunity to enrich our19th-century European section,” Cox says.

Caillebotte painted Iris Bleus, which bridges the gap between still life and landscape, not long before his death in 1894. “We know from letters that this work was part of an active dialogue he had with Monet about gardening,” says Caroline Shields, the AGO’s associate curator and head of European art. “It was a shared passion. And in terms of art historical importance, the decorative impulses on display in this work, evident in the ways he treated the surface, presage the Impressionists’ move towards abstraction in interesting ways.”

Cox says that the painting is an experimental one that reflects a “shift from Post-Impressionism into early abstract forms of rendering”.

Caillebotte executed this transitional work, he says, when he had just moved to the Paris suburb of Petit Gennevilliers, planted a garden with his own irrigation system and dedicated himself to his twin passions of painting and gardening. As revealed in his exchanges with Monet, Cox adds, “he was doing work in his own back garden” instead of heading to the woods of Fontainebleau like many of his artistic contemporaries.

During the lengthy legal battle to keep the painting in Canada, the country’s Federal Court of Appeal ruled in April that a work by an international artist could be deemed to be of "national importance" to Canadian heritage. But “we decided to drop the definition of national importance (as defined by the Canadian Cultural Property Export Review Board) and just argue for ‘artistic significance,’” Cox says.

“Because Canada is an open and multicultural nation” with a diverse population such as Toronto’s, “for us it’s important to have international works of art that reference a breadth of different cultures and styles,” he says. As the review board noted, “Gustave Caillebotte's work has been reassessed over the last 20 years and there is now substantial interest in it.”

In the last five years, several major museums have acquired garden-related canvases by Caillebotte that date to within a year of Iris Bleus. The Musée des Impressionnismes Giverny acquired Parterre de Marguerites (1892-93) in 2016, the Metropolitan Museum of Art acquired Chrysanthemums in the Garden at Petit-Gennevilliers (1893) in 2014, and the National Gallery of Art acquired Dahlias, Garden at Petit Gennevilliers (1893) in 2016.