Artful codgers: why the art market is a hotbed of grey crime

The recent case of a 71-year-old dealer convicted of art fraud is far from unique—in fact, elderly offenders could be on the rise 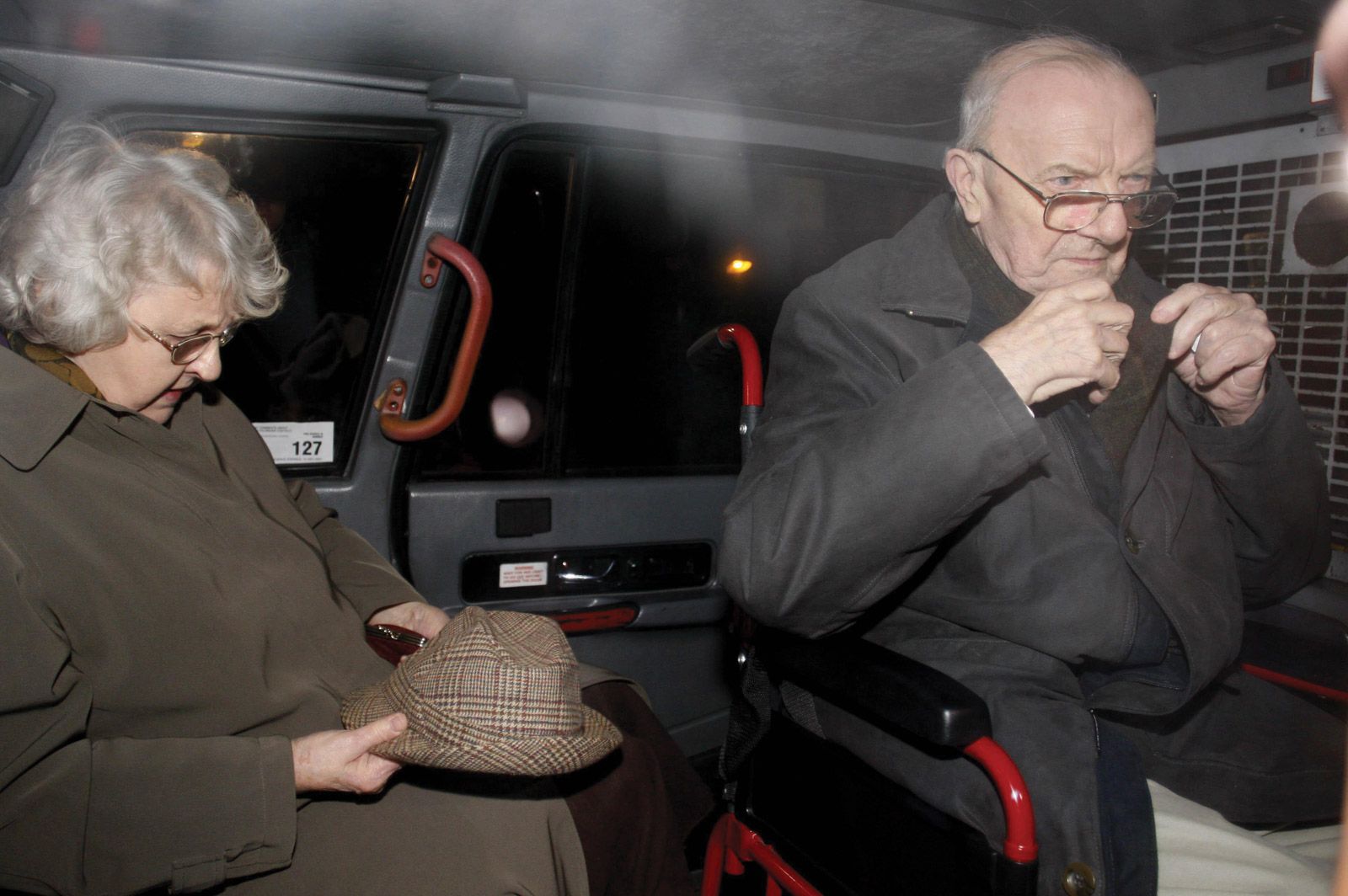 Olive and George Greenhalgh avoided going to prison for their part in an art fraud on account of their ages; their son was not so lucky Peter Byrne/PA Images/Alamy Stock Photo

When a 71-year-old Mass­achu­setts fraudster was sentenced last month for selling an antique desk that he had embellished and presented as a piece of original Civil War memorabilia, his lawyers stressed the significance of his age as a factor to be considered in subsequent sentencing.

Court documents describe how, in 2014, the antique dealer and craftsman Harold Gordon sold the desk, known as the Bingham Secretary, as being made in around 1876 as a memorial to a “16-year-old Connecticut soldier who died in the Battle of Antietam”.

The buyer, the “well-respected American Folk Art expert” Allan Katz (who appeared on the US version of Antiques Roadshow) paid a sizeable $64,500 for the desk before selling it on to a museum in Connecticut, where questions were later raised over its authenticity.

With a guideline prison sentence of 12 to 18 months for the one count of fraud, Judge Meyer noted the defendant’s age and health in his decision of five years’ probation and payment of $84,500 to the victim.

So just how unusual is this example of an elderly offender involved in the art crime, and how does it fit with broader criminal trends?

It is certainly not the first instance of art crime with elderly perpetrators at the heart. Perhaps the most colourful in recent years was that of the UK-based Olive and George Greenhalgh (aged 83 and 84 respectively at the time of their convictions) who, in 2007, were found guilty of a conspiracy with their son Shaun Greenhalgh, to sell fake art and antiquities, allegedly worth millions of pounds, onto an unsuspecting market.

In other cases, often civil, where the individuals involved are elderly, the actions or source of the dispute occurred generations ago. Holocaust restitution cases are a prime example, where, even if the statute of limitations is not applied, many of the principal actors are either dead or very old. Cornelius Gurlitt, for example, was 77 years old when in 2010 he was discovered to have more than 1,400 looted works of art (reportedly worth over $1bn).

“Where age is a factor, there is the option to take testimony early, even prior to the commencement of the action,” says Lawrence Kaye, a specialist in art law at Herrick Feinstein in New York. “Just because you are older does not mean that your testimony is not credible,” he adds.

In terms of sentencing, in criminal cases, “age is considered a non-relevant sentencing factor but in reality it does play a role because judges are aware of the additional costs of ensuring the protection of and medical care for extreme age”, says Victor Rocco, another partner at Herrick Feinstein.

Outside of the art world, there has been a broader increase in crime rates committed by those aged over 55—experts vary in their opinions of what constitutes an “elderly” offender, but there seems to be a general consensus on this age marker.

Ronald Aday, a professor of Sociology at Middle Tennessee State University in Murfreesboro, who has published widely on the subject of ageing prisoners, says that, while the numbers of older people involved in criminal activity could be linked to the increase of general population numbers and baby boomers entering older age, the proportion of older people convicted of crimes is seemingly on the rise.

“Social factors such as lack of income (especially with Covid-19) will continue to contribute to criminal behaviours in late life,” Aday says, adding that: “With advanced age may come a definite decline in maturation leading to behaviour not motivated by criminal intent.”