Anti-discriminative posters are part of festival Art Night 2021, where commissions this year will have a political tone 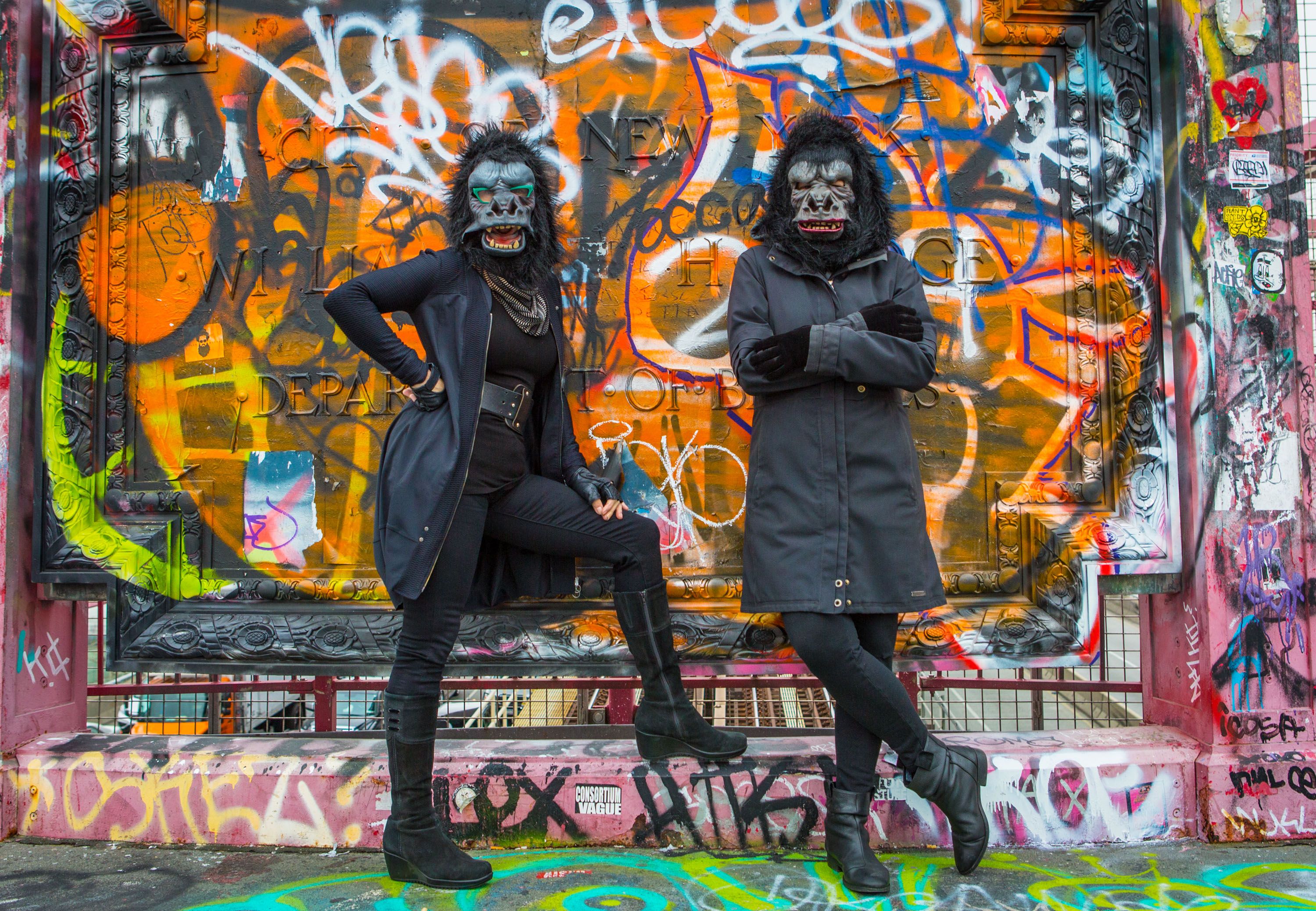 The Guerrilla Girls will be spreading their anti-discrimination message across the UK this summer with a series of billboard works on show in cities such as Dundee, Birmingham, Leeds and Cardiff. The initiative from the anonymous US-based activist group is part of Art Night, a contemporary art festival previously held across different parts of London; the fifth edition goes nationwide, taking place in different locations across the country (18 June-18 July).

The title of the Guerrilla Girls commission is the “male graze” where they explore the idea of men in art history devouring women. "The way the work will be presented has completely shifted since we began talking about the work together in 2019. It is exciting not only in means of being Covid safe—billboards can be seen by anyone from the street—but also how the project will take shape across mainland Britain," says Helen Nisbet, the artistic director of Art Night 2021.

“The Guerrilla Girls commission is political. I think all of the commissions will have a political tone depending what people have been going through,” she says. Two of the billboards will be shown in Shoreditch, east London, and at London Bridge; in Cardiff, the project will be hosted in partnership with g39 gallery and in Birmingham with Grand Union studio space.

The 2021 Art Night festival, titled Nothing Compares 2 U after the song written by Prince, is about “small acts of defiance and moments of self-determination”, Nisbet adds. “It is not about being heavy-handed with a theme. I wanted the artists to make the work they needed to make right now. The pandemic hit and I said they could continue with the commissions as planned or change them completely. In the middle, there was also Black Lives Matter. In terms of the politics, it felt like a nation being gaslit. I think both ourselves and the artists felt that acutely.”

Nisbet programmed the 2020 edition of Art Night, which was pulled because of the pandemic. Last year, the focus was on the Strand in London but Nisbet also began to look beyond the capital, commissioning Isabel Lewis to create a work on the Scottish Isle of Skye in partnership with Atlas Arts. That piece, a series of guided walks culminating in a final “hosted occasion” (what can we learn about love from lichen?), is now due to go ahead this year. Decentralisation is key, says Nisbet. “Art Night can go anywhere; we’re keeping in mind smaller cities, towns and villages,” she says.

Barbadian-Scottish artist Alberta Whittle, who will represent Scotland at the 2022 Venice Biennale, will present a new film Holding the Line at Somerset House in London as well as performance at Murray Edwards College in Cambridge. Three of Whittle’s film works will also be screened at Platfform 2 (sic), a project space at Abergavenny train station in Wales, in collaboration with the arts organisation Peak.

Choreographer Oona Doherty will stage a live performance, Lazarus Multiverse, at 180, The Strand in London as part of the programme. Works by Mark Leckey, Sonia Dyer and Philomène Pirecki, along with Imran Perretta and Paul Purgas—commissioned by Art Night and Somerset House Studios—will be shown online.