Art on film: why filmmakers are drawn to artists

Movies about artists may not be nailed-on money-spinners, but more and more are appearing—and some are even box-office hits.

The size of the loss may be the biggest commercial issue for a film about art, but there is no shortage of supply. The Tribeca Film Festival showed a number of films about art or artists in April, and more are due to open soon at the Film Forum and other cinemas in Woman in Gold, a film about the recovery of paintings by Gustav Klimt on behalf of the Jewish family who lost them during the Nazi era, brought in $33m at the box office last year. It affirmed an unwritten rule: if the art in question is stolen or valuable, or has a dramatic backstory, then the film will find an audience. It also helped that Woman in Gold starred A-list actors in Helen Mirren and Ryan Reynolds.

“Artists tend to have interesting lives,” says Karen Cooper, the executive director of Film Forum, which has movies about Eva Hesse, Robert Frank and the collagist Rosamond Purcell in its programme. Cooper adds that she turns down far more films about art and artists than she shows.

“Art is beauty, and making a film about art or an artist is an opportunity to explore beauty—and, if you’re lucky, to make some of it yourself,” says Chris Teerink, the Dutch director of a documentary on Sol LeWitt.

A new kind of catalogue Demand is stronger than ever, according to the collector Larry Warsh, who produced the documentary Ai Weiwei: Never Sorry. “Viewing art has always been a mass activity, but collecting on today’s scale—we’ve never seen that before. We’ve never seen a wider public aspire to buy art,” he says. Warsh sees the development of films about artists as a natural progression. “You could equate it to publishing a big, fancy catalogue,” he says.

Some artists see it the same way. Jeff Koons marketed a French documentary about himself at the exhibition that closed New York’s Whitney Museum of American Art in 2014 by offering the DVD in a gleaming case, in an edition of 2,000, in the museum’s bookshop—priced at $3,800.

At the more modest end of the spectrum, films about artists as rebels can connect with younger audiences, says Richard Abramowitz, who distributed Exit Through the Gift Shop, Banksy’s ode to his own street art pranks. The artist did not appear at publicity events, yet the movies took $3.3m at the US box office. “The mystery helped to promote the film,” Abramowitz says.

The Banksy Job, which premiered at Tribeca in April, had neither the graffiti artist nor the film’s art-stealing protagonist, Andy Link, on hand (see box, overleaf), but it still drew a crowd. “Banksy is closer to the audience for a Michael Moore documentary than a serious biopic,” says Richard Lorber, a major US distributor of art films.

Lorber’s releases include films about Gerhard Richter and Anselm Kiefer, and The Mill and the Cross (2011), Lech Majewski’s dramatisation of the painting The Procession to Calvary, by Pieter Brueghel the Elder. All made money, Lorber says, “with New York accounting for as much as 50% of national box office [receipts]”.

Lorber has acquired the rights to Hieronymous Bosch: Touched by the Devil, a documentary that is due to open at Film Forum in July. He is also considering taking on The Seasons in Quincy: Four Portraits of John Berger, which follows the actress Tilda Swinton on a visit to the critic and painter’s house in the French Alps.

Or where some see innovation. As Teerink, who is working on a 3D film about the 19th-century photographer Eadweard Muybridge, puts it: “If you’re asking people to pay for a ticket, you’ve got to give them more than they can see on a small screen at home.”

Let’s roll: the art films you need to see

The Banksy Job, courtesy the filmmakers

This heist film follows the roguish, unschooled art dealer Andy Link, as he and his mates steal The Drinker, Banksy’s parody cast of Rodin’s The Thinker, and then hold it to ransom. The notorious Link, a former football hooligan and pornographer, also aspires to steal some of Banksy’s fame. The caper fails, but Link talks his way through it like a carnival barker. The US government denied the convicted criminal a visa to visit New York for the premiere. 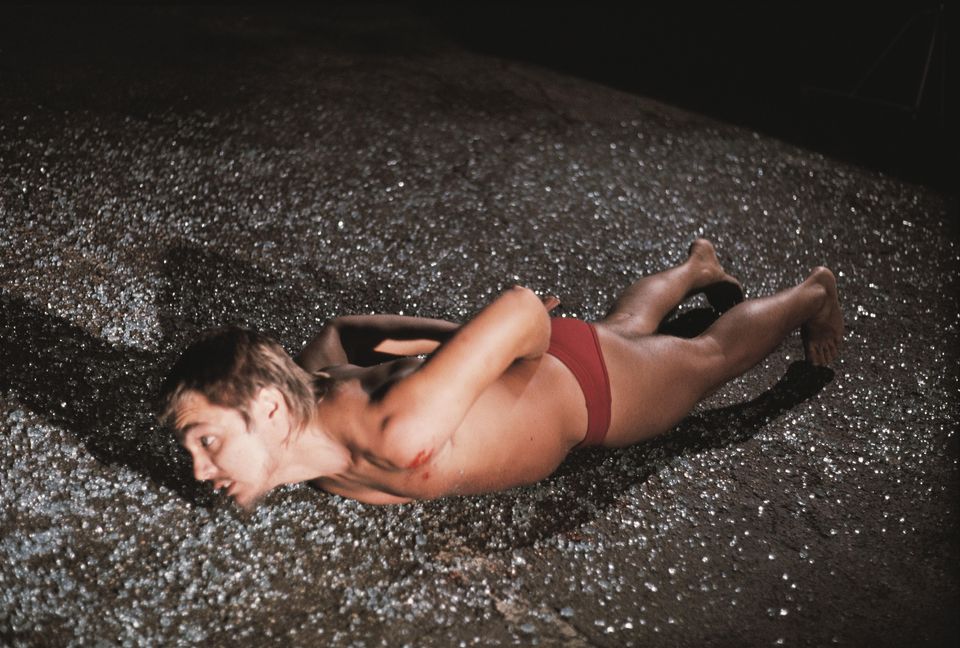 Directed by Richard Dewey and Timothy Marrinan Chris Burden (1946-2015) broke the mould in 1971 with wild performance art. He had himself shot and electrocuted, and was crucified on the back of a VW Beetle. Before his early death, Burden created dreamy kinetic machines and installations in Los Angeles. In his signature deadpan delivery, the artist takes us through 40 years of his work. 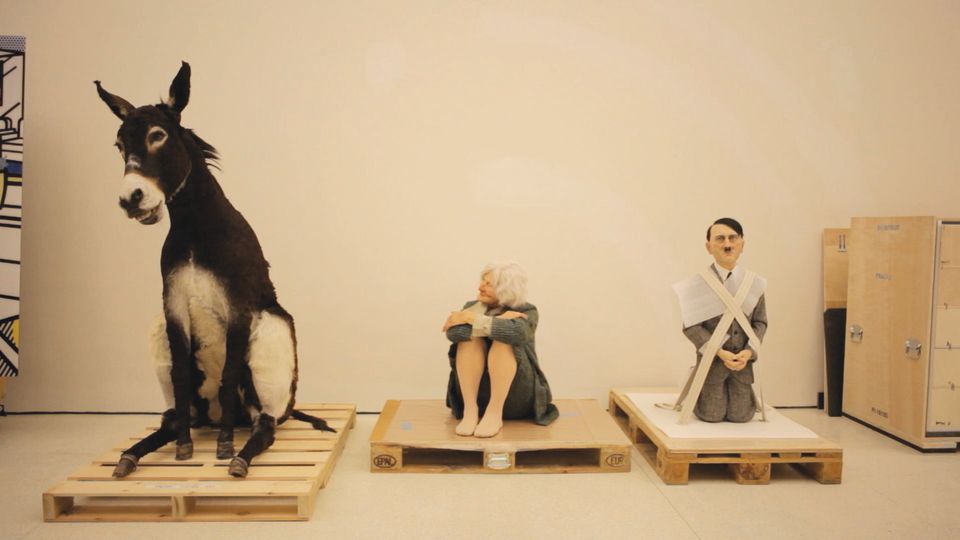 Some of Cattelan's work being prepared for display. Photo Credit: Maurizio Cattelan Archive

Maurizio Cattelan: Be Right Back

Ever the satirist, Maurizio Cattelan has made mocking effigies of the Pope, Hitler and himself, and hung his entire body of work like sausages from the ceiling of the Solomon R. Guggenheim Museum’s atrium for his 2011/12 retrospective. More coy than shy, he uses stand-ins for interviews—and his work just keeps on selling. This documentary, although reverential, probes Cattelan’s savvy opportunism and the marketplace that has rewarded him. 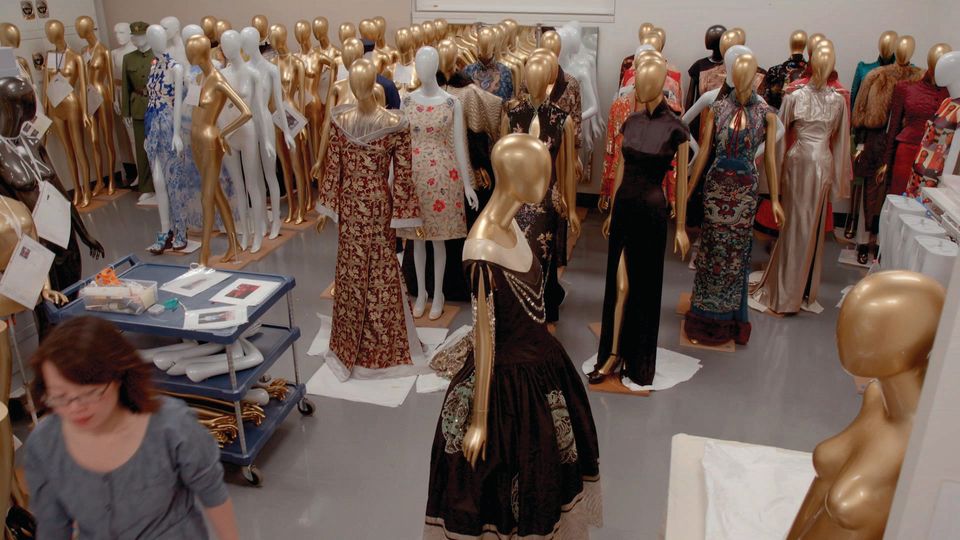 The First Monday in May. Photo courtesy of Magnolia Pictures

The First Monday in May

This glittering chronicle follows the standard expositional template of tracking the plans of New York’s Metropolitan Museum of Art for its exhibition China Through the Looking Glass at the Costume Institute. Viewers observe the show’s logistical challenges, listen to debates about whether fashion is art and witness a lavish celebration. 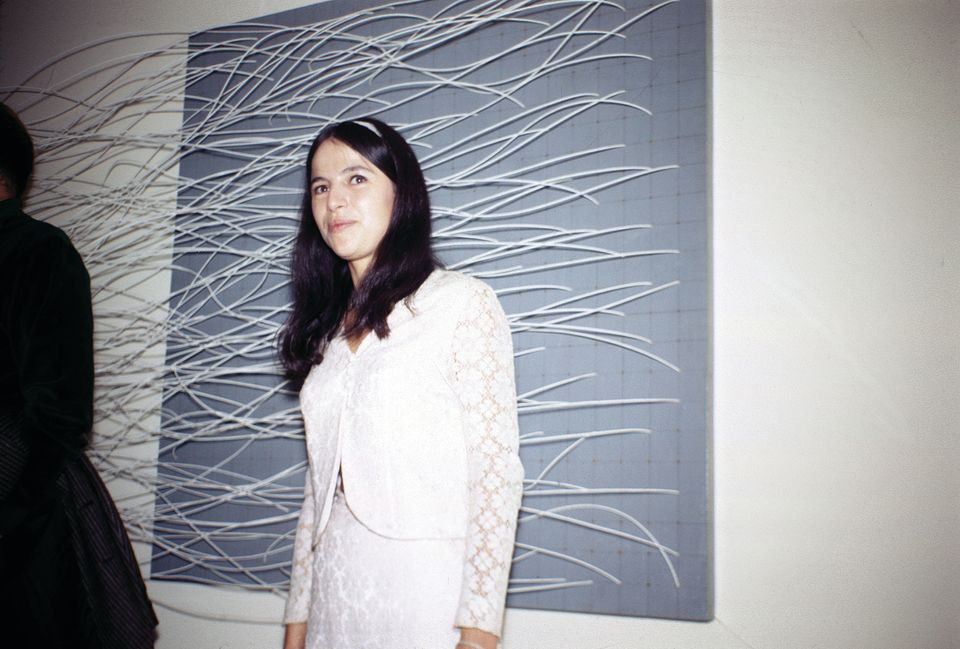 Eva Hesse (1936-70) first came to the attention of the media as a teenager in Seventeen magazine, and then followed her own path, eventually creating sculptures that defied notions of mass and volume. They now defy standards of conservation and transport, too. She died at the age of 34, and this documentary surveys her brief but productive life, before the art world and the art market that we know today took shape.

Robert Cenedella, an Art Students League teacher, is not a household name, but he wants to be. He had his 15 minutes of fame in the early Pop Art years, and another 15 when he painted murals for the restaurant Le Cirque in New York that show the influence of his mentor Georg Grosz and of James Ensor. The film is a j’accuse from the art world’s 99%. 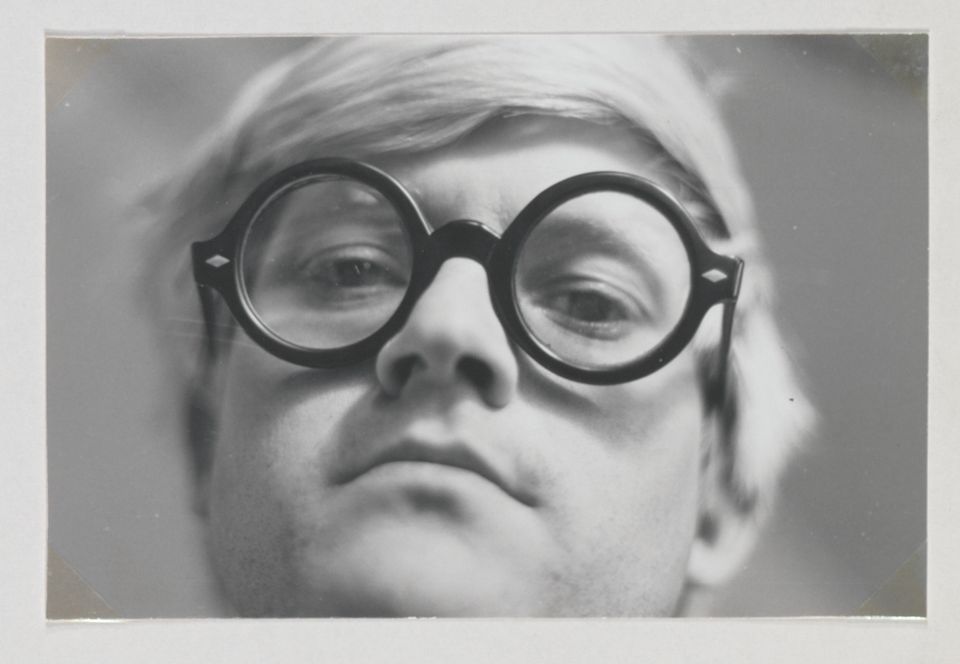 Directed by Randall Wright David Hockney, once the great blond hope of Swinging London, forsook England for the California sun that transformed his work. This documentary follows the artist across the pond from Britain to New York, followed by Los Angeles and then back again to rainy Bradford, as he and his friends discuss painting, photography, love and loss. Hockney’s gentle wit is present throughout the film. This documentary debut by a long-time studio production designer revisits the life of the painter Elizabeth Murray, examining her work and the challenges of making art and raising children in a field ruled by men. Zea says she got behind the camera “to explore the challenges of combining motherhood, wifehood and a successful career as an artist”.