A lawsuit brought against a professor of visual arts at Columbia University in New York has sparked a debate about whether artists who teach are adequately trained to advise students on sexual discrimination and assault.

Columbia student Paul Nungesser, who was publicly accused of rape by fellow student Emma Sulkowicz, has lodged a Title IX complaint in the US District Court against the university and its staff. He claims that Jon Kessler, who advised Sulkowicz on her performance-art thesis project, entitled Mattress Performance (Carry That Weight) (2014-15), participated in “teacher-on-student gender-based harassment and misconduct” towards Nungesser. 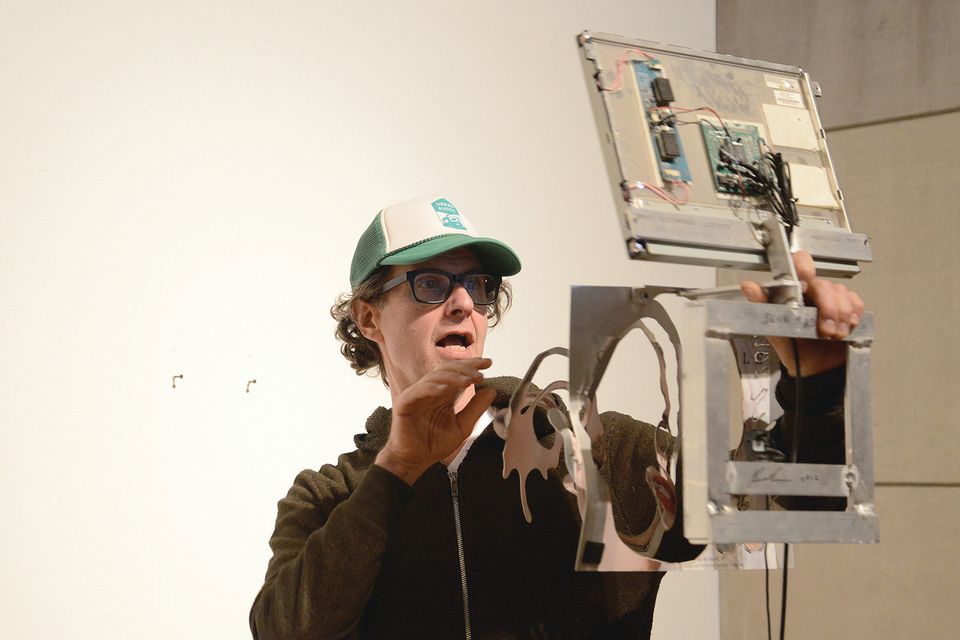 “The idea that someone could sue a student’s adviser for giving a student credit for artistic expression is frightening”, says the artist Sean Fader, who has taught at several US art schools and universities. “However, great art stirs up the world and asks hard questions. Carry That Weight has done just that.”

The potential implications, in terms of freedom of expression, make this a “tough, unprecedented case”, says the lawyer Daniela Nanau. A milestone of the women’s rights movement, Title IX was signed into law by President Richard Nixon in 1972. It states that “no person in the United States shall, on the basis of sex, be excluded from participation in, be denied the benefits of, or be subjected to discrimination under any education programme or activity receiving federal financial assistance.”

The legislation, which has since been applied to a variety of sexual discrimination cases, is “a very flexible law”, writes Susan Ware in the book Title IX. “Instead of telling schools what they have to do, it allows them to choose how to accomplish its goals.”

This openness means, however, that there has been little consistency in its application. One untenured artist, who asked to remain anonymous, says that he receives no training from the institution at which he teaches. Others receive more support. The University of Texas at Austin provides training and tests on Title IX for its instructors, says the artist Michael Smith, a professor in the transmedia department. “I try to give students sound ethical opinions, and I’ll express my doubts,” he says.

Training has largely focused on women, who are statistically more likely to be the subjects of sexual assault, but an increasing number of firms have recently taken on cases filed by men in discrimination and harassment claims. A database maintained by A Voice for Male Students, an independent organisation, shows that men account for 11 plaintiffs out of a total of 68 pending cases against US universities.

Jane Jerardi, an adjunct faculty member in dance at Columbia College in Chicago, says that her faculty provides information about Title IX and advises teachers and staff on how to counsel students who are the victims of sexual assault or harassment. “I do feel there’s a lot of support in place, particularly in my department, since it’s dominated by women,” she says.

Some are concerned about the potential impact of the case on artists. “We are living in a perpetual state of anxiety about errors and political incorrectness,” says the performance artist and curator Katya Grokhovsky. “What about art-making on a grand, daring, life-changing scale?”

Other artists are undeterred. Marilyn Minter, who teaches at the School of Visual Arts in New York, plans to carry on teaching as usual. “I think it’s a ridiculous lawsuit and that Jon Kessler is a hero,” she says.

How a mattress drew the world’s attention to disputed claims In October 2013, Columbia University held an investigation into Emma Sulkowicz’s alleged assault by a fellow student and found her case to lack a “preponderance of evidence”. In April 2014, Sulkowicz and 22 other Columbia students filed a Title IX complaint against the university for mishandling their claims of sexual assault.

Five months later, Sulkowicz began her senior thesis performance, Carry That Weight (2014-15), in which she vowed to carry a 50-pound dormitory-room mattress around the university’s campus every day until she graduated or “for as long as my rapist stays on the same campus with me”, she told the Democracy Now! radio programme. The performance received widespread acclaim, with the New York Times critic Roberta Smith calling it “both singular and representative of a time of strongly held opinions and objections and righteous anger on all sides”.

Sulkowicz graduated as we went to press. Neither she, the university, Jon Kessler nor Paul Nungesser replied to requests for comment.