Art that breathes: Mexican murals aim to clean the air 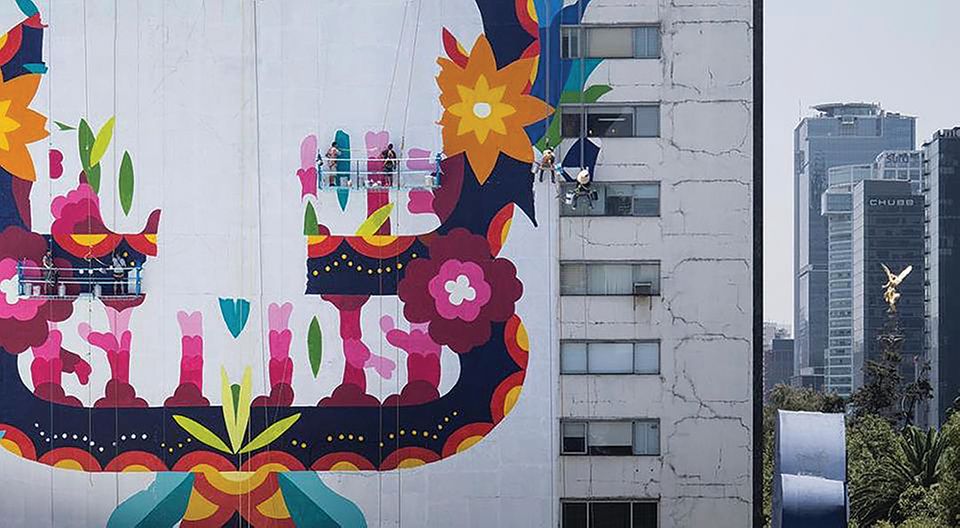 The paint used in Boa Mistura’s mural will neutralise pollution from 60,000 cars annually courtesy of the Boa Mistura collective

A colourful mural of a 35m-tall tree in Mexico City is one of three environmentally friendly new public works made using Airlite paint, which purifies polluted air in a process similar to photosynthesis. Commissioned for the project Absolut Street Trees, backed by Pernod Ricard, the French alcohol manufacturer, the mural aims to increase oxygen levels in one of the western hemisphere’s most polluted cities, where ozone concentration levels remain high despite government regulations on fuel and cars.

The Spanish art collective Boa Mistura painted the mural on a building above Mexico City’s busy Reforma Avenue. “What we tried to do with our work was make the city more aware” of the environmental problems, says Pablo Purone, one of artists in the group. “It made a lot of sense to plant this tree on an avenue that is traversed by so many cars.”

Airlite paint chemically reacts with pollutants in the air, turning them into inert compounds. The roughly 1,000 sq. m mural should neutralise the same amount of pollution created by around 60,000 vehicles a year. The paint lasts about ten years, says Mariana Guzman, a communications specialist for Absolut in Mexico, and permits to repaint the murals will have to be renewed periodically. The Mexican artists Seher One and Revost are painting two other works in the city.

Appeared in The Art Newspaper, 312 May 2019
More NewsTopicsNewsPublic artClimate Change