Art world fights back in US culture crisis 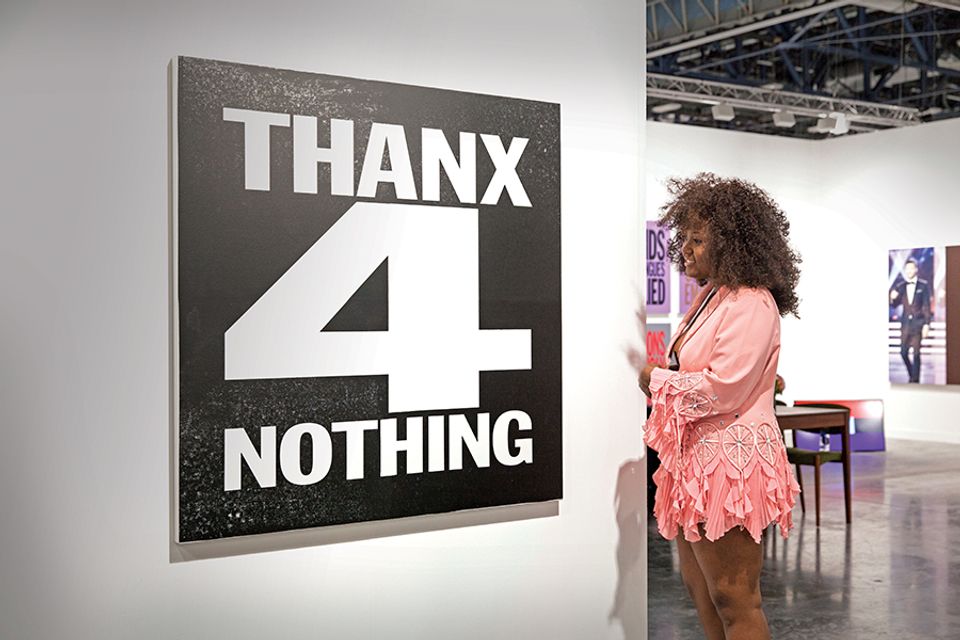 “Is culture in the Americas in big trouble?” was the burning question at a talk at Art Basel in Miami Beach on Thursday evening, to which all panellists answered a resounding “yes”.

Not mincing her words, Anne Pasternak, the director of New York’s Brooklyn Museum, was quick to narrow the focus to the US. “There is a war on culture in this country. There is a war on people of colour, on immigrants and on women,” she said. “Art Basel feels like the party before the apocalypse.”

President Donald Trump’s tax reforms are a major cause for concern for Pasternak. “It’s like a tsunami and I don’t know how to plan for it,” she said. “There are days when I ask myself: ‘Is running a museum and supporting artists the best I can do for the world?’”

Teju Cole, the New York-based writer and photographer who moderated the talk, believes that the “apocalypse” has already arrived for some. “[The situation] has become so toxic and hateful. Our condition has never been unitary. There are people whose doors are being kicked down right now and they are being picked up by US Immigration and Customs Enforcement… there is persecution going on,” he said.

So how are artists responding to this cultural crisis? The Harlem-based artist Jordan Casteel noted that the current moment is not new. “We are in a state of terror more now than we were previously, but in my opinion, shit has been bad for a while. It’s the snowball that has been building,” she said. The artist, who has a solo show opening at the Denver Art Museum in February 2019, is exhibiting with New York’s Casey Kaplan gallery at the fair. 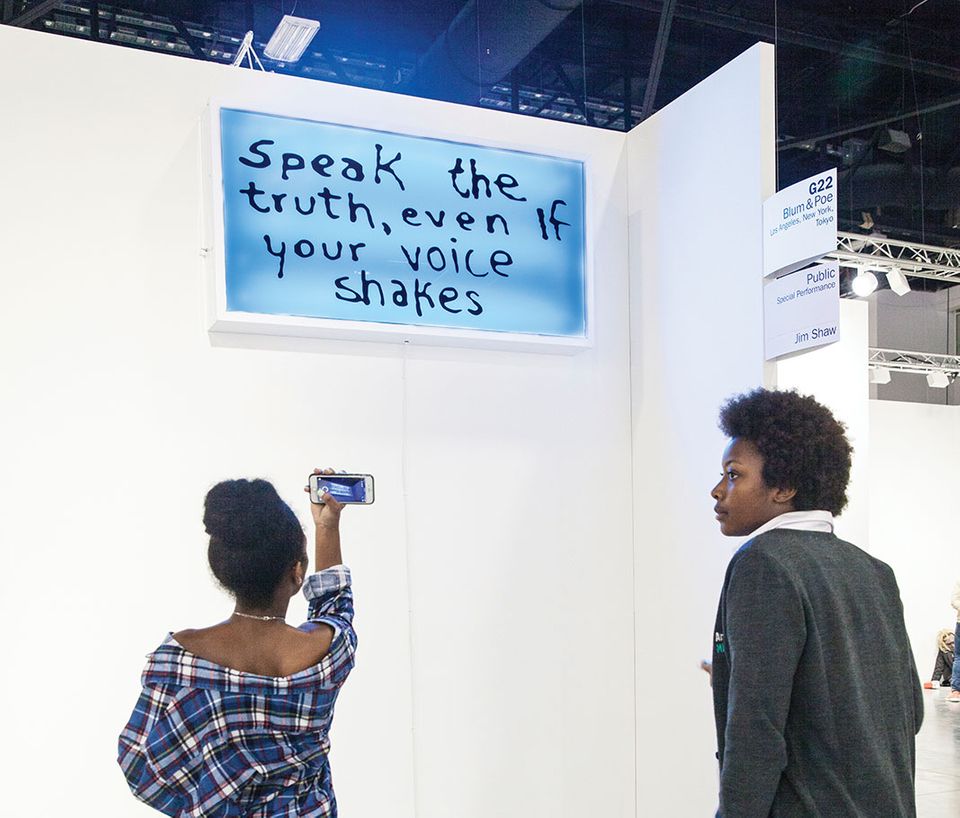 Sam Durant, Speak The Truth Even If Your Voice Shakes (2015) Photo: Vanessa Ruiz

Bill Arning, the director of the Contemporary Arts Museum Houston, said that some artists are beginning to question their practice. “Friends who work in ways that are not representational or not political have called me to share their anxiety. They ask: ‘Is this what we are supposed to be doing in the face of this reality?’” Pasternak, meanwhile, observed that artists are beginning to “respond to this historic call”.

In terms of museums staying relevant, Pasternak said that “building bridges” is key. “The thing that concerns me is that we turn in on ourselves and fight each other instead of having a civil discourse,” she said. “In addition to holding one another more accountable, we need to join forces to make the change we need.”

Dealers at the fair are also speaking out at this critical time. “We are at a serious juncture—not just with culture, but also with the environment. The stock market may be booming, but at what cost?” asks Ron Warren, a director at New York’s Mary Boone Gallery. “There’s a whole segment of the art world that is happy with how things are going, but they are not seeing the repercussions of current politics.”

The gallery is showing a work fresh from the studio of the Texas-based painter Peter Saul. President Trump Becomes a Wonder Woman, Unifies the Country and Fights Rocket Man (2017) depicts Trump as a “tri-racial woman”, Warren says. The painting is priced at $150,000 to $200,000.

The New York-based dealer Elizabeth Dee, who has two political works (priced up to $34,000 each) by the US artist and activist John Giorno on her stand, detects a cultural shift, but cautions that this is just the beginning. “There’s an over-permissiveness around race, class and gender in this country,” she says. “Before Trump and the post-truth era, artists were more apolitical. But it is heartening to see, particularly as an American woman, that action is now being taken.”