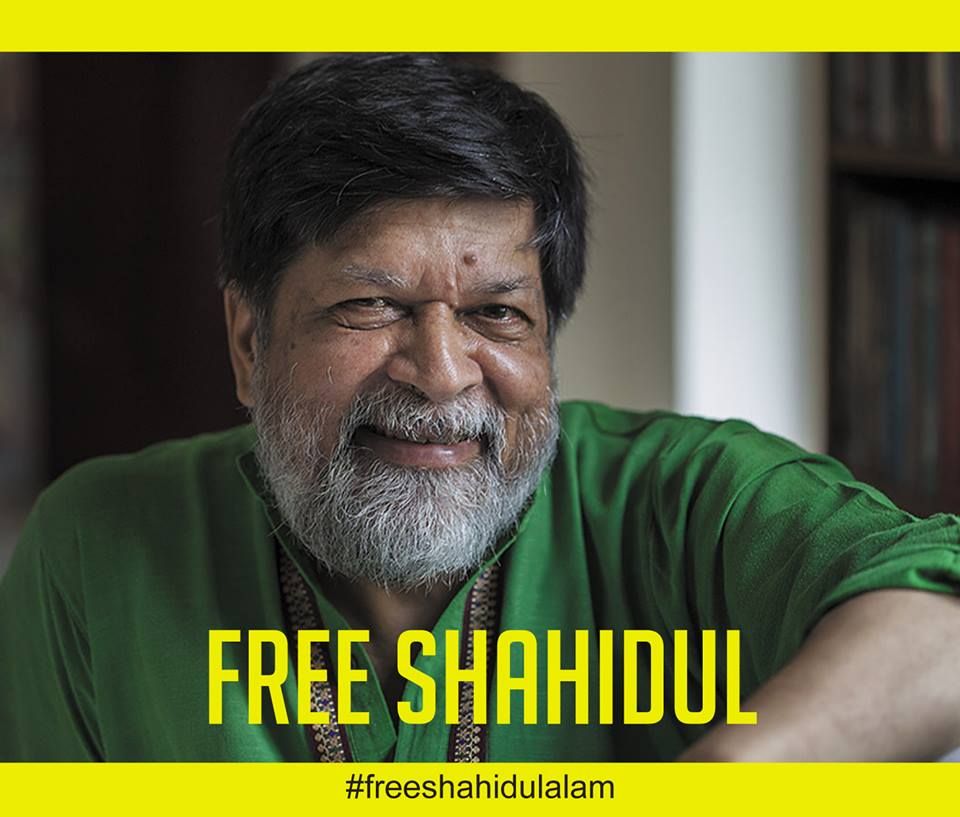 Artists, curators and writers have expressed their support for the Bangladeshi photographer Shahidul Alam who has been detained and charged by police in Dhaka. Alam criticised the government’s handling of road safety demonstrations which engulfed Dhaka earlier this week; more than 20 law enforcement officers arrested Alam at home on Sunday (5 August). The Art Newspaper understands that a high court judge ordered the Bangladeshi government to take Alam—who says that he has been tortured in prison—to hospital. He has since been returned to custody.

The Kochi Biennale Foundation in India has issued a statement condemning the arrest. “Shahidul's deeply poignant photo series Crossfire was part of the first edition of the Kochi-Muziris Biennale in 2012. The foundation abhors this kind of state-sanctioned violence, especially with regard to freedom of expression,” it says. The foundation is urging supporters of the arts to sign a petition demanding that Alam be freed; the move has so far garnered almost 1,900 signatures.

Meanwhile, 473 Indian artists, curators and filmmakers have posted on Facebook a statement backing Alam. The strongly worded declaration states that “legitimate criticism of, and disagreement with government action, is the inalienable right of every citizen in a democracy, and if that is what Shahidul Alam is being prosecuted for then it is a worrying sign that the state in Bangladesh is slipping towards autocracy.” They pledge to “shame the Bangladeshi authorities on every available international forum until Alam’s liberty is restored”.

A call has also gone out for a protest to be held at the Bangladeshi High Commission in London on 10 August.