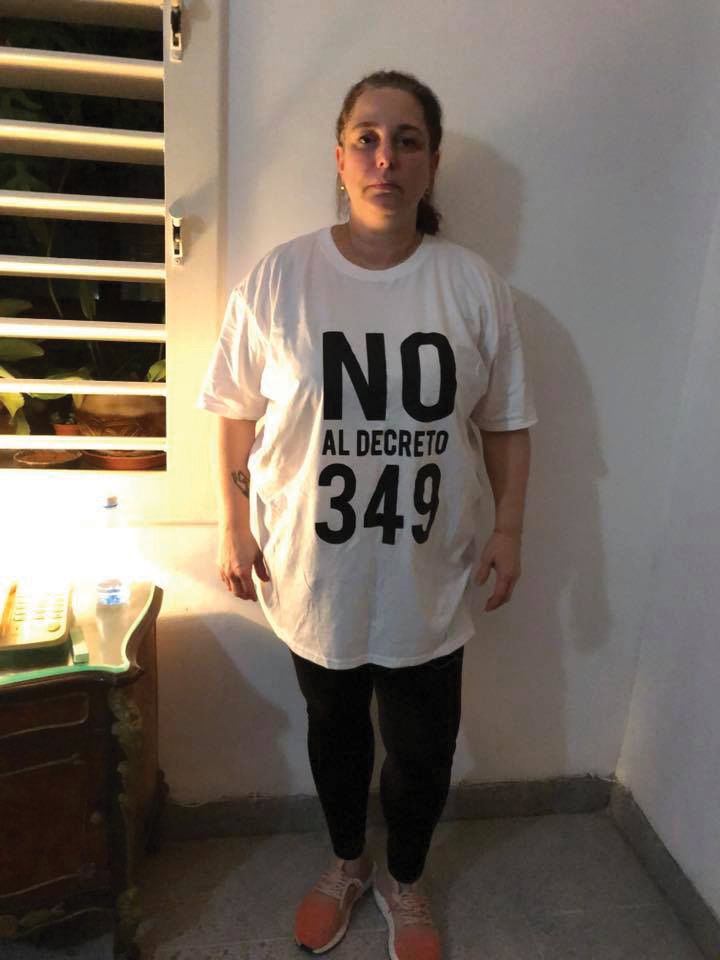 The art world has come out in support of the Cuban activist and artist Tania Bruguera and others who were arrested in Havana on Monday ahead of a planned peaceful protest at the ministry of culture against Decree 349—a mandate due to come into effect on 7 December that many fear will increase the Cuban government’s censorship of the arts. “I’m shocked,” says the dealer Thaddaeus Ropac, who is showing at Art Basel in Miami Beach. “Tania always stands out with her bravery. I have the utmost respect for her and her beliefs.”

The protest was organised by the artists Luis Manuel Otero Alcántara and Yanelys Núñez Leyva, who are believed to be in Vivac prison, according to the non-profit Index on Censorship. The artists Michel Matos and Amaury Pacheco are also reportedly still in custody. Bruguera, who was detained by police and released, was later rearrested after vowing on social media that “as long as there are imprisoned artists, I will be at the entrance of the ministry of culture. If they stop me, I will go on a hunger and thirst strike.”

The Miami-based art collector Jorge Pérez, who was born in Argentina to Cuban parents, says that the situation is disappointing considering “the incredible renaissance of Cuban arts taking place around the world”. He adds: “I’m proud of the artists for sacrificing their own well-being to raise awareness peacefully of these deplorable practices, and it’s more important than ever for the global arts community to oppose recent efforts to suppress and control Cuban creativity.”

Frances Morris, the director of Tate Modern, where Bruguera is showing work related to migration, says that the arrests “are a stark reminder of the threats that artists face around the world”.