A censorship row has blown up in Miami Beach after a photographer accused city officials in the Bal Harbour neighbourhood of censoring his public art show. The New York-based photographer Pacifico Silano planned to show his series of works, After Silence, on the beach path along the seafront in Bal Harbour village, from 1 November to 28 February.

The images show aspects of queer life depicted in the gay pornography collection of the late former Whitney curator Richard Marshall. Silano photographed the collection, which was donated to New York University’s Fales Library after Marshall’s death in 2014. Most of Silano’s pictures are cropped to show only glimpses of the men in the magazine spreads.

Silano wrote in a statement on Instagram: “The mayor [of Bal Harbour, Gabriel Groisman] took exception to many of the photographs involving bodies and deemed my work inappropriate for families. My work is about the ways we can reinterpret photography and the history of HIV/Aids within the LGBTQ community. That seemed to make the mayor and the city of Bal Harbour uncomfortable.”

City staff rewrote the curatorial text of the show, deleting all mentions of the word "queer”, Silano claims. “They also did not want ‘gay adult magazines’ mentioned as the source material for my work,” he says, adding that city authorities wanted to leave blank display spaces in place of works that had allegedly been censored. The Art Newspaper understands that Claire Breukel subsequently resigned from her post as the curator of Bal Harbour village; the organisation Unscripted Bal Harbour oversees exhibitions in the area. 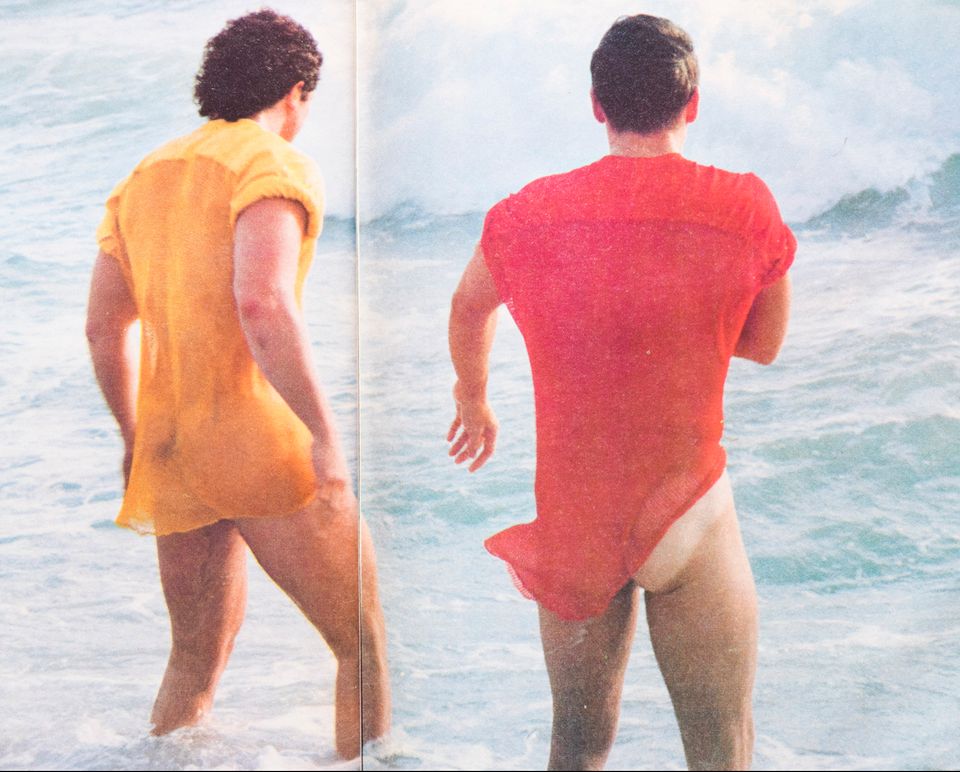 Silano photographed the collection, which was donated to New York University’s Fales Library after Richard Marshall’s death in 2014 © Pacifico Silano

Jose Diaz, the chief curator at the Andy Warhol Museum in Pittsburgh, had organised Silano’s public art project as a guest curator. He wrote on Facebook: “It is with disappointment that the artist Pacifico Silano and I have withdrawn from the Bal Harbour beach path art project After Silence. For the project to be approved, censorship would be required and neither Pacifico nor I believe the revised project would be representative of contemporary queer issues.”

Bal Harbour’s mayor, Gabriel Groisman, tells The Art Newspaper that the “impetus for this situation” is that the city objected to two images by Silano which included partial nudity. “We run an extensive taxpayer-funded art programme. We decided that those pictures should not go up on our public beach path where people of all ages visit,” he says.

“The other images are fine but instead of working with us, the organisers decided to pull the show. It’s unfair and disingenuous for anyone to attribute this to any sort of discrimination or art censorship. Our municipality has a long-standing relationship with the art world and we endeavour to continue to do so in the future.”