Artist brings 50 US flags from 50 states to New York

For his travelling project, Mel Ziegler exchanged old flags—from private homeowners, a National Guard office and even a casino—for new ones 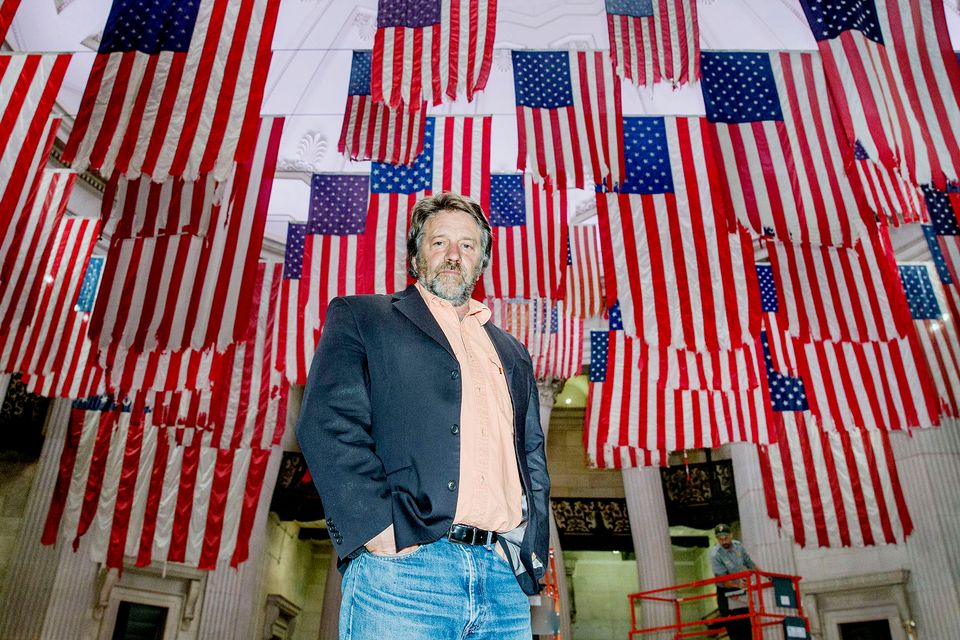 Federal Hall in downtown New York, which sits on the site where George Washington was inaugurated as the first American president in 1789, is hosting a uniquely appropriate exhibition.

Mel Ziegler’s Flag Exchange project, which has toured four US cities since 2013, is a presentation of 50 distressed American flags, one collected by the artist from each state between 2011 and 2016, during which Ziegler travelled across the country and offered new flags for old ones.

Ziegler came across his first flag near Nashville, Tennessee, where he lives. “It was hanging from a barn and had been there so long that the white stripes had rotted away and only the red ones remained,” he says. “I thought it was amazing, the way it looked, and then I couldn’t help myself. I just started noticing ragged flags everywhere.”

His original intention was exchange flags only at civic buildings, but he eventually expanded his scope. The flags in the exhibition come from private homeowners, a National Guard office and even a casino.

“When I started, I wasn’t thinking about the political climate in the US.”

“When I started, I wasn’t thinking about the political climate in the US,” Ziegler says. “I was just trying to start a conversation. But who would have thought the climate would be what it is in 2017? It’s beyond what I imagined. It’s more charged that ever.”

But for the artist, a political message is not the point. “The flags can work on their own, but I think it’s important for institutions to collaborate and that’s what they’re trying to do,” he says. When it was show at the Tang Museum at Skidmore College in Sarasota Springs, New York from July 2016 to January 2017, the work was used as staging ground for discussions about the US presidential election.

“This work is a powerful signal of the reasons we should trust artists,” says the show’s curator, Hesse McGraw, who directs the Walter and McBean Galleries at the San Francisco Art Institute. “At a moment in which our democracy and free speech are most under threat, Mel Ziegler’s work Flag Exchange finds the common ground we’ve otherwise lost.”

• Mel Ziegler: Flag Exchange will be at Federal Hall until 10 November.