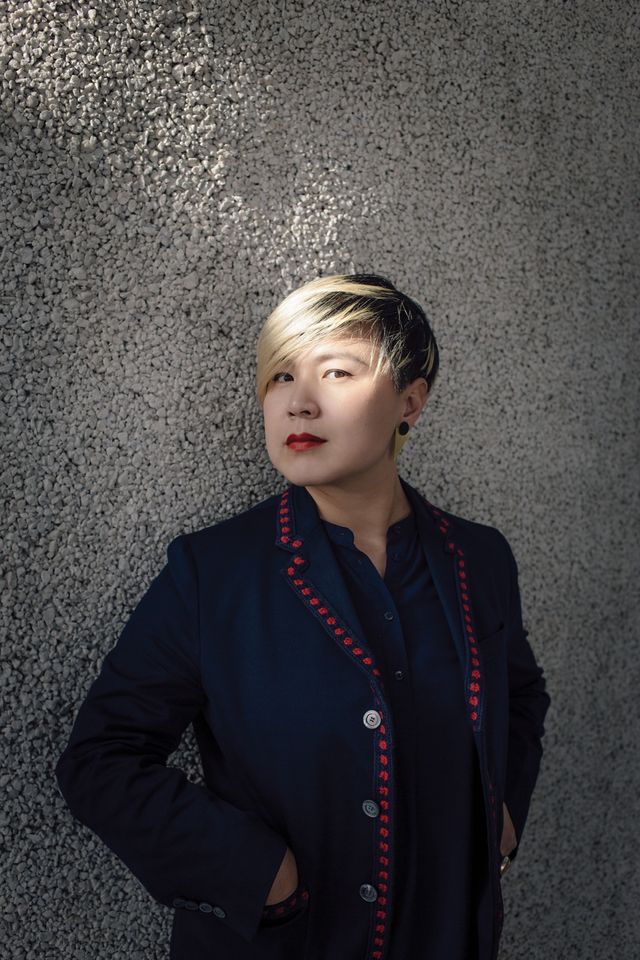 Cai Fei’s exhibitions in China have been limited to sporadic group shows Photo: Myrzik and Jarisch

Cao Fei’s solo exhibition at the Hong Kong arts and culture hub Tai Kwun marks a departure not just for her turn towards more formal cinematography. A hollow in a world too full (until 9 December) is also the Chinese multimedia artist’s first major institutional show in greater China, the precursor to a larger retrospective at the Ullens Center for Contemporary Art (UCCA) in Beijing in 2020.

The latter “will be her first survey in mainland China and in the city where she has worked since 2006”, says UCCA’s director, Philip Tinari, who has been planning the collaboration with Tai Kwun for almost three years. “We are hoping to present the range of her career, but also to ground it in the specific context of Beijing and the Jiuxianqiao area that is home to both the 798 [Art District], her studio, and China’s early electronics industry.”

Internationally, Cao is one of China’s most acclaimed contemporary artists. Since showing in the 2001 Berlin Biennale and 2003 Venice Biennale, she has exhibited at the Serpentine Gallery in London (2008), Vienna Secession (2015) and MoMA PS1 in New York (2016). “This year and next she has a wave of mid-career shows at institutions in Germany, France and the UK,” Tinari says. But although she is well known in China, her exhibitions there have been limited to intermittent group shows.

Cao says she never chose a career abroad: “It all came by chance; I did not deliberately pursue any strategy.” China’s censorship has not affected her, she says, as the “internationalised formal language” of her work skirts the official radars. “I suppose China just has too many artists, and I’m not in rotation yet. I am still young—I just turned 40—and this is very normal.”

Tai Kwun commissioned Cao’s new work Prison Architect, which was filmed on its premises, the former Central Police Station. The historic police headquarters, barracks and prison blocks will all appear, she says. The centrepiece of the exhibition, it will be screened in various locations across the complex, while the gallery will host a daily performance.

The film also taps into local cinematic history: Cao recruited the retired actress Valerie Chow, who starred in Wong Kar-wai’s Chungking Express, and the director’s regular cinematographer Pung-Leung Kwan. The narrative centres on “an architect of the prison’s reform” in the 1970s and 1980s, Cao says. “In a larger sense, it explores the social significance of ‘imprisonment’ today.”

The artist was born in Guangzhou and describes nearby Hong Kong as “my conceptual hometown”, having visited almost every year since the early 1990s. “My childhood was deeply influenced by Hong Kong television and film: the Western films, the Asian beauty contests and music shows,” she recalls. “People say Hong Kong is a cultural desert, but it was my nourishing breeding ground.”