Through his community programmes and art spaces, the artist and organiser “profoundly impacted the daily lives” of people in the city 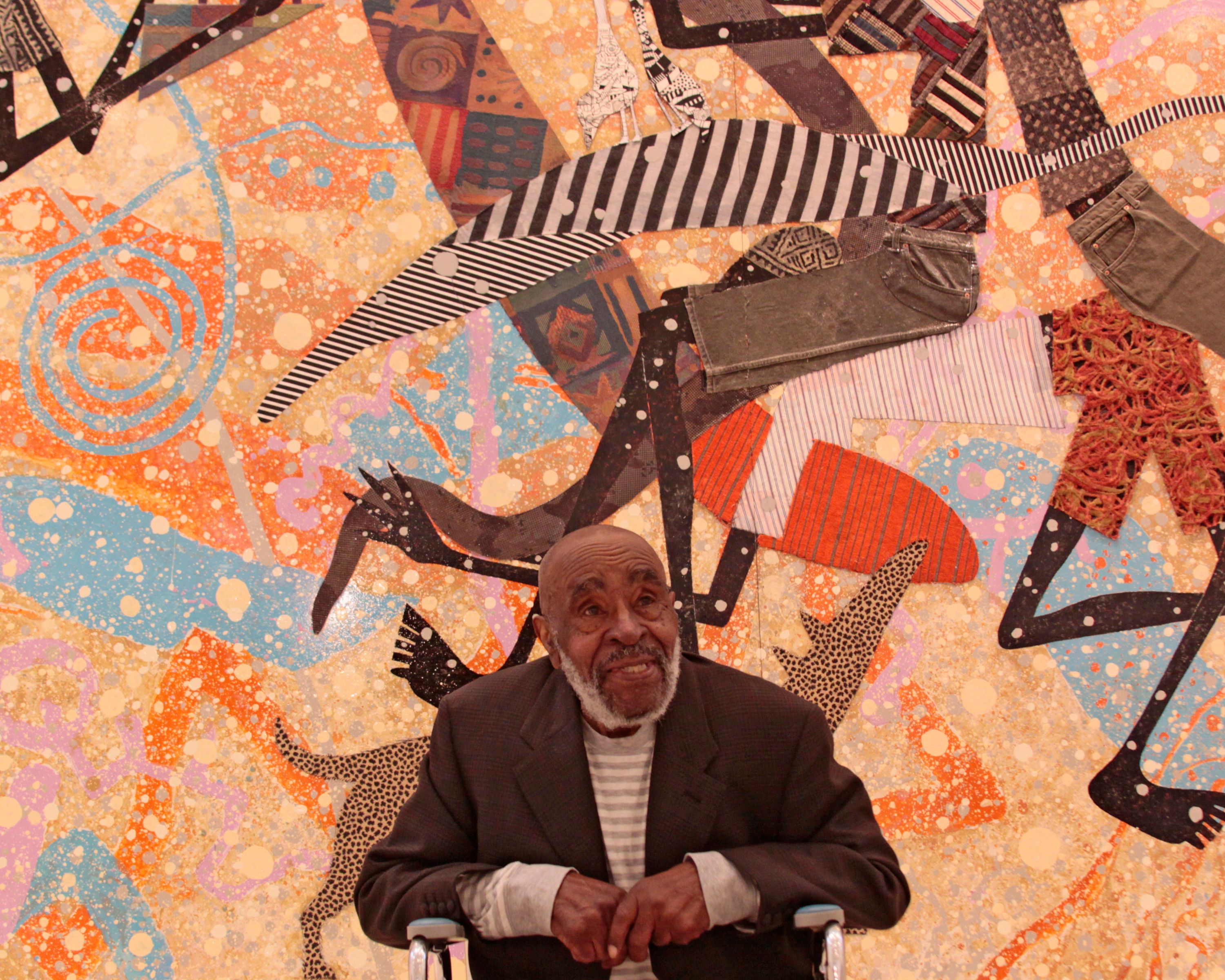 Charles McGee at a 2011 exhibition opening at the Marshall M. Fredericks Sculpture Museum in Grand Rapids

Charles McGee, a mainstay of the Detroit arts community whose work can be seen in murals and museums throughout the city, has died at his home, aged 96.

Born in 1924, in Clemson, South Carolina, McGee was raised by his grandparents, on a sharecropper farm. “I started as a farmer,” he told the Detroit Metro Times in 2017. “I noticed how the snakes move. And how the days would be longer but very exciting… You'd stand there and look at a cow, and that was it.” At the age of ten, McGee was sent to live with family in Detroit. Though he was illiterate at the time and had never attended school, he was placed into the fourth grade and forced to adjust to city life quickly. By the age of 16, he was working in factories, and soon after he enlisted in the Marines and was stationed in Japan during the Second World War. When he returned to Detroit, he studied art on the GI Bill at the Society of Arts and Crafts (now the College for Creative Studies), where his works tended to focus on figurative drawings of Black, urban life

He soon became a fixture of the city’s art scene. In 1969, he organised Seven Black Artists, the first all-Black group show at the Detroit Artists Market. The same year, he also founded Gallery 7, a cooperative artspace in the city, as well as the Charles McGee School of Art, an entirely volunteer-run programme for children, which remained open until 1974. In 1979, he co-founded the Contemporary Art Institute of Detroit, a community-based, non-profit art space. “Charles McGee left a tremendous legacy for all Detroiters,” says Salvador Salort-Pons, the director of the Detroit Institute of Arts, in a statement. “I can think of no other artist who has so profoundly impacted the daily lives of those in our community” 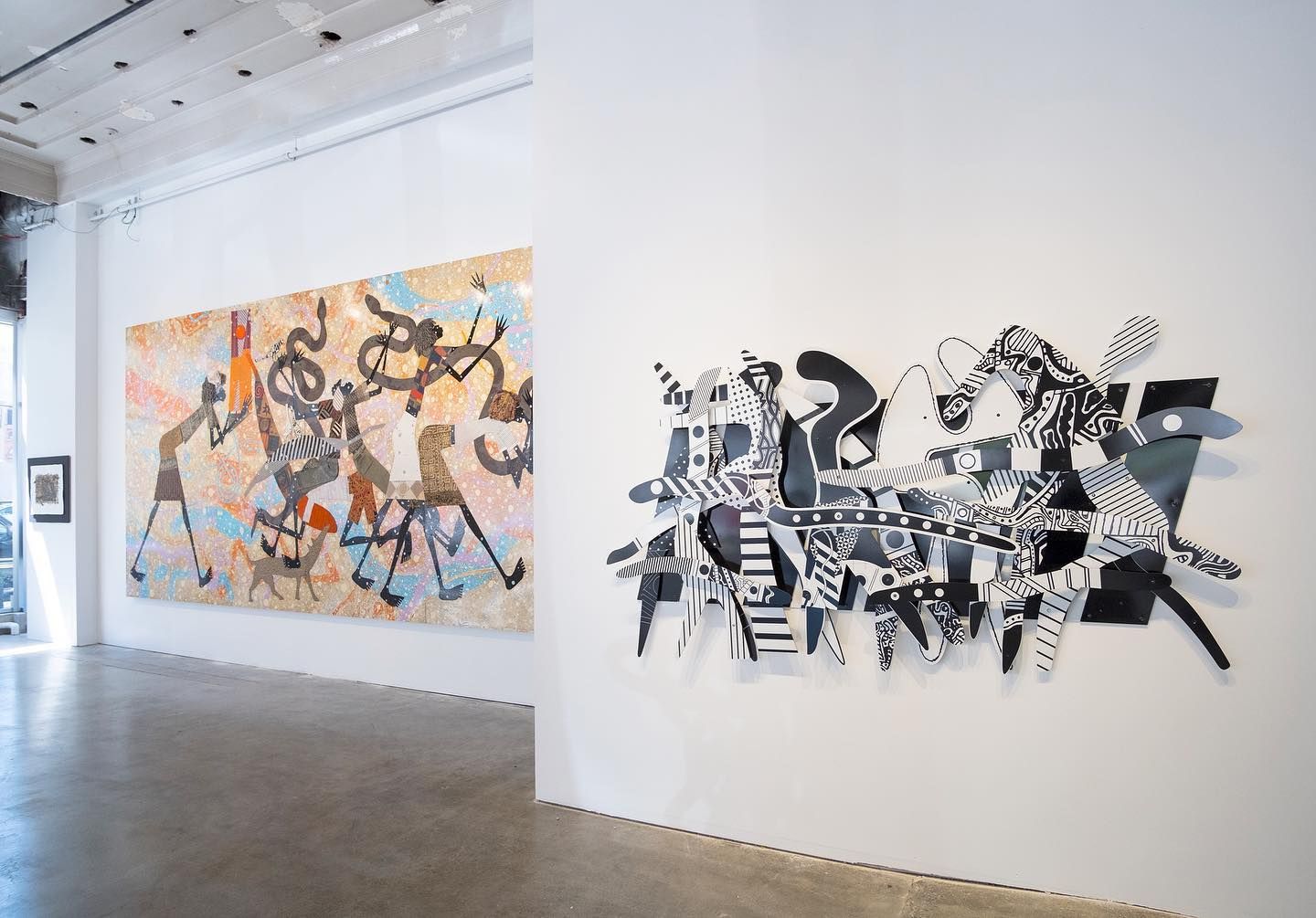 Through the late 1960s and the 1970s, McGee’s work grew more abstract, and figuration made way for more painterly inquiries into form, colour and texture. Often citing Jean Dubuffet as a major influence, figures would occasionally return to his work—such as in his 15-foot wide mixed-media piece Noah’s Ark (1984) on permanent display at the Detroit Institute of Arts—but they would maintain formal elements consistent with his abstractions.

In 2017, Detroit’s Library Street Collective hosted Charles McGee: Still Searching, a retrospective of the then 92-year-old artist’s seven-decade-long career. “Charles McGee will be greatly missed by the countless people who knew him,” says Anthony Curis, the co-founder of Library Street Collective. “We are lucky that his spirit will live on through the work of his prolific career that spanned more than 70 years—including assemblages, sculpture and iconic public art for Detroit. I feel grateful to have known Charles both through our work together and as a friend.” Fellow Detroit artist McArthur Binion, who included works by McGee in a 2019 group show that he curated also at Library Street Collective, says, “Charles McGee was the very first artist that I ever met when I was 11 years old in Detroit. We were close friends all my lifetime.”

Though he suffered a stroke in 2011 which limited his movements, he continued to make art all his life, focusing on smaller projects he could execute himself and working with assistants and fellow artists when a project grew beyond his physical capacities. “At that last moment of my life, I'll go out very happy because I feel like nature has given me a kiss of beauty that nobody can take from me,” McGee told the Detroit Free Press in 2008. “It's nice to be able to share it with those willing to come into that arena.”