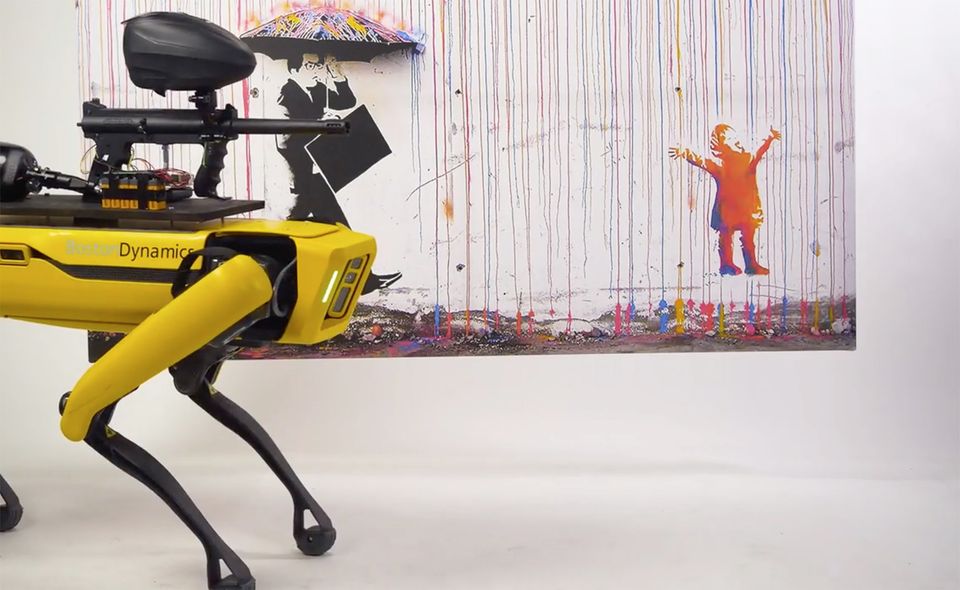 Retailing at $74,500, Spot is pricier than the average canine companion. It is also a robot that can operate machinery and possesses alarming military capabilities. These qualities are what the New York based-artist group MSCHF aims to draw attention to with an installation that will launch online today.

Visitors to Spot's Rampage can use their phones to temporarily control the cybertronic canine, firing the paintball gun strapped to its "back", which splatters the white walls of a gallery in which it has been placed. MSCHF, which will livestream the event, has yet to confirm the gallery's location.

Spot's manufacturer, the engineering company Boston Dynamics, tweeted in displeasure at the "provocative" project when it was announced earlier this week. "We condemn the portrayal of our technology in any way that promotes violence, harm or intimidation," reads a statement.

“Provocative art can help push useful dialogue about the role of technology in our daily lives,” it continues. “This art, however, fundamentally misrepresents Spot and how it is being used to benefit our daily lives.”

This stamp of disapproval does not seem to bother MSCHF, which is known for its attention-grabbing viral projects, such as a pair of Birkenstocks made from Hermès Birkin handbags. “We talked with Boston Dynamics and they HATED this idea,” the company says on its website. “They said they would give us another TWO Spots for FREE if we took the gun off. That just made us want to do this even more and if our Spot stops working just know they have a backdoor override built into each and every one of these little robots.” 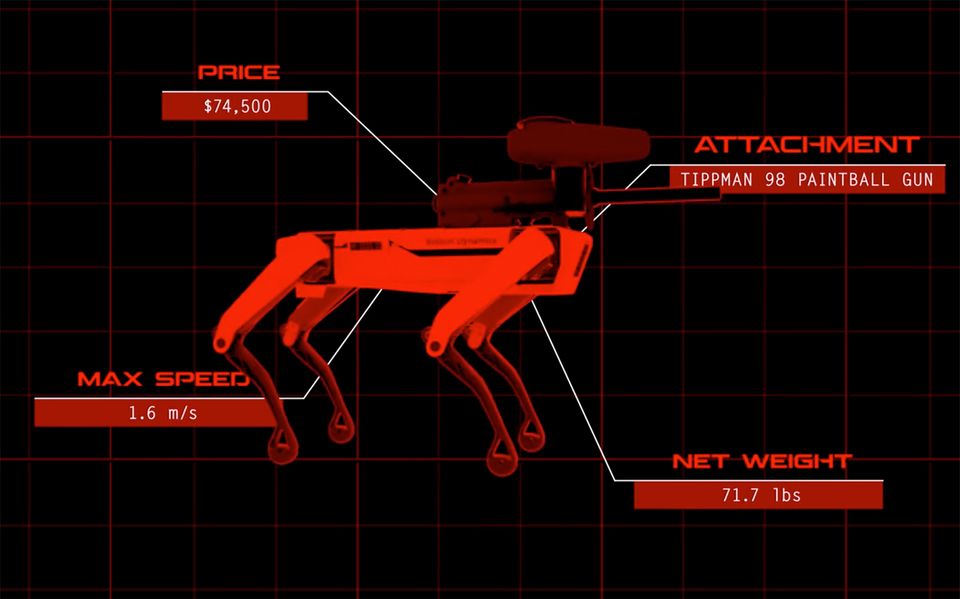 Boston Dynamics, which was purchased by Hyundai from the Japanese conglomerate SoftBank in December for $1.1bn, was founded in 1992 by its current chief executive Marc Raibert, who said at a Wall Street Journal technology conference in 2017 that he predicts the robot will "probably have military customers". He adds, however, that using Spot to harm a person would void the terms of its sale and that he envisages its main uses to be limited to "mundane tasks".

At the same conference, Raibert said that the trepidation surrounding Spot stems largely from its anthropomorphic design, which leads people to believe that it can have its mind of its own, more so than the automobiles and aircrafts used widely in daily life that are already programmed with autonomous capabilities. This worry has led to murderous quadruped robots increasingly being featured in popular culture. For example, the episode Metalhead of the dystopian Netflix television show Black Mirror was based on Boston Dynamics' creations.

Still, this fear may be well placed—on Tuesday, a Twitter user captured a video of the New York City Police Department operating a quadruped robot in the Bronx that bears a striking resemblance to Boston Dynamics' Spot.

"They’ve worked really hard in terms of their marketing team to kind of bridge this association of Spot the dog with cute internet videos," Daniel Greenberg, the head of strategy and growth for MSCHF, told NBC News.

"Spot is an empathy missile, shaped like man’s best friend and targeted straight at our fight or flight instinct," MSCHF's website says. "When killer robots come to America they will be wrapped in fur, carrying a ball... this thing will definitely be used by police and the military to murder people."