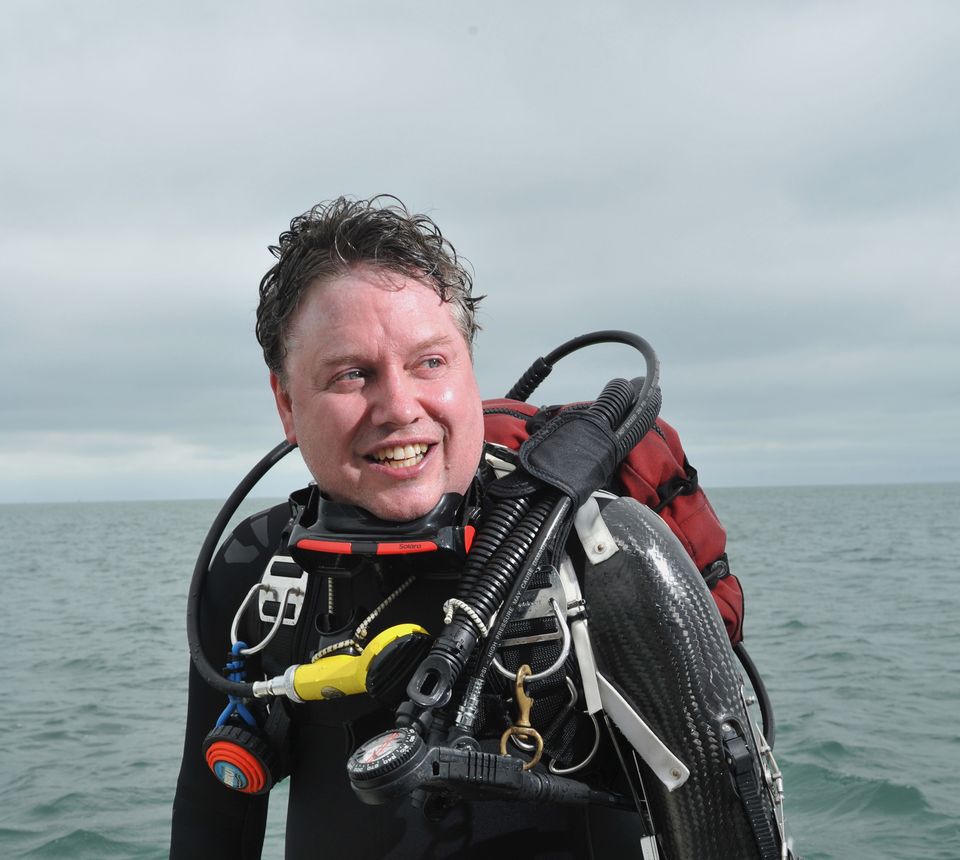 Rick Allen, who sued North Carolina officials over the unauthorised use of his images of a salvaged pirate ship © Cindy Burnham, Nautilus Productions

In a case that is due to be argued before the US Supreme Court this fall, a producer and director who filmed the salvaging of an 18th-century pirate ship in North Carolina has sued state officials for infringing on his copyright without his permission and failing to compensate him for his work. The case could have wider repercussions for artists whose work is disseminated by states who invoke “sovereign immunity” to avoid negotiating with the images’ creators.

After the independent producer and director, Rick Allen, filmed the salvaging of Blackbeard's flagship, Queen Anne's Revenge, in Beaufort, North Carolina in the late 1990s, the state of North Carolina posted five videos and one still photograph at its tourism website and on its social media pages.

Allen and his company, Nautilus Productions, brought their federal suit against North Carolina's governor, Patrick McCrory, and other top officials of the state in 2015. The same year, the North Carolina state legislature enacted a law that treats all photographs, video recordings and other documentary materials depicting a derelict vessel or shipwreck and its contents as part of the “public record,” permitting the state to make use of Allen's copyrighted material without having to obtain his permission or make any payments to him.

The statute, which Allen has dubbed “Blackbeard's Law,” claims that the state is immune from lawsuits regarding such images because of the 11th Amendment to the US Constitution, which North Carolina officials see as granting states immunity from lawsuits filed by citizens for monetary damages without the state’s consent.

Allen’s suit initially succeeded in a US district court, but that decision was reversed in an appellate court earlier this year. The Supreme Court’s decision is likely to be of interest to other copyright holders, such as the aerial photographer Jim Olive, who learned in 2015 that the University of Houston had made use of his still images, stripping them of their identifying information and publishing them on its website and in print publications, and the author Michael J. Bynum, parts of whose unpublished book about Texas A&M University's football team were taken in 2014 and published on the school's athletic department's website.

In each instance, lawsuits were filed–none have been fully resolved–and the concept of “sovereign immunity” was cited as justification for state institutions to infringe on a creator’s copyright, forgoing the need to seek permission or to pay the individuals whose works were taken and used.

The Supreme Court's decision is likely to have an import beyond the issue of North Carolina's use of Allen's images, according to the New York art lawyer Judd Grossman. “Ultimately, it will determine whether or not artists will be barred from suing a state” if they determine that there was an infringement on their copyright, he says.

Allen had obtained the rights to create the video footage and photograph through a permit issued by North Carolina to the people salvaging the sunken ship, and Allen subsequently registered his work with the US Copyright Office. He also assumed that his images were protected by a 1990 statute enacted by Congress, the Copyright Remedy Clarification Act, which provides that states and state officers “shall not be immune, under the Eleventh Amendment of the Constitution of the United States or under other doctrine of sovereign immunity, from suit in Federal court by any person ... for a violation of any of the exclusive rights of a copyright owner provided by” federal law.” According to Allen's Washington, DC-based lawyer, Derek L. Shaffer, that 1990 law was specifically written to “do away with a state's claim of sovereign immunity as it pertains to copyright law.”

It therefore appears that two federal statutes–one enshrined in the US Constitution and the other enacted by Congress–are at odds. Yet Shaffer noted that “the courts have taken a muscular view of states' rights, believing that Congress cannot abrogate state sovereign immunity”.