Bang goes the neighbourhood? Criticism grows to Bjarne Melgaard’s A House to Die In

Many Norwegians have second homes in the countryside, but the New York-based artist Bjarne Melgaard, who hopes to build A House to Die In, is facing increasing opposition over his. Critics object to the chosen site for the artist’s final residence, which is in a forest near Oslo that Edvard Munch used to paint and where he had a studio.

The artist has been working on the controversial project, which is part conceptual work of art and part building, for the past five years in collaboration with the leading architects Snøhetta. The project was first unveiled in Melgaard’s exhibition at London’s ICA in 2012. Renderings of the unconventional building—the opposite of tasteful Scandinavian minimalism—show an angular structure that is black outside with a glowing red interior.

The photographer Per Maning has added his voices to those opposing Melgaard’s house by organising The Munch Forest 2016, an exhibition featuring close-up images of the trees that grow in Munch’s former stamping ground. The area, which is called Ekely, is also where the photographer lives. The solo show was held in Oslo’s Brandstrup Gallery during January and February. 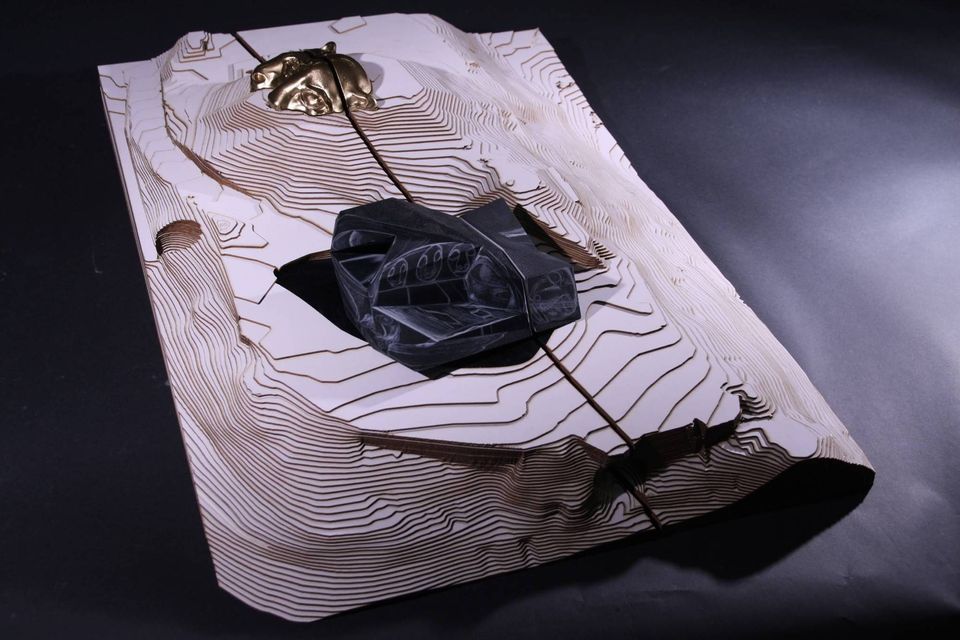 Melgaard defends A House to Die In, saying: “We’re planning something that adds to the neighbourhood, not hurts it.” He points out that Maning lives in a house that was built in Ekely after Munch’s death in 1944. Melgaard believes that his home would increase the importance of Ekely as an artistic community.

Snøhetta describe the unusual project as being “outside [their] comfort zone”. Kjetil T. Thorsen, a Snøhetta partner, says that no one wants to harm Munch’s estate. Plans include an underground pool and a 12-metre tall tower, which will be lower than the surrounding trees.

about 8 hours ago
A brush with... Jenny Saville

about 9 hours ago
In wake of murder-suicide, artists speak out over a lack of mental-health provision in the art industry