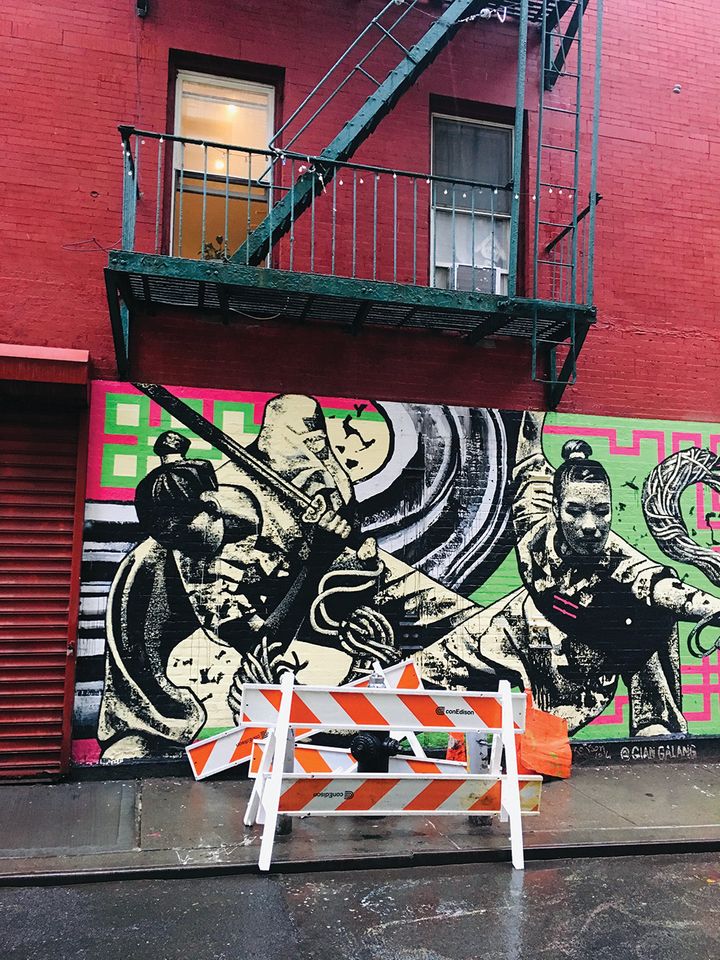 At a rally on the front steps of New York’s city hall in June, a group gathered in support of the Small Business Jobs Survival Act (SBJSA), a bill that would give small businesses commercial lease protections across New York City. Among the attendees were employees of the New Art Dealers Alliance (Nada), the dealer Bridget Donahue, the artist Vanessa Thill and other members and supporters of Art Against Displacement (AAD), a coalition of artists and arts professionals from Chinatown and the Lower East Side.

According to Michelle Rosenberg, an artist who co-founded AAD in 2016 and who lives in a co-op in the Lower East Side, the SBJSA “offers a sliver of hope that we may be able to keep our studios and gallery businesses a little while longer” in a city where affordable studio space is near impossible to come by and commercial tenants have few rights or protections.

The SBJSA, which was introduced in 1986 and is still being debated in New York’s city council, highlights concerns about the rampant development of Manhattan that some say has worsened under Mayor Bill de Blasio. Several new luxury developments on the Lower East Side—most notably four proposed luxury megatowers in the Two Bridges area—are threatening living and working space for thousands of residents, among them senior citizens, artists, art dealers and other small business owners.

Along with other members of the coalition, AAD has lobbied in support of the Lower East Side Organised Neighbours (LESON) lawsuit, one of four lawsuits that have been brought against the construction of the towers, which they say would threaten a nearby senior housing unit, place enormous strain on the local environment and infrastructure, and lead to widespread displacement in the community. A spokesperson for the developers says that the lawsuits were without merit and that the towers would come with hundreds of affordable housing units, as well as upgrades to East Broadway station and other benefits to the area. Yet on 5 June, Judge Arthur Engoron issued an injunction against the developers until 2 August.

Members of AAD, sensitive to the reputation art communities have for being catalysts of gentrification, stress that their work is to support and learn from the vision and activism of long-standing grassroots organisations that are part of the coalition, like National Mobilisation Against Sweatshops (NMASS) and the Chinese Staff and Workers Association.

JoAnn Lum, the executive director of NMASS, says AAD has played an integral role in this and other anti-displacement battles in the community. At 83-85 Bowery, where a group of Chinese residents fought to return to their rent-stabilised apartments after being evicted in early 2018, tenants joined with other community members to fight for the right to the building, “artists were right there with them”, she says. “The coming together of the hardest hit of the community—low-income residents, immigrants, workers of colour—with youth, artists and students helped to develop the leadership of these tenants, transforming them from victims to agents of change.”

Other members of the art community are also mobilising. Heather Hubbs, the director of Nada and a resident of the Lower East Side, says she felt it was important to show up for the SBJSA, not only because she supports many small businesses in the city but also because she has a child who goes to school in the neighbourhood. “I want to set an example for my son that it’s important to care about my community,” she says.