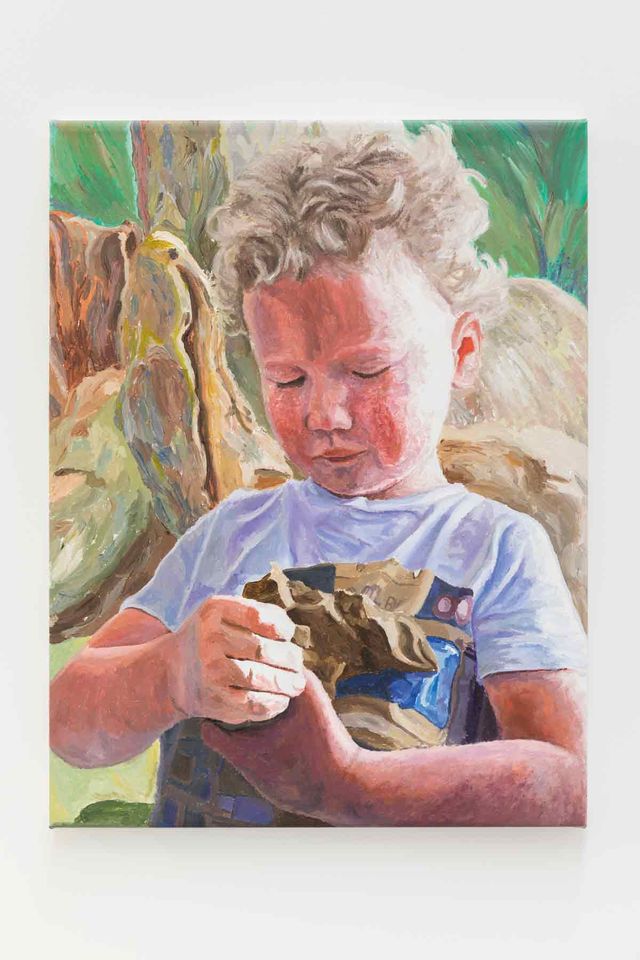 A painting of the young son of the US artist Dana Schutz, whose painting Open Casket (2016) raised a storm of controversy when it went on display at the Whitney Biennial last year, is on show at the Liste art fair at the stand of Arcadia Missa gallery. Open Casket attracted criticism for its depiction of the body of Emmett Till, an African American teenager who was lynched in 1955. At the time of the biennial, critics of Schutz’s work said that a white artist has no right to appropriate an image of brutal violence against a black youth, and called for the painting to be destroyed; supporters defended Schutz’s right to free speech.

The Somali-Australian artist Hamishi Farah—who has also curated the gallery’s stand at Liste—was among the artists who signed an open letter condemning the work. His painting at the fair, called Representation of Arlo (2018), is a direct response to Schutz’s painting. “The viewer’s response to the work creates the situation whereby they hopefully reach some point of self-reflexivity, regarding their responses to situations where white artists appropriate black bodies”, Farkas says. The intention is to move the debate forward in a “constructive way”, Farkas adds, and to tackle the history of painting, which is “so bound to whiteness and white histories”. The work, based on a photograph the artist found online, is due to travel to the Frans Hals Museum in Haarlem, Netherlands, as part of a group show in September.

This article has been updated on 13 June with an additional quote ("The viewer's response [...]") from Farkas