As part of plea agreement, Tobias Madison must attend a 26-week batterers’ programme and attend weekly therapy sessions to have his criminal record cleared in a year’s time 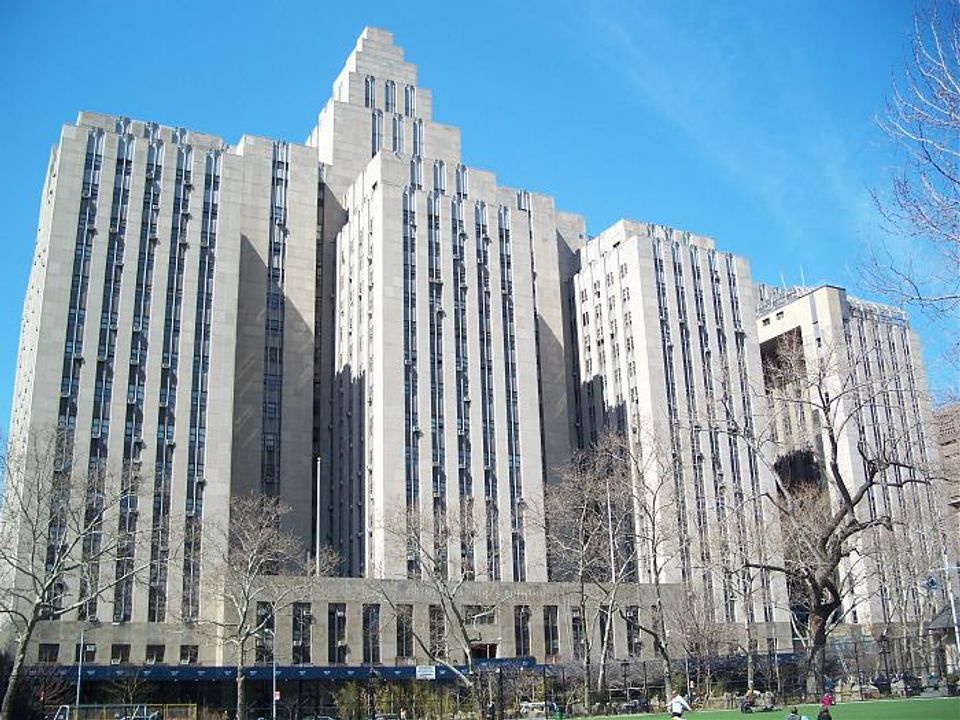 The Swiss-born, New York-based artist Tobias Madison pled guilty to one criminal count of assault in the third degree and one count of harassment in a domestic violence case in New York Criminal Court this morning. As part of an agreement with the District Attorney’s office, he can clear the assault charge from his record in the future, provided he meets certain conditions over the next year.

The DA’s office had charged Madison with four misdemeanours for assault, attempted assault, and criminal obstruction of breathing or blood circulation; and one violation, for harassment. According to the criminal complaint, during an incident in December 2018, the artist strangled his then girlfriend, hit her in the face, and struck her head against a wall, “causing swelling to the head, concussion, and substantial pain”.

In court today, Assistant District Attorney Kirstie Raffan opened with a statement saying: “The People believe that each of the charged crimes in this case, and their underlying facts as articulated in the criminal complaint, can be proved beyond a reasonable doubt”. This is based on evidence including Madison’s own comments and communications, she said. But the artist was being given the chance to plead to only the lesser charge of harassment in a year’s time, “to give the defendant an opportunity to take responsibility for his conduct and work to avoid re-offending,” Raffan concluded.

Over the next year, he must have no new arrests; attend a 26-week in-person batterers’ programme in Basel, Switzerland, where he was born; have weekly sessions with his therapist, with compliance and progress updates sent to the DA’s office every two months; and abide by a full order of protection barring him from contacting the victim. If he meets those conditions, the guilty plea for the top charge of assault will be vacated.

Madison was quiet in court, where he was accompanied by a female friend, and gave one-word answers to Judge Keshia Espinal’s questions. His lawyer, Julie Rendelman, declined to comment after the hearing.

The case came to light last autumn, as we previously reported, when supporters of the victim wrote a letter asking for a dialogue with the Swiss Institute, where a piece by Madison was on view as part of a group show. In the wake of the news, the poet CAConrad cancelled a reading at the museum, but Madison’s work remained on view throughout the run of the exhibition, which closed on 29 December. The organisation’s director, Simon Castets, said at the time that “we respect the rights of all parties involved. Therefore, we will let the courts and the authorities determine the facts”. The Swiss Institute, which also gave Madison his first solo show in the US in 2010, has not responded to a request for comment on the artist’s guilty plea.

The artist was formerly represented by the Los Angeles gallery Freedman Fitzpatrick, but that relationship ended about a year ago, “for reasons that had nothing to do with his personal life, and before knowledge of any charges that were filed against him were made evident to us,” says dealer Robert Fitzpatrick. Both Galerie Francesca Pia in Zurich and the Modern Institute in Glasgow currently list Madison on their websites as among their represented artists. Inquiries to those galleries have not been answered.

In 2018, 111,330 intimate partner domestic incident reports were filed in New York City, an increase from the previous year. According to the National Coalition Against Domestic Violence, one in four women in the US experience domestic violence of some kind in their lifetimes.