Plus much more fair gossip 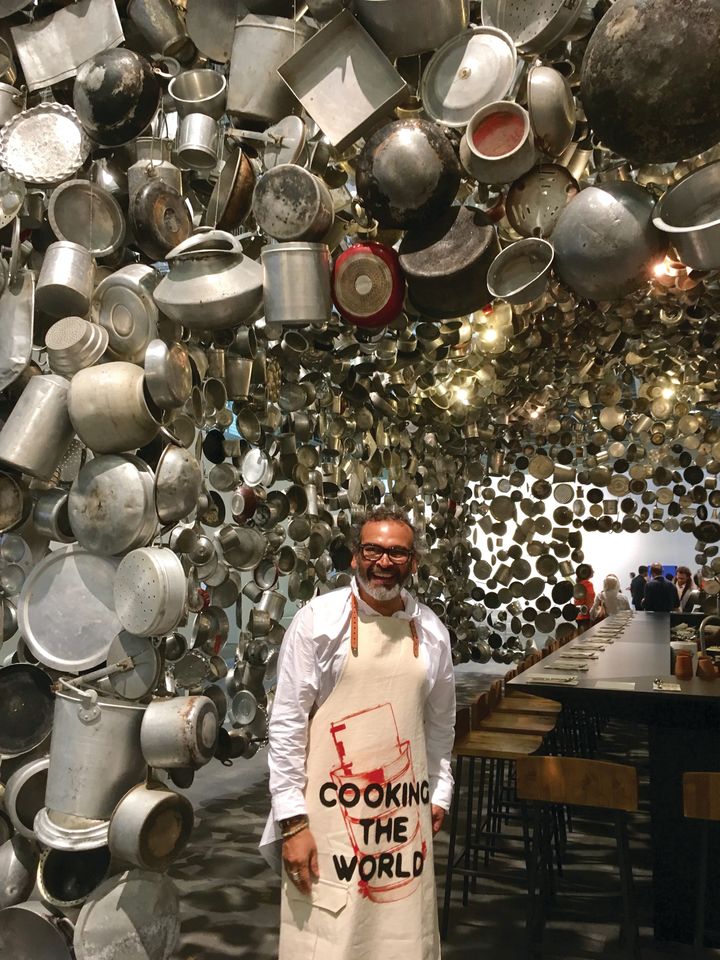 Fed up with fondue? All rösti-ed out? Then head over to Unlimited at Art Basel, where Subodh Gupta is dishing up a delectable Indian feast from inside one of his giant sculptures made from old cooking utensils. “I love cooking, and food is my passion,” declares the Delhi-based artist, whose gastronomic performance Cooking the World is taking place four times a day throughout the fair. Visitors can choose from a menu of dishes reflecting the cultural and religious diversity of the Indian subcontinent. These are cooked and served by Gupta and a band of helpers who first sprinkle the happy diners with rosewater. “Offering and serving a meal is an act of inclusion and community, and I like to know that my food will be entering your DNA,” Gupta says. The entire structure, including the cooking facilities, is for sale at €800,000, with the stipulation that any new owner must cook one of the dishes on Gupta’s menu. Booking is essential, at cookingtheworld.eventbrite.com

Parcours pussy riot Never mind the gargoyles on Basel cathedral; there’s grotesquerie aplenty in Marvin Gaye Chetwynd’s high-octane Parcours performance nearby. The UK artist has filled a former Medieval laundry with steam once again to create a mad laboratory inspired by the 1963 Jerry Lewis film The Nutty Professor. Lights flash and dry ice billows as the artist and her troupe become the nuttiest of professors, contorting and falling into convulsions as they imbibe their own concoctions. Things go even more horribly awry in The Panther Ejaculates, in which the zany crew enact a scene from the film Catwoman, operating cat puppets and—audience participation alert—performing a ritual resurrection on a member of the audience while giving other visitors the occasional kitty-like lick. 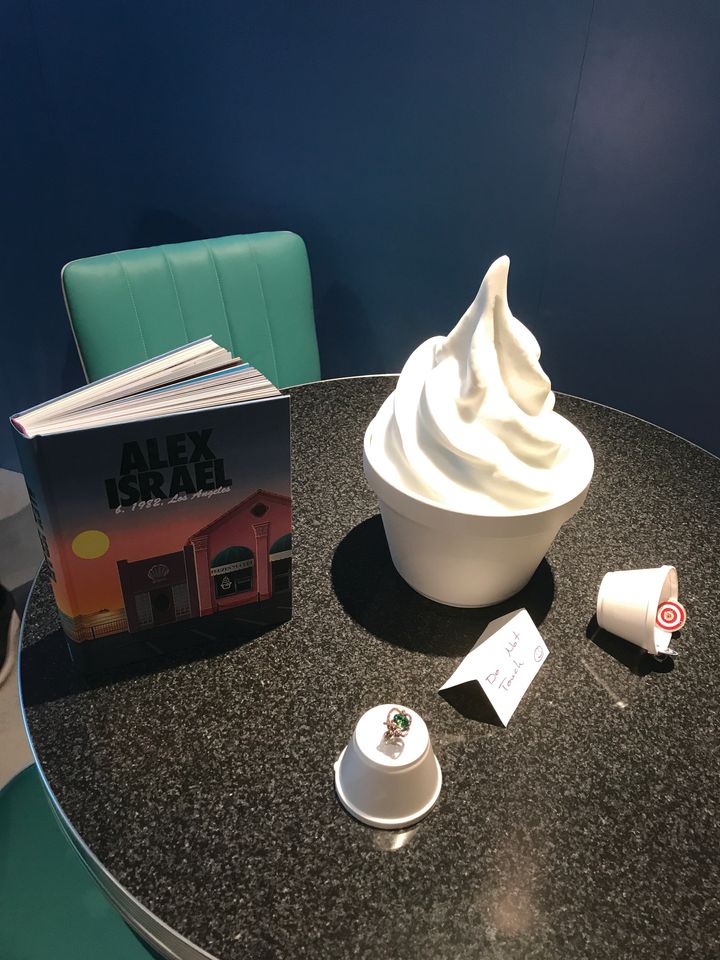 The big freeze If you like frozen yoghurt (who doesn’t?), pop along to jewellery designer Suzanne Syz’s stand at Design Miami/Basel. Syz and the Los Angeles-based artist Alex Israel have dreamed up a display based on the icy sweet treat. Five unique jewellery pieces by Syz are on show in Israel’s frozen yoghurt jewellery box sculptures. “We share a love of all things pop, and a love of sugar and sweets,” Israel says. “Frozen yoghurt has been an important part of my life since childhood, when my father opened a neighbourhood shop in LA.” Syz is no less effusive, saying: “When Alex told me about the importance of frozen yoghurt to him, I knew that we had found the perfect point of overlap.” 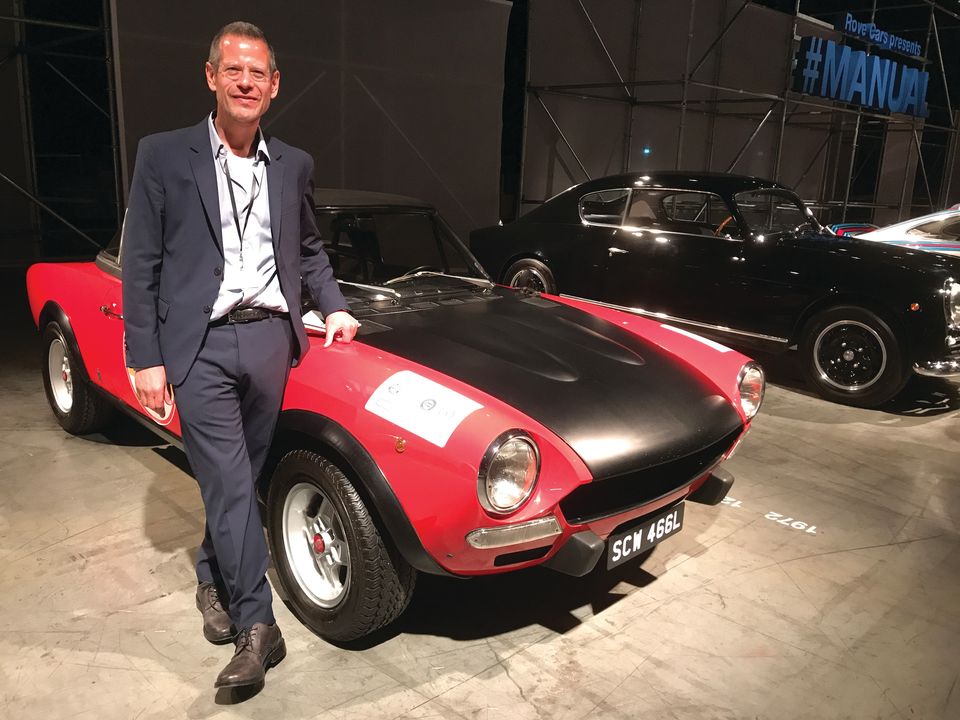 Kenny Schachter with a Fiat 124 Spider from his collection (Photo: Gareth Harris)

The wheel deal The London-based art world commentator and dealer Kenny Schachter is wheeling out his impressive car collection at Design Miami/Basel. Among 13 prized models are the Renault Series 1 R5 Turbo and two prototypes designed by the late architect Zaha Hadid. The automobile addict explains how cars saved him as an adolescent. “I was an overweight, isolated kid with no friends, living in the suburbs of Long Island,” Schachter says. “Cars were an exit strategy—a way into art, architecture and design.” But size matters, depending on which side of the Atlantic you’re on. “The roads in the UK are so small; two-way streets wouldn’t pass for one-way in the States,” Schachter says. “I choose my cars by size, and in this instance, smaller is ideal,” he quips. 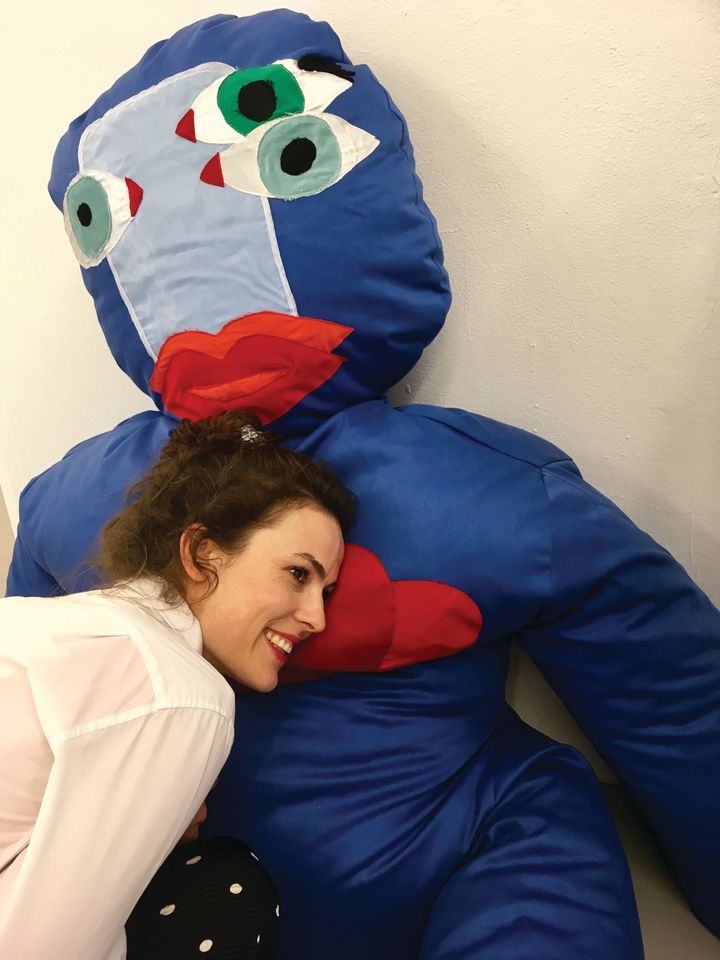 A voodoo doll on the stand of LambdaLambdaLambda gallery from Kosovo at Liste (Photo: Louisa Buck)

No happy ending Weary visitors to the Liste Art Fair can take solace in the comfy, padded arms of a trio of giant stuffed Voodoo dolls on the stand of LambdaLambdaLambda gallery from Pristina, Kosovo. Press your ear to the heart of these cuddly and most un-malign sculptures to hear the intimately poetic words of their creator, the young Kosovan artist Dardan Zhegrova, who regards each of these works as an individual entity. Please note that such lines as “I would softly massage with soap/make you feel pleasure I hope/I would make sure to fulfill your needs” are simply part of the artist’s attempt to “use emotion as an artistic medium” and are not to be taken as an offer of a more personal service.