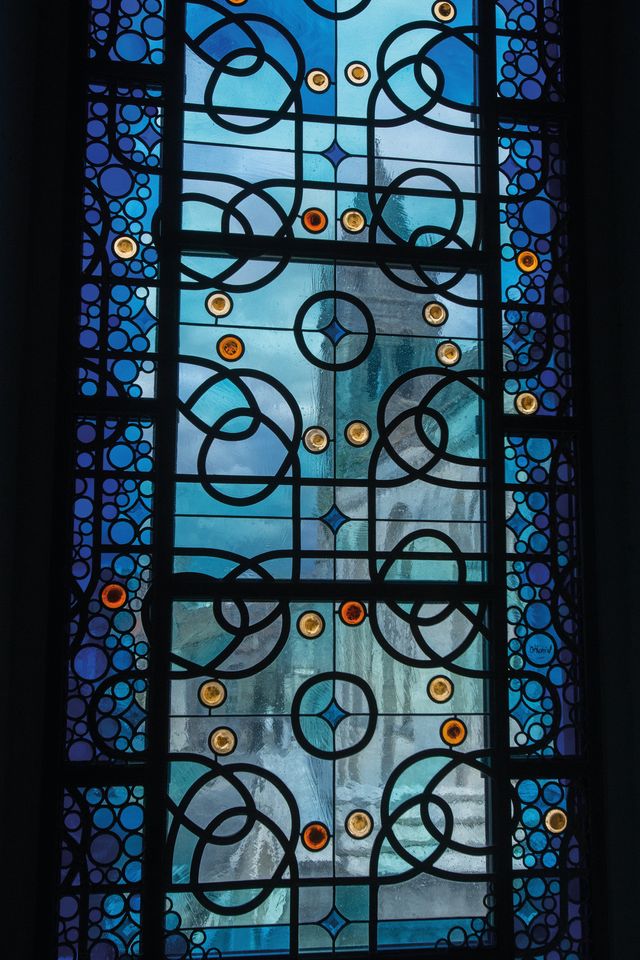 The French artist Jean-Michel Othoniel has spent the past eight years redesigning the treasury of Angoulême’s Saint-Pierre Cathedral in south-west France. The result, an Aladin’s cave of blue, gold and black glass and silvery aluminium lace, is due to open officially on 30 September.

Othoniel’s treasury is part of a larger restoration programme for the cathedral, which yokes a 12th-century Romanesque façade and other surviving Medieval remnants to a 19th-century Neo-Romanesque reconstruction by Paul Abadie, the architect of the Basilique du Sacré-Coeur de Montmartre in Paris.

Abadie’s cathedral, built between 1852 and 1875, is a monumental case study in the conservative Catholic renewal that flourished under the Second Empire (1852-70). Its treasure, around 200 chalices, incense burners, monstrances, broderie vestments, statues and reliquaries—much of which is made from gilt plate and paste glass—exemplifies the nostalgic, romantic medievalism of the period.

Decorative glass cocoon To house this treasure, which is modest in value but rich in colour, Othoniel has created an immersive environment in three rooms in the south transept of the cathedral—a deconsecrated chapel and the remnants of a bell tower destroyed in 16th-century religious wars. It is arranged duplex-style on two floors linked by a lift and a spiral stone staircase in the tower. Walls, floors, stained-glass windows and display cabinets have been reimagined as a decorative glass cocoon, cosseting the hoard within.

Othoniel, who first gained widespread public recognition 16 years ago with his prize-winning Kiosque des Noctambules entrance to the Palais Royal metro station in Paris, is more recently known for creating fountain sculptures for the Château de Versailles, which were unveiled in 2014. The Angoulême and Versailles projects both share a stylistic form—sinuous traceries of his trademark coloured glass beads—and a conceptual root in deep historical research.

“I am interested in how an artist can delve into the past and revisit and rework classic designs,” Othoniel tells The Art Newspaper. “Abadie already worked with the original Romanesque design. I’m following him, in a continuum.” In his preparatory studies, Othoniel says he immersed himself in the geometric designs of Romanesque art and also turned to the English Arts and Crafts movement for inspiration. 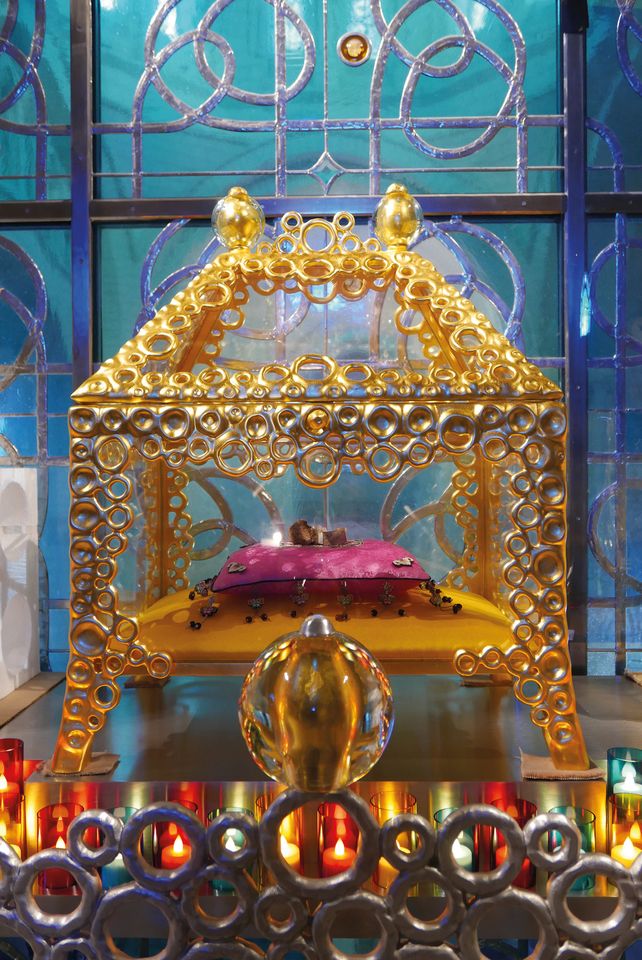 Pure theatre The result, as in his creation for Versailles, is pure theatre. One glass case displays a group of flamboyant golden chalices and pyxes on a Venetian glass bead pedestal; another showcases brilliantly coloured vestments. A great stained-glass window, linking the treasury to the cathedral, is done in graduated shades of blue speckled with gold, overlaid with a braided Roman-knot tracery and set in a latticework of aluminium and a profusion of Venetian glass beads. The gilt-beaded tracery motif is carried through in the rooms’ hand-printed wallpapers and echoed in patterned cement-tiled floors (crafted using techniques developed in Abadie’s time).

“The aim has been to retranscribe the spirit of the age, the popular fervour of the late 19th century,” says Pierre Cazenave, the culture ministry’s regional curator of historic monuments, who co-commissioned the project with the bishop of Angoulême. “You need to understand the emotion in an object to understand its sense. That’s exactly what Jean-Michel has done.”