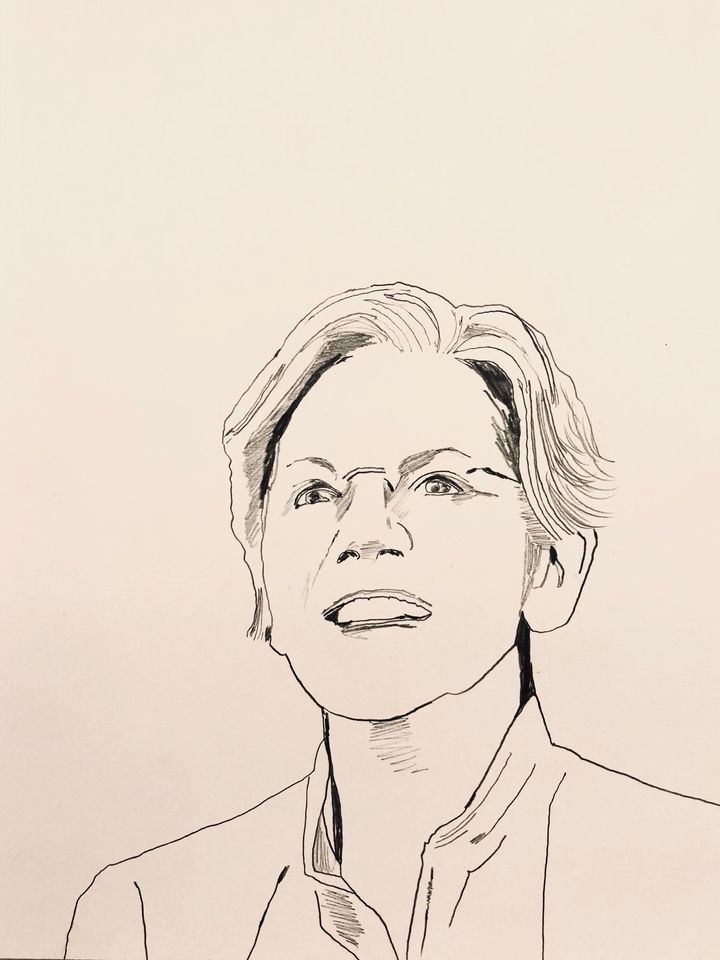 A number of artists recently signed open letters supporting Vermont Senator Bernie Sanders and Massachusetts Senator Elizabeth Warren in their respective bids for the White House. But the Los Angeles painter Whitney Bedford is putting her art where her vote is. A week ago, she began an Instagram-friendly project of making and selling a portrait of Warren every day, with full proceeds going to her presidential campaign.

“It’s really the only currency I have,” says Bedford, fresh from a powerful paintings show at Susanne Vielmetter’s gallery that explored ideas of landscape and toxic land use. “I felt that if I did something I’m known for in public, it could be an incentive for other people to act.” She calls her project “Elizabeth Warren Wins”.

“There’s never been a candidate I’ve been so excited about. And I’ve never done something so fangirl in my life,” she adds. “I don’t get the whole Bernie tsunami because he sounds angry to me. I like how measured and intelligent she is, and I’m on board with pretty much all of her positions.” Bedford was initially thinking about Francis Alÿs’s Fabiola Project, in which he collected hundreds of paintings that show Saint Fabiola in the same basic garb and pose (based on a lost artwork by Jean-Jacques Henner). But she decided to vary the poses instead and draw from different stages of Warren’s life, including a college graduation picture.

The portraits are all pencil drawings on Arches Watercolour Paper, 14 by 10 inches, and priced at $50 each. One reason for the affordable price is that Bedford doesn’t want to run afoul of the campaign finance laws that limit individual contributions to federal candidates to $2,800 per election.

As for her vote in November 2020, Bedford says it will go to “whoever is the Democratic nominee—a piece of bacon on a turd would be better than what we have.” But asked how long she will continue the Warren portraits, she was perfectly on message: “Until she is President.”