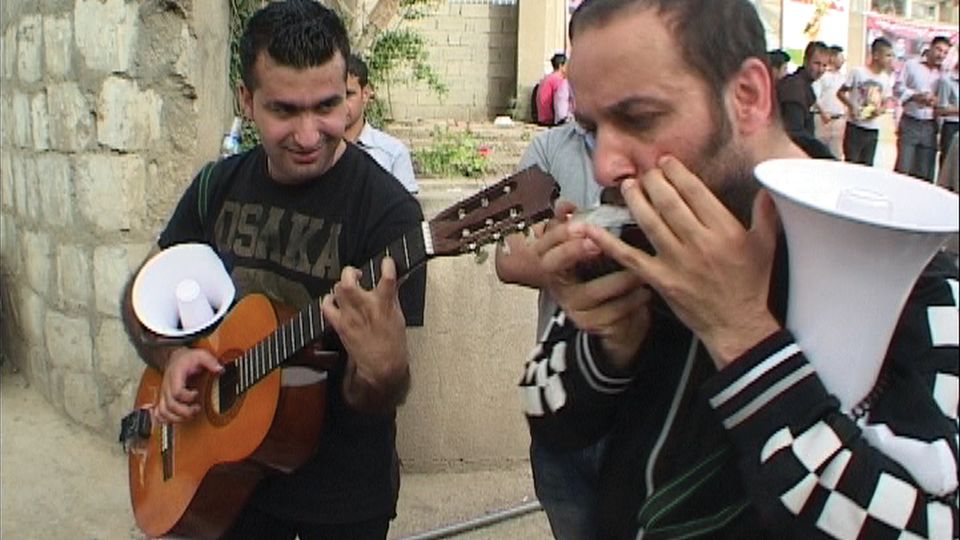 The Iraqi-Kurdish artist Hiwa K (right, in his video This Lemon Tastes of Apple, 2011) had his visa application denied twice before his solo show at the New Museum opening this month Hiwa K. Courtesy the artist; KOW, Berlin; and Prometeogallery di Ida Pisani, Milan/Lucca

On Wednesday (25 April), the US Supreme Court heard oral arguments in a case challenging the third iteration of US President Donald Trump’s travel ban, which restricts entry to the US from eight mostly Muslim countries: Chad, Iran, Libya, Somalia, Syria, Yemen, North Korea and Venezuela. According to media sources present at the hearing, the conservative-leaning court appears to side in support of sustaining the policy, which opponents including the country's major museum groups say will impact exhibitions and cultural events. The court’s final opinion on the case, expected later in June, will affect artists and curators from the countries targeted by the ban, some of whom are longtime American or European citizens but continue to face hurdles coming to the US for work.

The Iraqi-Kurdish conceptual artist Hiwa K—a German citizen who often travels to Iraq for his work—says he had his visa application rejected twice ahead of his major solo exhibition, Blind as the Mother Tongue, at the New Museum (2 May-19 August). Iraq was removed from the travel ban list last year following heavy lobbying by its government, and Hiwa K was finally granted a visa on his third submission, but the artist says that the “process was very humiliating and, if it continues like this, no one will be interested in visiting the US”. He adds that he still could not bring some members of his family to the opening, including his sister, who is a Dutch citizen. “Everyone had their application rejected because once upon a time they were an Iraqi person,” Hiwa K says. In the exhibition, the artist has a new site-specific sculpture that deals with colonisation and cultural syncretism, which he hopes will inspire visitors to reflect on the current political climate in the US, where “everyone is an immigrant”, he says. 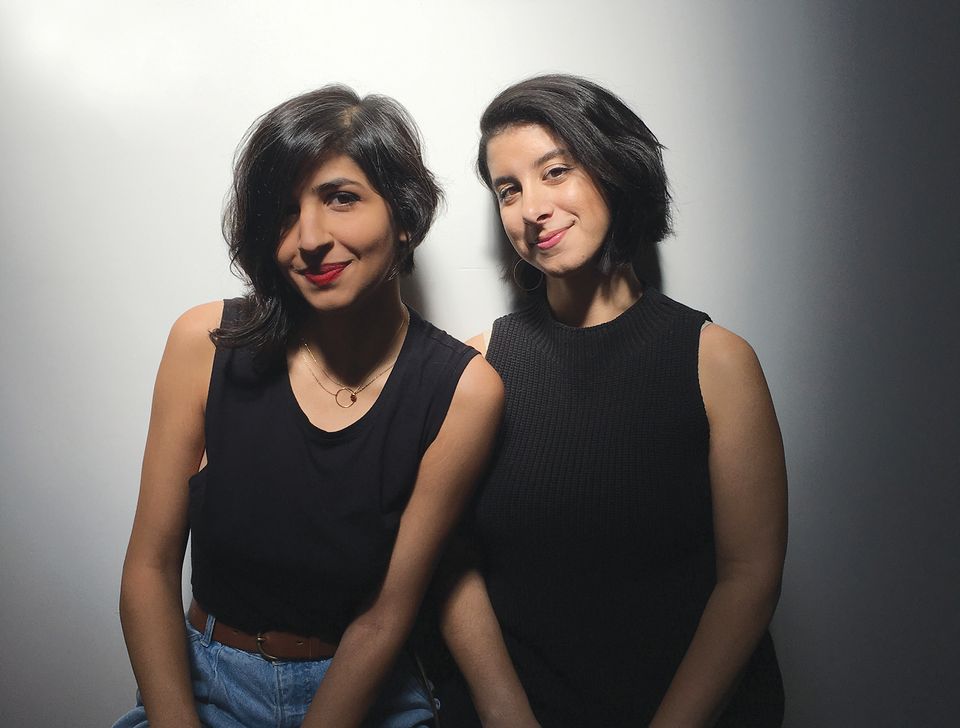 Kiana Pirouz and Mahya Soltani Courtesy of the curators

In January, on the one-year anniversary of Trump signing the first executive order restricting travel from seven mostly Muslim countries, the New York-based Iranian curators Mahya Soltani and Kiana Pirouz organised the exhibition Before We Were Banned, with artists with ties to those countries who now reside in the US. The aim was to “celebrate our culture and channel our frustrations into something positive in the face of the ban”, says Pirouz, a US citizen who was born in Iran and raised in Atlanta, Georgia. Soltani, who was also born in Iran but has UAE citizenship and came to the US on a student visa, is uncertain about her own immigration status. “The Iranian passport is probably the most worthless in the world—you can’t travel anywhere, and any visa process is very tiring, long and intense,” she says. The curators hope to make the exhibition an ongoing project and will next organise it at the East of West Gallery of Santa Fe, New Mexico, this summer (7 July-5 August).

When the initial travel ban took effect last January, the Iran-born artist Amir Fallah, a US citizen since he was four years old, was detained at Newark Airport in New Jersey when he arrived from Israel. “I was interrogated for four hours entering Tel Aviv for an exhibition because my passport says I was born in Iran,” Fallah says. “When I was returning to the US, I thought ‘thank God I don’t have to deal with this bullshit and harassment any more’—then ironically I got detained again.” Fallah says he was held by Homeland Security agents for two hours in a room that he describes as a “colour chart of brown people—all types of brown—and I was just told to sit down and shut up with no explanation before I was released, even though the travel ban shouldn’t apply to me”. 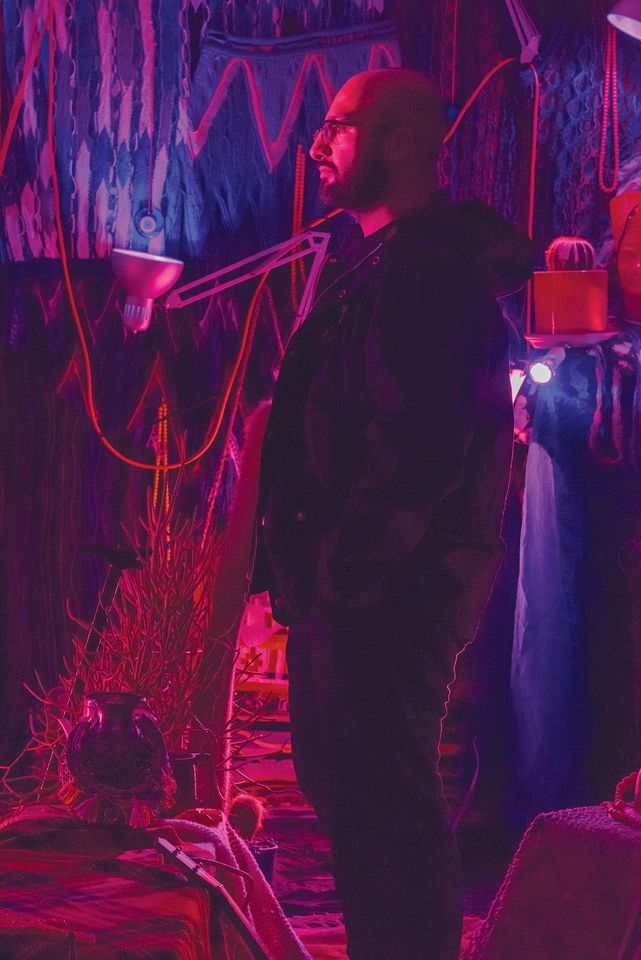 The Iran-born artist Amir Fallah, a US citizen since he was four years old, was detained at Newark Airport in New Jersey when he arrived from Israel Courtesy of Alan Shaffer 2016

Fallah, who is based in Los Angeles, has a solo show called How Far We’ve Come at the Denny Gallery in New York (11 May-17 June) that features the audio work What It Means To Be American, made up of clips of first-hand immigration stories. “Even though I’ve never made work that was political, since that demoralising experience happened, it’s all that I can think about,” the artist says.

As part of the case now before the Supreme Court, more than 100 major museums and arts institutions across the US have signed an amicus brief challenging the ban. The document argues that the ban has “already caused some of the museums to cancel or postpone planned exhibitions” and that “by limiting the range of artistic expression available in the US, the [ban] will continue to cause substantial and irreparable harm to the [arts organisations] and the American public”. The brief outlines instances where the ban has already caused problems, citing the artist Parviz Tanavoli, a dual citizen of Iran and Canada, who refused to visit his sculpture in New York’s Museum of Modern Art to “avoid the risk of being held and interrogated”. 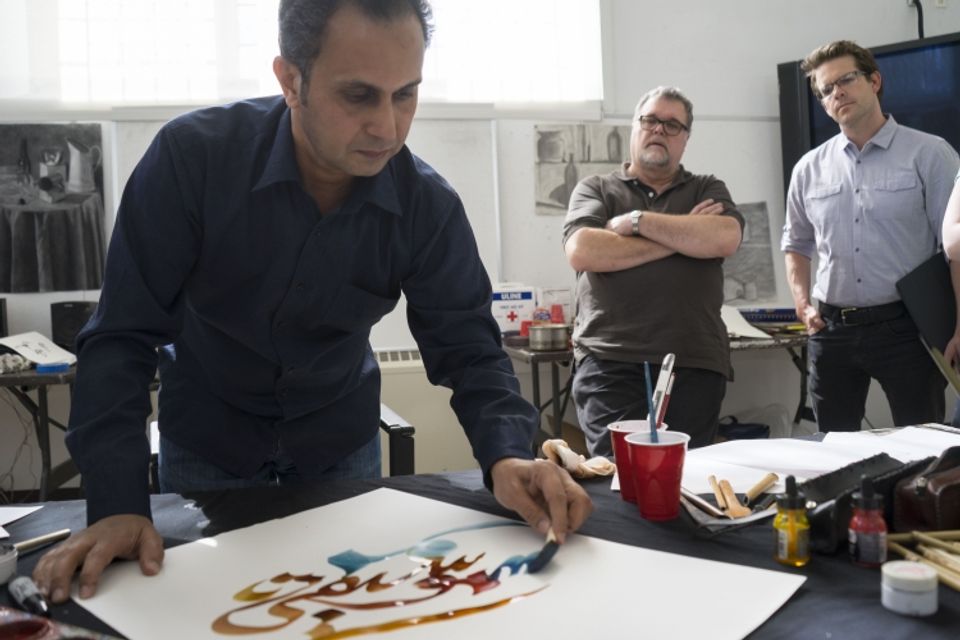 Another example given in the brief is the Syrian calligrapher, Khaled Al-Saa’i, who was due to create a mural for the Portland Art Museum’s indoor sculpture court. The project is now in limbo with the museum "concerned about its ability to obtain the proper visas" because of Trump's order.

Lori Fogarty, the president of the Association of Art Museum Directors, one of the signatories of the brief, says the nebulous nature of the order “clearly shows there was a lack of understanding and detail on the ban. Even if the original intent wasn’t to make cultural exchange impossible or difficult, it’s mind-boggling that the administration didn’t consider the wider-reaching implications of such a ban, not just for the artists and curators, but for the institutions who have international trustees who have or could be forced to withdraw their support.”