As the cultural event gets under way, a Cuban-American artist is also blocked from entering Cuba 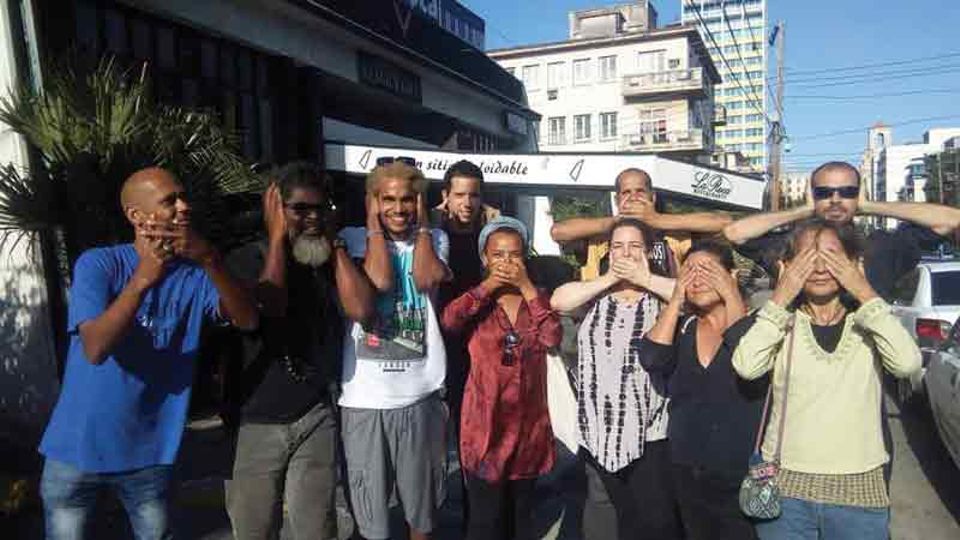 As the Havana Biennial opened today, tensions between artists and the Cuban government continued to dominate the conversation. The Cuban activist artist Luis Manuel Otero Alcántara, who was involved in various actions against censorship in Cuba, was arrested outside his home in Havana the previous day, for the second time in one week. Meanwhile, the Cuban-American artist Coco Fusco was denied entry to Cuba.

Alcántara’s whereabouts are currently unknown. He was arrested while performing a work involving a footrace with American flags outside his home with two other artists who were also detained. The piece was a homage to the Cuban activist Daniel Llorente, who wrapped himself in an American flag and stormed a May Day parade in the Plaza of Revolution in 2017. Llorente was arrested within minutes and is still imprisoned.

Earlier this week Alcántara was detained by the police and released several hours later. Authorities warned the artist he was prohibited from appearing in any performances during the Havana Biennial.

It was also the second time that Fusco, a writer on art and cultural politics and a supporter of artist-led activism in Cuba, was denied entry to Cuba in the past year. State security officials did not give a reason for blocking her arrival. In an email, Fusco writes: “I’m not the first or the last intellectual with close ties to Cuba who has been punished in this way for expressing my views and advocating for greater freedom of expression in Cuba. It has become a sad routine”.

Fusco adds, “I find it disturbing that it takes beheadings, stoning and long prison sentences to get most people in the art world to protest censorship and the repression of artists. Violence is not reducible to physical aggression. Creativity, imagination and hope die slow deaths in a country where any expression of dissent is criminalised, and a biennial every few years doesn’t upend that deterioration”.

In December the artist Tania Bruguera and other artists were arrested ahead of a planned peaceful protest at the Ministry of Culture against Decree 349, a state mandate that came into effect that month and is expected to increase the Cuban government’s censorship of the arts. The protest was organised by Alcántara and Yanelys Núñez Leyva, who were also arrested at the time.