Artists bring fight against ‘new fascism’ to the fair 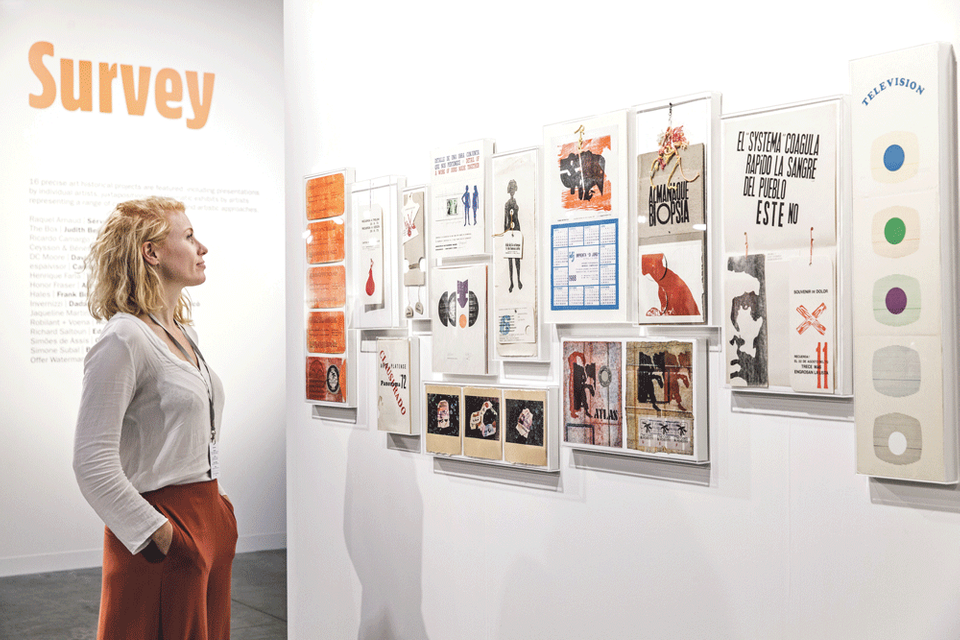 With authoritarian sentiment on the rise again around the world, the conceptual protest work created by South American artists who lived under dictatorships between the 1960s and the 1980s has gained fresh relevance—and it can be found at this year’s Art Basel in Miami Beach.

The Chilean artist Alfredo Jaar, who is showing at the fair with Galerie Lelong and Goodman Gallery, was 17 when General Augusto Pinochet took control of Chile in a military coup in 1973, introducing censorship and a climate of fear that “radically changed” the artist’s life. Today, Jaar says he feels a sense of déja vu. “There is a new fascism arising in Europe, Africa, Asia, the Middle East, Latin America and, of course, the US. People are no longer hiding their fascist tendencies and neo-Nazi groups are springing up. I never thought that, 40 years after Pinochet, the world would be encountering a terrifyingly similar phase,” he says.

Galerie Lelong has devoted a section of its stand to early works by Jaar, including Self Portrait (1977), a series of nine photographs that shows the artist “acting out a different moment of anguish, fear and sadness that represents life under a dictatorship”, he says. “In the last one, I am laughing—a sign of hope.”

Jaar considers the sociological project Studies on Happiness (1979-81) to be his most important work from Chile. He asked people the apparently innocent question “are you happy?” Their reactions resulted in a series of billboards that Jaar installed around Santiago. The work pushed “the limit of how far we could go [in criticising the regime],” he says. “We had to learn to speak between the lines; if you were too obvious, you would be disappeared. More conceptual works were not understood by the authorities.” Prices range from $36,000 to $75,000 for the editioned works.

Jaar also collects works from the 1960s and 1970s by artists “who were engaged in resistance against oppressive regimes”, including the Argentinian conceptual artist and activist Edgardo Antonio Vigo (1928-97), who is the subject of a solo presentation on Richard Saltoun’s stand in the Survey section. Vigo lived through Argentina’s Dirty War (1974-83), during which right-wing death squads hunted down left-wing guerrilla fighters. His ephemeral work criticised the military dictatorship and US foreign policy, and some of his pieces referred to the fact that his son became one of “the disappeared” who were secretly killed by the Argentinian government in 1976.

Although Vigo never left the provincial city of La Plata, he was an early adopter of mail art, so his influence became widespread; he posted works to sympathisers in the US and Europe, a method often used by artists living under dictatorships in the pre-internet era to get their art and message out of the country.

Parallels can be drawn with today’s use of social media by artists in areas of oppression and conflict, such as the Middle East. “This is art made for a strategic, not commercial, purpose,” Saltoun says. “Vigo is a humble artist who made a significant social difference.” Prices range from a few hundred dollars to $20,000.

The Brazilian artist Cildo Meireles (born 1948) also prized communicating resistance above commercial gain. In his Coca-Cola and Cédula (Banknote) Projects, Meireles stamped bottles or money with subversive messages about oppression in Brazil before returning them to circulation. At the fair, Galeria Luisa Strina is showing a selection of works by Meireles, including several banknotes, priced between $5,000 and $6,000.