Artists go bumper to bumper at Frieze with auto-themed works

The car's the star as galleries move into the driving seat 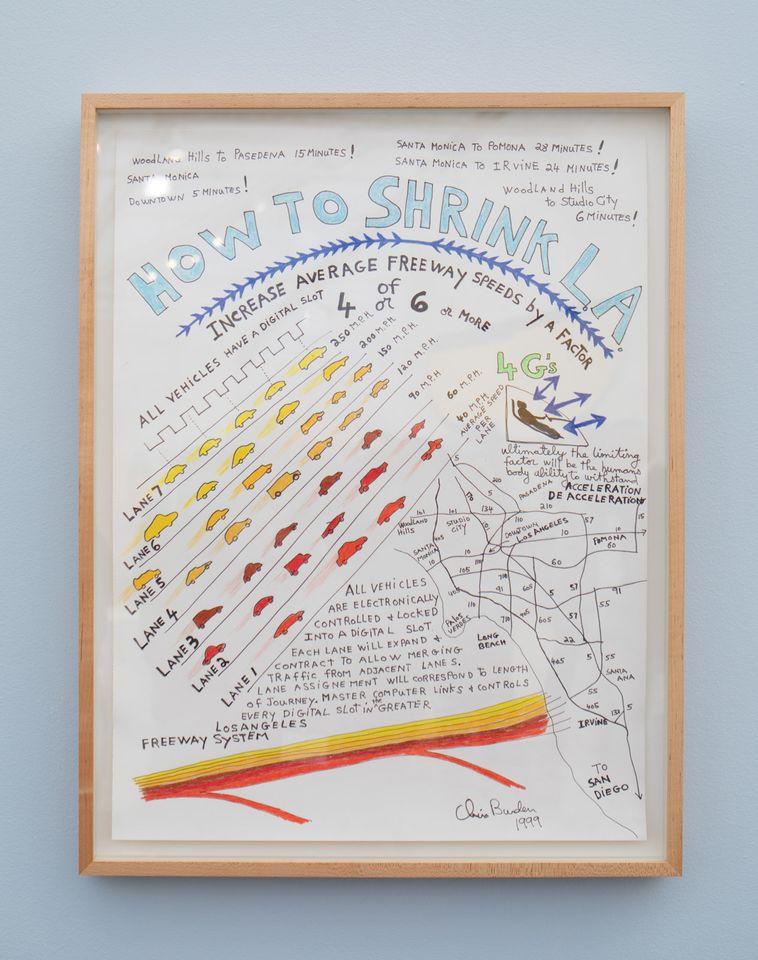 Detroit might be Motor City but Los Angeles is the true home of the American automobile, its streets famously thronged with traffic and its air filled with the sweet smell of smog. And galleries at Frieze Los Angeles have been getting into the spirit of things, putting their pedals to the metal with car-themed works. Gagosian is in pole position with its entire stand dedicated to all things auto: a Chris Burden drawing called How to Shrink L.A. (1999)—where the artist suggests people drive at 250mph to ease congestion—is the inspiration behind the stand, which includes a life-size car sculpture by Richard Prince ready to drive off the lot. And before you tire of car-related puns, fasten your seatbelts and let us chauffeur you around the fair. It’s going to be a bumpy ride. 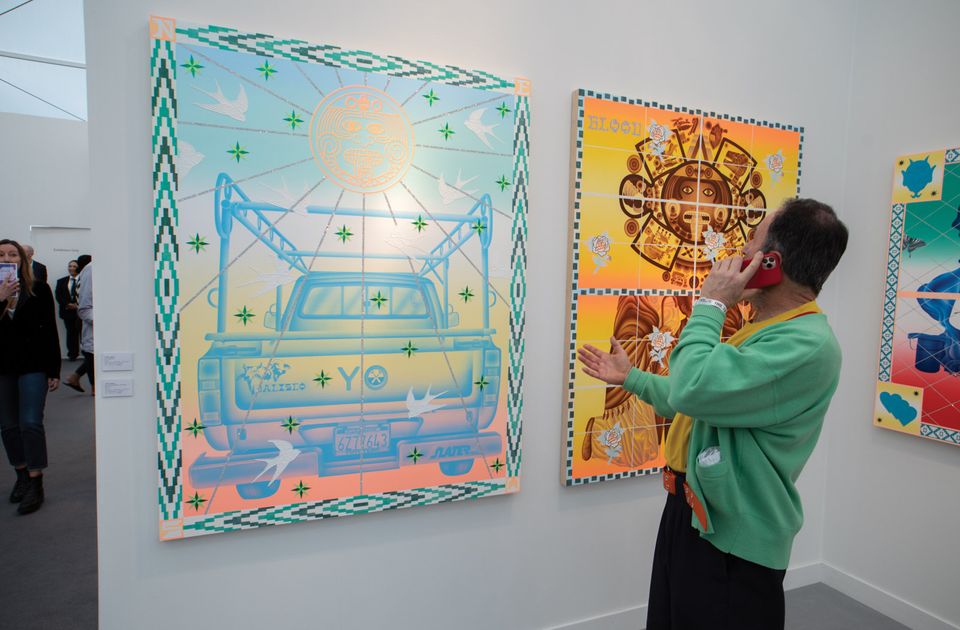 The Pit Boys and their toys. Car culture is alive and kicking with this pimped-up painting of a Toyota truck, which is a “recurring motif” in the works of Jaime Muñoz, says The Pit gallery director Adam D. Miller. The car is perceived as a symbol of value and desirability by young Latinos, Miller adds, and the Pomona-based artist often restores trucks in his spare time. The acrylic painting, finished with flocking and glitter, sold for $9,000 to a local Los Angeles collector during the fair’s VIP preview on Thursday. The boom in availability of the car during the mid-20th century dramatically altered how cities were laid out and created new urban spaces, such as the underpass. In the late 1970s, Senga Nengudi choreographed a “shamanistic, ritualistic” performance under a freeway underpass in Los Angeles with performers including David Hammons and Maren Hassinger in elaborate headgear. Fittingly, the work was funded by the California Department of Transportation. The photographic series, in an edition of five, is on sale for $50,000, and there has been interest from a Los Angeles museum, according to Andreas Gegner of Sprüth Magers. “It would be great for it to stay here in LA,” he adds. 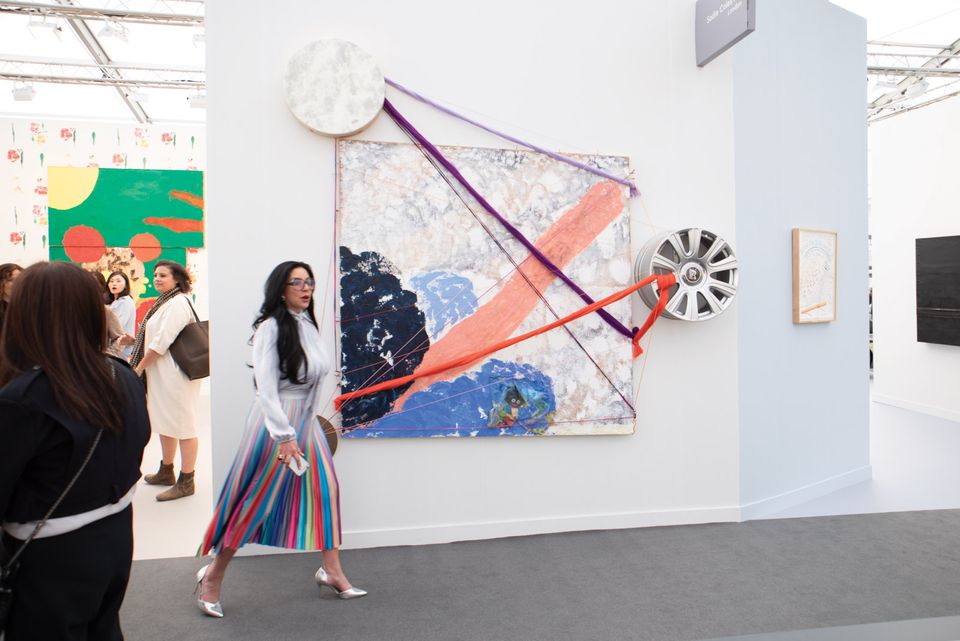 Your ride is not the only thing that you can pimp with a blinging rim. The Caracas-born artist Alvaro Barrington assembled this work in situ before the fair opened, adding the Rolls-Royce wheel as a nod to car-loving Los Angeles. Sadie Coles’s stand has been entirely given over to the artist, but this work has already been snapped up by a foundation for an undisclosed sum, according to the gallery’s sales director Lieselotte Seaton. When the artist and nun Corita Kent visited Andy Warhol’s 1962 exhibition at the Ferus Gallery in Los Angeles, it transformed the subject matter of her screenprints, with Kent turning her eye to consumer packaging and the urban landscape, particularly pertinent in a city increasingly dominated by automobiles. This reversed keep-right sign, playfully called left, is on sale for $6,000, unframed. Kent did not number her prints but tended to make between 75 and 200 of each edition, says Olivian Cha, who works with the artist’s estate. It’s a car door on a canvas. But it is also a work playing on the idea of the readymade and employing the “most contemporary paint”—that used in car manufacturing—says Tanya Bonakdar gallery director Ethan Sklar. Analia Saban is an artist who is constantly “investigating and reconfiguring the way we think about art-making in general and about painting in particular”, Sklar says. The gallery would not reveal how much the work cost or whether it had been sold.