Arts Council England will release a document that addresses the ethical and practical issues around restituting cultural objects, planned for autumn 2020 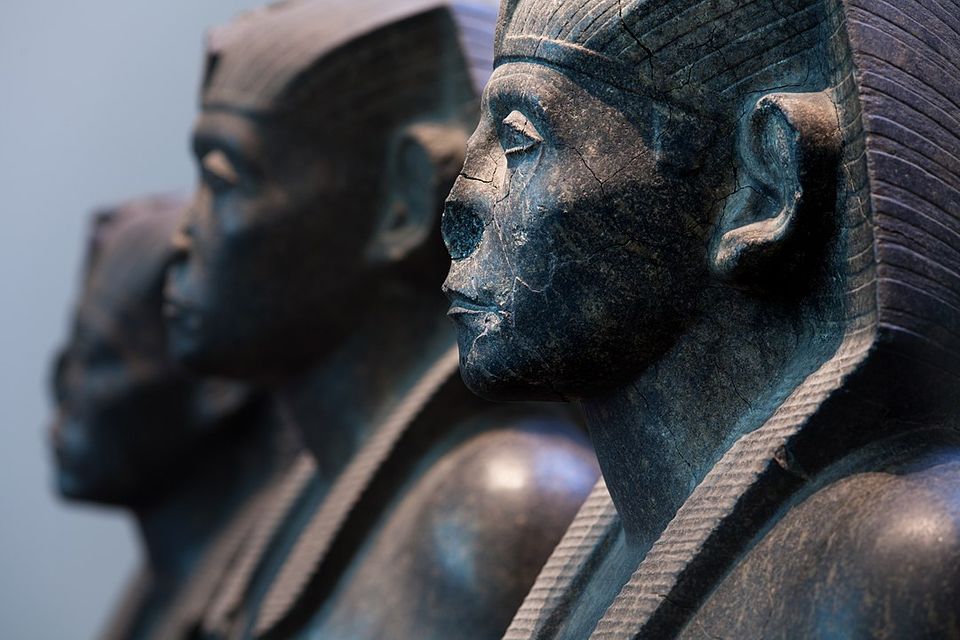 Three black granite statues of the pharaoh Senusret III, (around 1850 BC), in the collection of the British Museum, one of the many UK institutions that have been criticised for dragging their feet on colonial-era restitution © Jorge Ryan/CC

Arts Council England (ACE) has asked the educational organisation The Institute of Art and Law to develop new guidance for UK museums on restitution. Planned for publication in autumn 2020, it will cover ethical and legal considerations, provide best practice examples and crucially advise on “dealing with claims and making decisions on the potential return of objects”.

“The guidance will aim to encourage a more proactive and coordinated approach across UK museums by providing them with a practical tool that will include case studies, best practice and signposting to other resources,” says an ACE statement. National museums as well as small-scale regional institutions can refer to the new guidelines.

The Art Newspaper understands that the guidance, produced in association with the University of Leicester, does not signify a change in government policy and that restitution should still be considered on a case-by-case basis.

ACE has also convened a steering group to oversee the project, which includes the Northern Ireland Museums Council, Museums Galleries Scotland and the Museums and Archives Division of the Welsh Government, along with the Museums Association, the International Council of Museums (ICOM) UK and the Department for Digital, Culture, Media and Sport.

Alexander Herman, the assistant director of the Institute of Art and Law, says in a statement: “We have worked for many years with museum professionals who often tell us there is little in the way of guidance for dealing with claims for restitution and repatriation and related issues.”

Earlier this year, ACE advertised for a supplier that could produce guidelines for UK museums regarding the restitution and repatriation of cultural objects, including items acquired from former colonies. The contract was described as suitable for small companies, and has a budget of £42,000

The advertisement said that the work entails reviewing existing research and evidence and consulting with stakeholders from British museums and beyond. It added that the most recent guidance published in 2000 by the Museums and Galleries Commission is now very out of date.

UK museums continue to be embroiled in restitution controversies. Last summer, the prominent Egyptian-born writer Ahdaf Soueif announced her resignation as a trustee member at the British Museum, saying that lack of discussion over the issue of restitution was a contributing factor. Meanwhile, the Indian government is requesting the Ashmolean Museum in Oxford to return a bronze idol of Saint Tirumankai Alvar, made in Tamil Nadu in the 15th century.