In response to the stock market crash, Di Modica illegally installed Charging Bull in front of the New York Stock Exchange in 1989 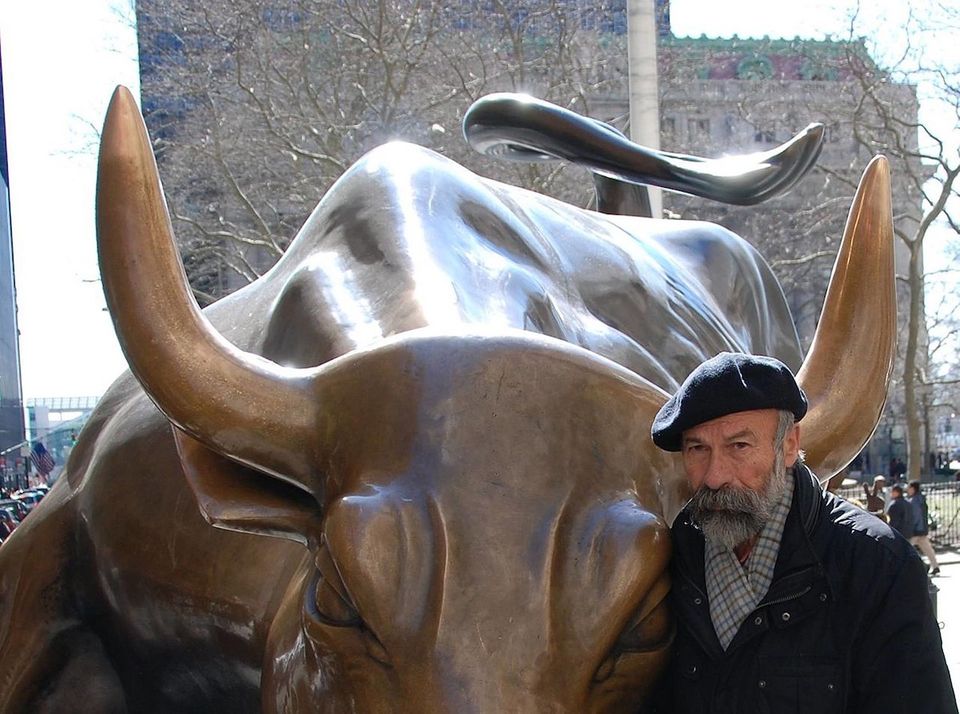 Arturo Di Modica, the Sicilian-born sculptor best known for his Charging Bull statue in New York’s financial district, has died, aged 80. He died at home in the Italian town of Vittoria in southern Sicily. A cause of death has not been named but he had been ill for several years.

Born into humble means in Vittoria in 1941, Di Modica moved to Florence in 1960 to study at the Academy of Fine Arts. After gaining some recognition in the late 1960s, he moved to New York in 1973, establishing a studio for himself in SoHo. By the mid 1980s, he had gained a number of wealthy patrons and could be spotted driving his Ferrari around Lower Manhattan.

In 1987, following the stock market crash of Black Monday, Di Modica felt indebted to the nation that had made him a success, and so he spent $325,000 of his own money and two years of time crafting Charging Bull, which he illegally dropped off in the middle of the night in front of the New York Stock Exchange in 1989.

The following morning, the 3.5-ton sculpture was moved by city officials into a police warehouse in Queens, but by that evening Di Modica received an offer to install the sculpture in nearby Bowling Green park, where it currently resides. He paid a $500 fine for the illegal installation, and four days later Charging Bull was moved to its new location. 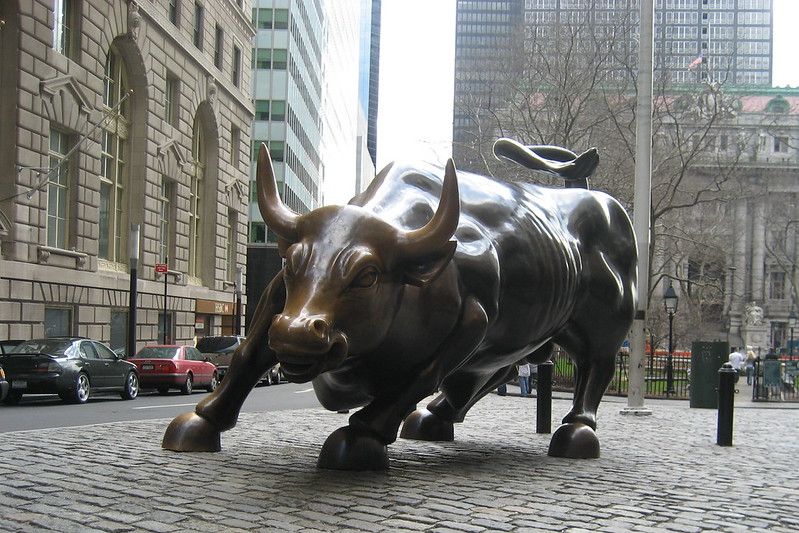 This was not Di Modica’s first piece of guerrilla public art in New York; following the disappointing reception of a 1977 exhibition, he relocated the show’s eight sculptures to Rockefeller Center (again he had to pay a fine), and on Valentine’s Day 1985, he dropped off a massive statue of a horse, titled Il Cavallo, at Lincoln Center plaza.

In 2017, artist Kristen Visbal placed her sculpture Fearless Girl across from Charging Ball in a similar guerrilla fashion. Though Fearless Girl was wildly popular among tourists, Di Modica argued that it altered the meaning of his sculpture, changing it from an image of optimism to one of oppression. In 2018, Fearless Girl was moved a few blocks away to the New York Stock Exchange.

In the late 2000s, Di Modica bought 13 acres in his hometown of Vittoria to build a sculpture school, eventually selling his New York studio to help fund it. At the time of his death, he was at work on a 132-foot tall sculpture of two horses to be installed at a nearby river.