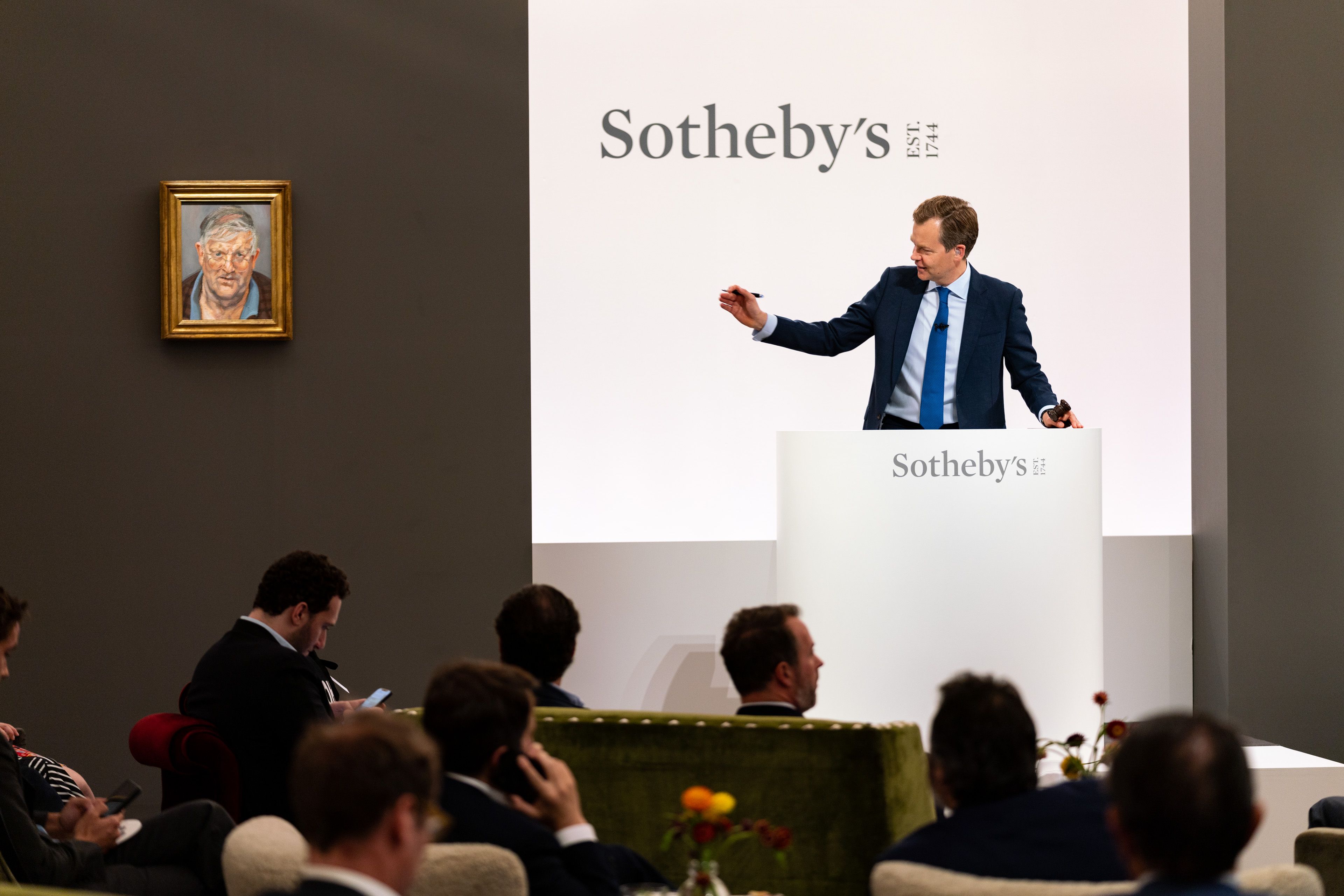 Summer in London ain’t what it used to be. First there was Brexit, which blighted consignments and contributed to a short-lived reshuffling of June sales at Christie’s, and then came the pandemic, which decimated the whole of 2020’s auction calendar.

Last night, Sotheby’s staged a valiant return to its June slot in a modified format of back-to-back sales of British and Modern and contemporary art—a slightly different tack to last year’s marathon cross-category sale spanning Rembrandt to Richter and held at the end of the July. Comparing totals, therefore, is a bit like comparing apples and oranges; nonetheless, last night’s combined total represented a 12% increase on last year’s, grossing £130.4m (£156.2m with fees) across 83 lots, comfortably within the estimate of £119.7m-£170.3m. It is the auction house’s highest summer total since 2018. 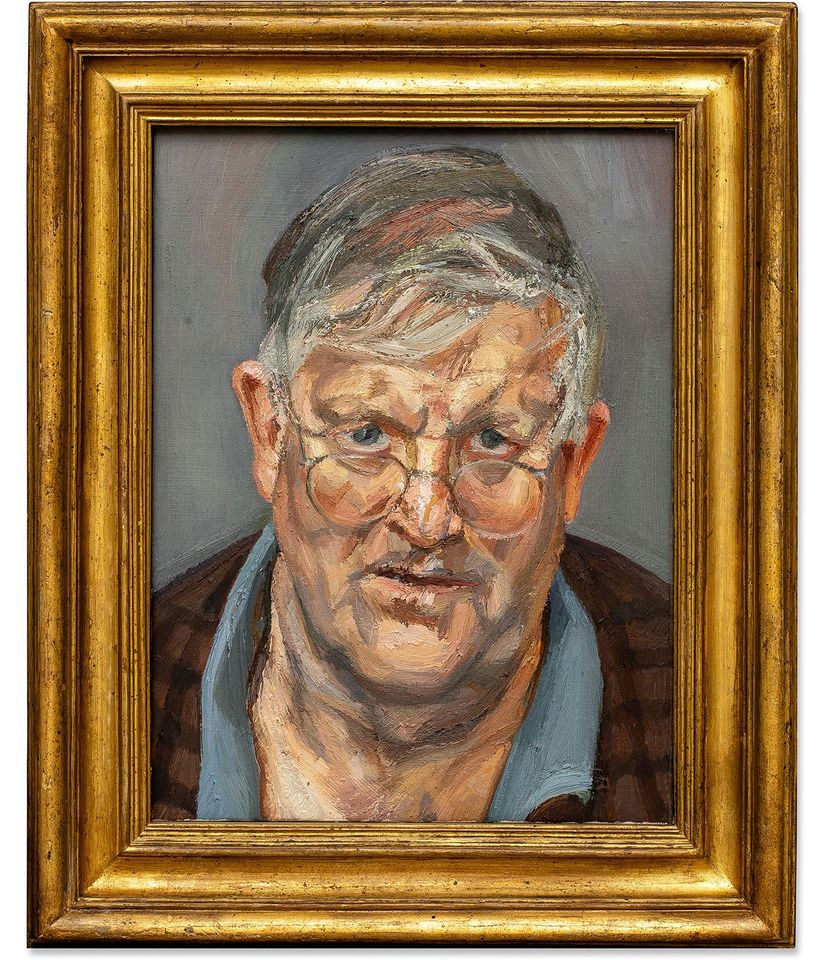 Hybridity is the “new normal” and last night’s sales were attended by 50 people in the saleroom with thousands more watching online. “It’s the best of both worlds,” pronounced Oliver Barker, Sotheby’s chairman, Europe, as he took to the rostrum for the first sale of British art, which totalled £40.2m (£48.2m with premium), again squarely within the estimate of £31.8m-£46.6m.

Here there were a few constants. Lucian Freud topped the bill with his thickly worked portrait of David Hockney, painted in daily sittings over the course of four months in 2002. Initially sold just after it was painted via Freud’s dealer Acquavella Galleries in New York for a reported £3m, last night it fetched £12.8m (£14.9m with premium). Six clients bidding over the phone in New York, Hong Kong and London pushed the painting over its £8m-£12m estimate, eventually hammering to James Sevier, a senior contemporary art specialist based in London.

The Freud was one of seven works to have been guaranteed by a third party with a further three lots backed by Sotheby’s. One of those, an underwhelming disc painting by Bridget Riley with a £320,000-£420,000 price tag, failed to sell. Hockney himself racked up £7.2m for the auction house. Two of the Yorkshire artist’s works—the vibrant Gladioli with Two Oranges and a crayon drawing of the Old Winter Palace Hotel in Luxor—came from the collection of Elizabeth Corob who was an early collector of Hockney, buying drawings through his first dealer John Kasmin.

Just three women artists made the 34-lot sale, of which 88% was sold by lot. The only record of the auction came courtesy of the Kenyan-born British ceramicist Magdalene Odundo, whose burnished black vessel quadrupled its estimate to sell for £300,000 (£378,000 with fees) to Lisa Dennison, the chairman of Sotheby’s North and South America. Long-admired in the UK and Europe, Odundo's market is gaining traction in the US where she is currently the subject of an exhibition at New York’s Salon 94 gallery, the artist’s first show in the city since her 1991 American debut.

One lot, a painting by Allen Jones, was withdrawn just before the sale, while a further three mysteriously disappeared. According to a spokesman for Sotheby’s, they never existed—or were never catalogued.

The Modern and contemporary sale felt more jumbled and could have dragged on if it wasn’t for Sotheby’s chairman of Europe Helena Newman spurring on clients in a bid to wrap up proceedings before the England football match kicked off. Perhaps Sotheby’s had not anticipated England faring so well in the Euros when programming the sales?

Three lots, including a Picasso painting worth an estimated £7m-£10m, were withdrawn before the sale and a further five unidentified works apparently “never existed”. A hefty 40 of the remaining 60 lots were guaranteed, nine of them in house. 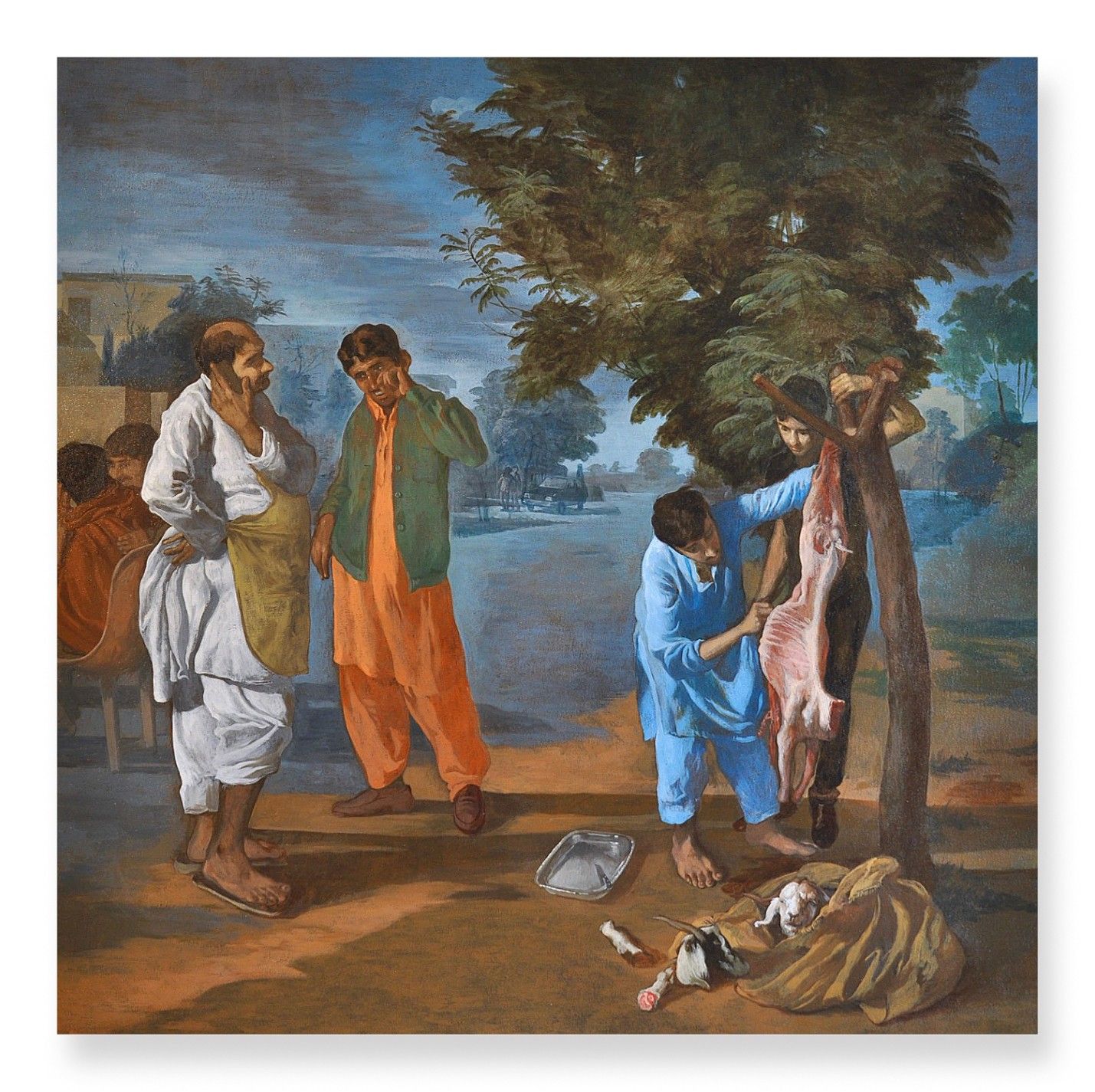 Even with those works essentially being sold beforehand, there was nonetheless a smattering of sparks, in no small part thanks to Asian collectors who took home works by Salman Toor, Chris Ofili, Jadé Fadojutimi, Marc Chagall, Picasso and Edgar Degas, among others. According to Sotheby’s, Asian spending has doubled in London sales over the past year.

Crowning the sale was Wassily Kandinsky’s abstract painting Tensions calmées (1937), which was originally purchased by the artist’s long-time supporter Solomon R. Guggenheim for his eponymous museum in 1945. The institution sold it at Sotheby’s in 1964 for £10,000 and the canvas has been in the same American collection ever since. Last night it just tipped its £18m low estimate to sell for £18.3m (£21.2m with fees) to London-based specialist Thomas Boyd Bowman on behalf of a client.

Totalling £90.2m (£108m with fees), the auction achieved a commendable 93% sell-through rate. Overall, it was, as Sotheby’s head of contemporary art in Europe, Alex Branczik, summed up, “not the auctions of the past, but a heady mix of the best of the physical and the virtual—a kind of top flight auction 2.0”.