At Expo Chicago, a ‘slow burn’ of interest from collectors

Exhibitors benefit from the curatorial heft of local art institutions 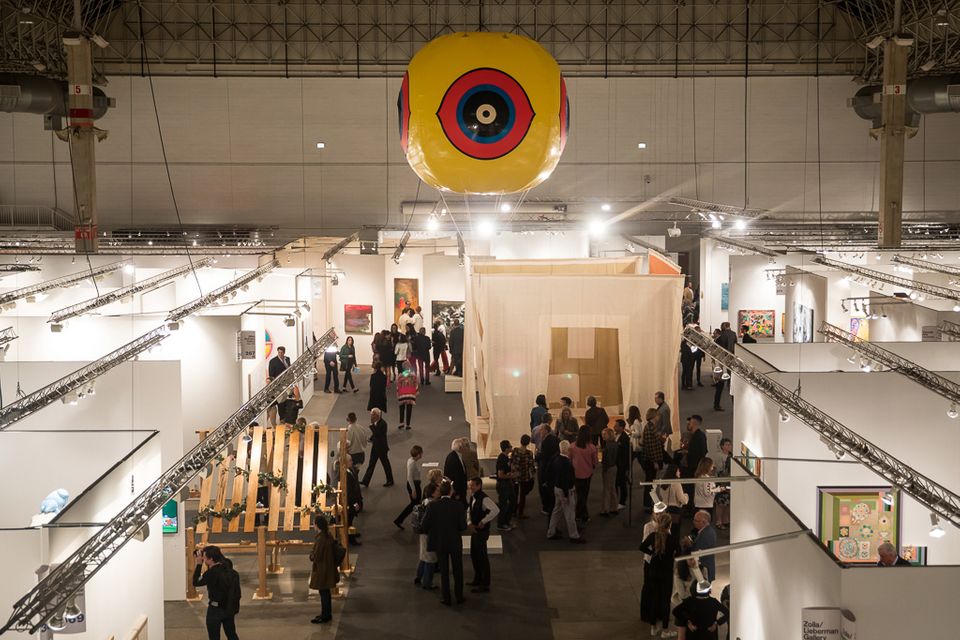 Expo Chicago lacks the frenzy of pre-vernissage VIP activity that many major fairs have—and that may not necessarily be a bad thing. As the preview for its seventh edition got underway on Thursday (27 September), many dealers noted the quietness of Navy Pier’s festival hall but few were alarmed by it. Though the foot traffic was slow, well-known local collectors such as Bob and Nancy Moller and Larry and Marilyn Fields were strolling the aisles early on. The subdued start isn’t unusual for this fair, and its veteran exhibitors say sales tend to be a “slow burn” throughout the weekend.

Expo capitalises on the rich history of the former Art Chicago fair at Navy Pier but has attracted a significant amount of international attention itself in the past five years or so despite the fact that its participant list shifts significantly from edition to edition. This variance may be due in part to the leisurely pace of sales, which may well be misunderstood in the bullish primary art market as less than favourable, prompting some to forego a repeat appearance. Many dealers, however, hope that Expo proves a wise long-game investment for their bottom line.

The Chicago-based dealer Monique Meloche has participated in the fair annually since 2013 and shows a smattering of work from eight of her artists this year, including Brendan Fernandes, Cheryl Pope and Sanford Biggers, with works ranging in price from $8,500 to $45,000. She says the regional collector base for which the city is famed is “knowledgeable and considered” about purchases. Unlike Miami and New York, where a revolving door of new clients look to cut their collecting teeth, “it takes a lot more time to make good sales here– you really have to cultivate relationships with your clients,” she says. This has the added benefit of lessening the pressure on collectors and advisers to cherry-pick works before the fair even opens. “There’s actually time for people to browse,” Meloche says.

The New York-based art adviser Erica Barrish agrees, saying that while the fair is valuable for dealers who want to reach a wide swath of Midwestern collectors—this year, she had clients from Louisville, Minneapolis and Milwaukee come in for Expo’s opening—a long-lead strategy is crucial. She says that, unlike other fairs, Expo isn’t “a game of discovery” but instead provides a pivotal point in important private and institutional sales. “We start our placement process several months before the fair opens,” she says. She also notes that the curatorial heft of Chicago’s major institutions shapes the region’s market. “Dealers and collectors around the world are watching what the museums here do, so we’re constantly looking three years ahead based on their exhibition schedules to make client connections.”

Perhaps more than its commercial art scene, Chicago has long been better known for its institutional prowess, the contemporary side of which is only getting stronger, especially since the Museum of Contemporary Art (MCA) Chicago’s acclaimed Kerry James Marshall retrospective, Mastry. Indeed, Meloche says that Expo is exceptional for the museum curators and institutional representatives it attracts, in addition to regional private collectors, which is another reason why sales move slowly. “Institutional decisions take time. They have to be decided on by committees and boards, so you can’t expect them to happen on the spot,” she says.

The first-time Expo exhibitor Martin Aguilera of the São Paulo- and New York-based gallery Mendes Wood DM says it is the city’s museums that provoked him to show Paulo Nazareth’s socially motivated performance and installation work. “We’ve seen an explosion of interest in our artists from collectors and curators in the Midwest ever since we opened our New York space two years ago,” Aguilera says. This may be due to the rising profile of social practice and performance in the region thanks to artists like Theaster Gates and Michael Rakowitz, though the market for the genre has been historically difficult to establish. “I think people here, especially those involved with the museums and institutions, really get what our program is about.”

Aguilera says the latest group of works by Nazareth, an Afro-Brazilian artist, is the result of a cross-country drive he took from New Orleans to Toronto along a former Underground Railroad route on which he stopped at key sites to perform memorial dances and rituals with watermelons. Two different series of black-and-white documentary photographs from the journey on view at the gallery’s booth sold within hours of Expo’s opening to private collectors for $10,000 and $38,000, respectively. The red 1989 Ford F-150 truck filled with a bed full of cement watermelons has an asking price of $150,000 and immediately attracted the attention of two major institutions.

“There’s no lack of serious collectors for work like this,” Aguilera says, but it often takes education and outreach to get to them. “It’s not always about making the sale right away—maybe we lose some money in the short term. It’s more about getting the work out there.”

Victoria Burns, an adviser who was based in Chicago for nearly 30 years before moving to Los Angeles in 2010, says that the educational value of a fair like Expo “can’t be compared”. The institutional interest and dedication of the region’s collector base make ideal conditions for dealers who have what she calls a long-term view. “The quality of the fair is high and the experience in Chicago is great,” she says, adding that she often brings new collectors through.

Yet she notes that Expo’s effect is more cumulative than other fairs: “I make a lot of good sales six months or a year down the line based on the work I do Expo,” she says. But she acknowledges that such a timeline isn’t feasible for a lot of dealers in the increasingly stratified market. “It’s expensive. Galleries are paying upwards of $50,000 to be here. Sometimes they need sales sooner just to keep going.” 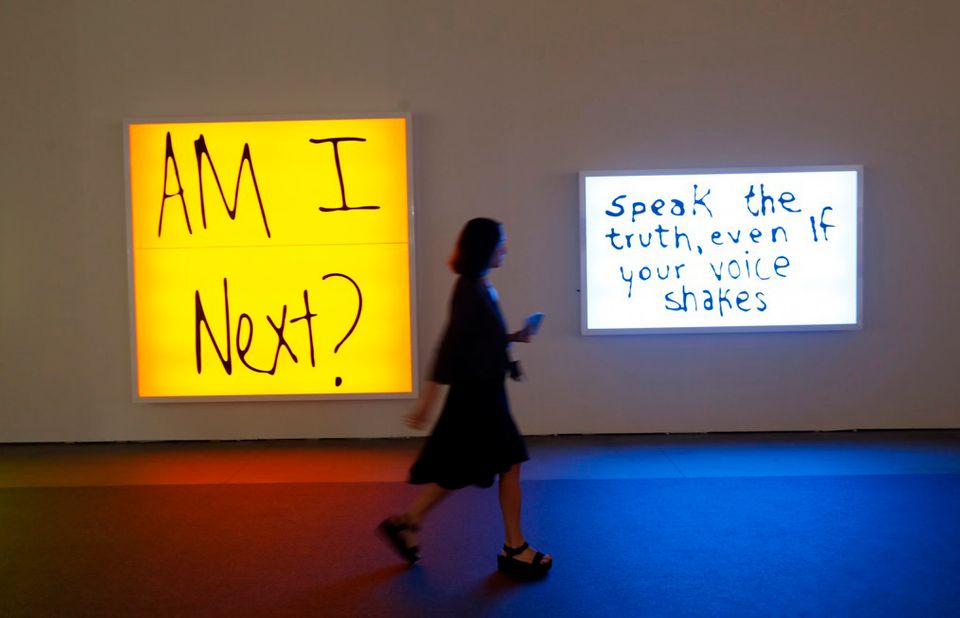