Azerbaijan refuses to hand over 1,500 artworks after seizing 'cultural capital' in Nagorno-Karabakh

Artsakhi ministers have asked Russia to intervene in their bid to recoup paintings, sculptures, and precious stones after relinquishing culturally significant city of Shusha 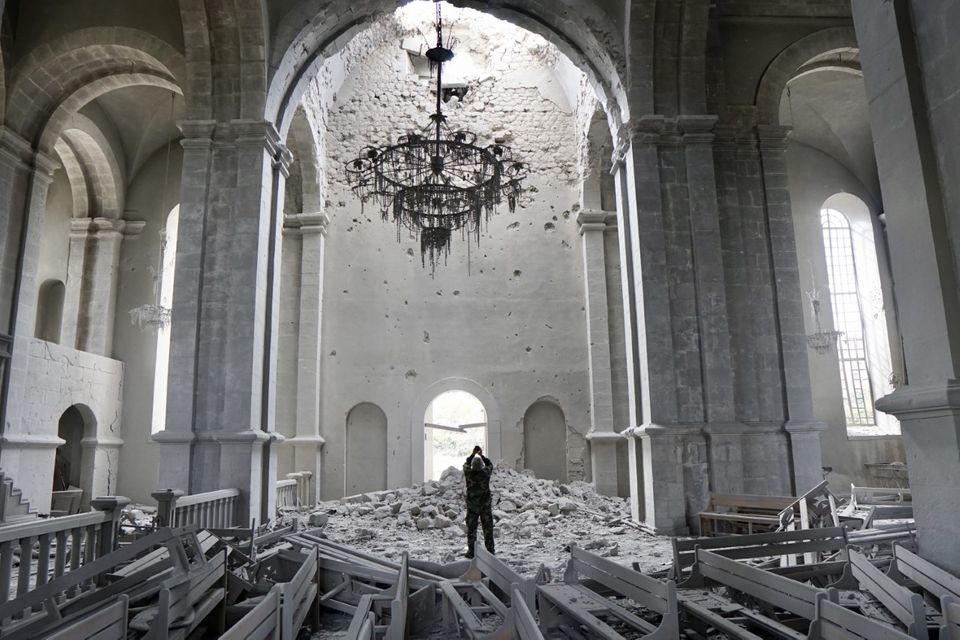 Ghazanchetsots Cathedral in Shusha after it was damaged in the recent conflict © G.Mattu

The Republic of Artsakh—also known as the Nagorno-Karabakh Republic—has appealed to Russia to help safeguard around 1,500 art objects in the war-torn and culturally significant city of Shusha (called Shushi by Armenians).

After Azerbaijan’s army took control of the city in November 2020, Artsakhi ministers asked the Azeri government to hand over the paintings, sculptures, and precious stones but Baku has refused.

This comes after six weeks of deadly fighting in the disputed region of Nagorno-Karabakh, which lies within the borders of Azerbaijan, but contains an Armenian ethnic majority. Before the recent conflict it was mostly controlled by the breakaway state of Artsakh (supported by Armenia), but the Azeri military, supported by Turkey, made big gains last year. Azeri President Ilham Aliyev described the takeover as the “liberation of Shusha”. The fighting ended on 10 November under a Russian-brokered peace deal. 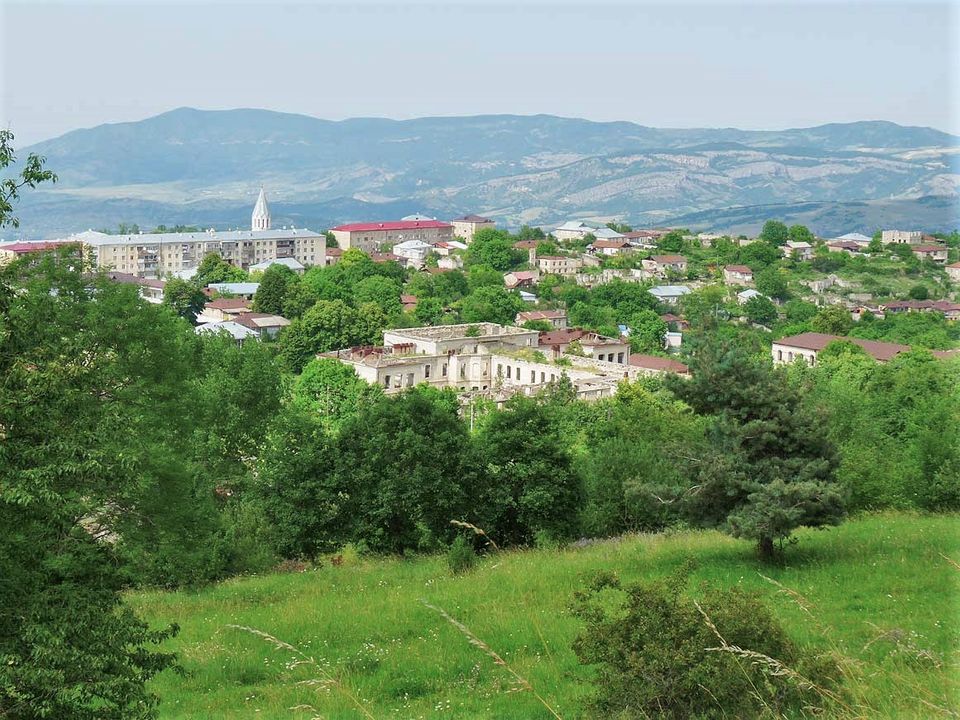 “Artsakh’s culture ministry and state minister appealed to Azerbaijan’s leadership [to transfer the art] but unfortunately all attempts have so far failed,” says the Artsakhi geologist Grigor Gabrielyants. “We asked [Russia] through its peacekeeping forces...we’re now negotiating with a higher level of the Russian government. They’ve agreed to help and continue to help.”

Shushi’s State Geology Museum named after Professor G. A. Gabrielyants is one of four state museums in the city—the other three are the Museum of Fine Arts, Museum of Shushi’s History, and Shushi Gallery.

Lusine Gasparyan, the director of the city's museums, says graphic works by French-Armenian artists Jean Carzou, Jean Jansem, and Edgar Chahine, as well as the Ukrainian artist David Burliuk, are among the collection. Gabrielyants adds that there is a “high probability” some of the art has been damaged since Baku took control of the city.

“During the recent aggression, Shushi was deliberately targeted and then occupied by the Azerbaijani armed forces, who have devastated cultural and religious sites,” says a spokesperson for Armenia’s foreign affairs ministry. “What’s more, during a recent visit to Shushi, Azerbaijan’s president made some anti-Armenian statements...all of these facts are deplorable. In 100 years, Armenians have been expelled three times from Shushi...the violation of the rights of the Armenian people does not contribute to regional peace.”

However, Sherin Melikova, the director of Azerbaijan’s National Carpet Museum, says “the preservation and protection of cultural heritage is one of the main policies of our state. Shusha is a symbol of Azerbaijan history and is the cultural capital of the country.” She adds that “during the illegal 30-year occupation by Armenian forces [in Nagorno-Karabakh], a total of 927 libraries, 44 temples, nine mosques, 473 historical monuments, 22 museums, and more than 100,000 museum exhibits of Azerbaijan were destroyed.”

Russian Foreign Minister Sergey Lavrov recently said the status of Artsakh was not top of Moscow’s priorities in the wake of the 2020 Artsakh War, while Azeri President Ilham Aliyev has reportedly declared the city “Azerbaijan’s cultural capital”. He said: “Shusha deserves it”.