For the moment, the artist and his team are not pushing for compensation

Fast fashion and art clash once again: less than a month after a group of over 40 artists and designers accused the Spanish mega retailer Zara of plagiarism, the Azerbaijani artist Faig Ahmed has publicly denounced the British retailer Topman over a shirt he claims plagiarises his work Oiling (of which there are three versions, all in public collections). 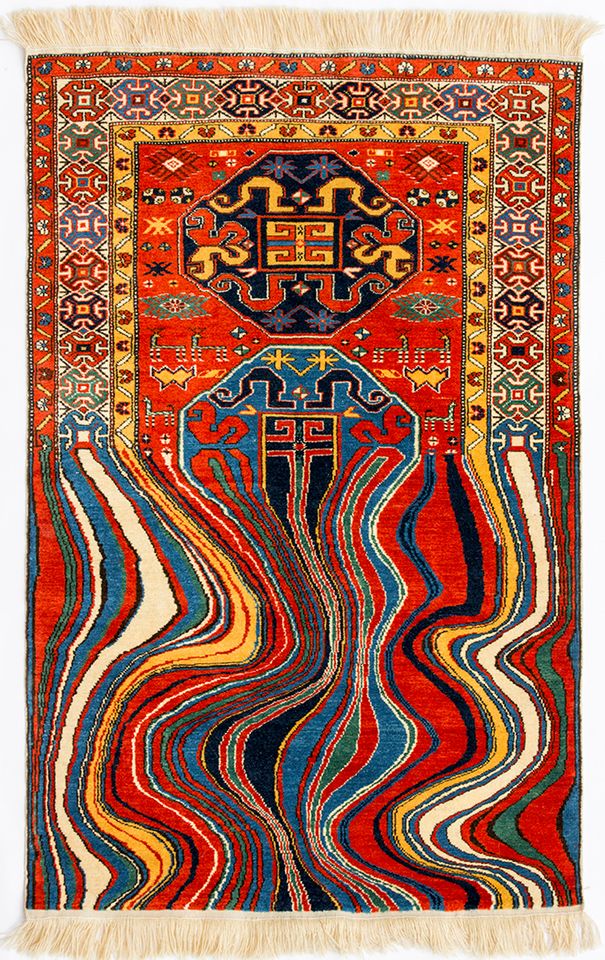 Faig Ahmed, Oiling (2012), reproduced with permission of the artist

Ahmed, known primarily for his hand-woven works that resemble—then warp— traditional carpet motifs, told The Art Newspaper over email that the idea of the work was simplified and executed poorly for a profit, which he calls “deeply disrespectful to the artist and other people whose creative energy is invested in every work”. He added: “It is important to understand that I am not seeking a financial reward, but an understanding of this issue.” He said that if the retailer offered to financially compensate him, he “would suggest that instead we join forces to protect the rights of creative people”.

Those who work with Ahmed describe him as exceptionally generous; for instance, he gave a carpet worth $25,000 last year to a “lovesick young barista” in Virginia whose girlfriend admired Ahmed’s work, said Nina Levent of the New York gallery Sapar Contemporary, which represents the artist’s work in the US.

Olga Seleznyova, the artist’s manager in Azerbaijan, explained in an email that the artist and his team are asking Topman and Globe (the manufacturer of the shirt) “to stop the sales of the item and to acknowledge the incident”. She added: “Our decision on whether to take the issue to court will depend on their response.”

Massimo Micucci of the Roman gallery Montoro12 Contemporary, which represents the artist in Europe, said that Topman has not responded to a request for the retailer’s legal contact to discuss allegations of plagiarism. However, according to the public relations manager for Topman, Alex Baker, the artist “has not contacted Topman in relation to this matter”.

Baker told The Art Newspaper in an email that the retailer “is aware Faig Ahmed has made certain allegations in relation to a t-shirt that was sold by concessionaire, Globe Europe, on the Topman website. Topman had no input in the design, creation or selection for sale of the t-shirt.”