Back to school: Massachusetts college museum gets a $12.5m makeover 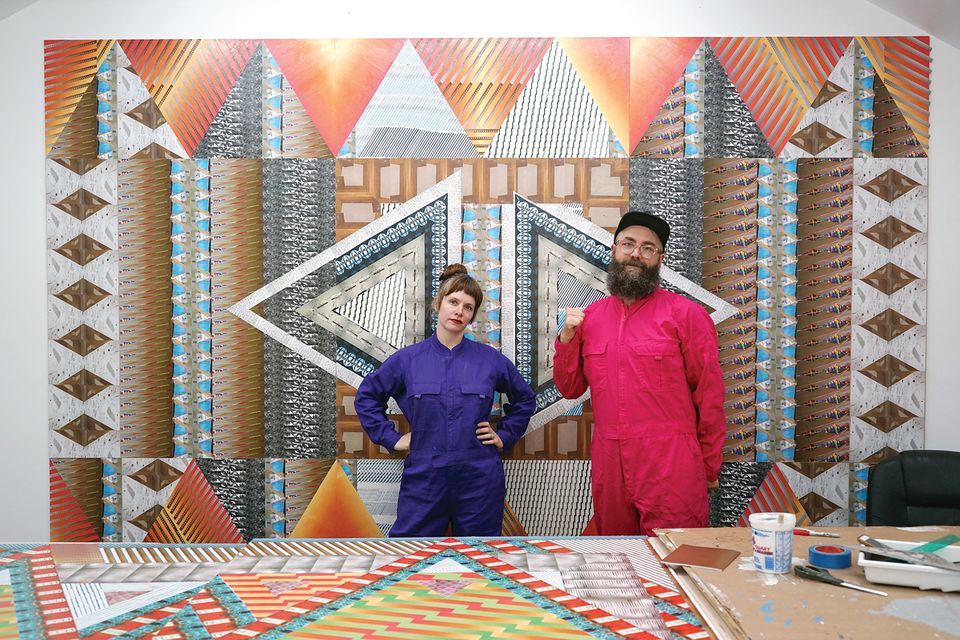 Ghost of a Dream artist duo, Lauren Was and Adam Eckstrom, preparing their site-specific installation, Yesterday Is Here in the lobby of Boston’s MassArt Art Museum Courtesy of MassArt

The contemporary galleries of the Massachusetts College of Art and Design will officially become the MassArt Art Museum on 22 February, when they reopen after a $12.5m revamp.

Admission to the rechristened institution, a non-collecting teaching museum that was formerly known as the Bakalar & Paine Galleries, will be free. The renovations of its 15,000 sq. ft galleries were led by designLAB Architects and involved major upgrades, including a humidity control system that will now allow the museum to operate year-round.

The priority of Lisa Tung, who has been the galleries’ director since 2008, was to have a new front door installed to get the public’s attention. “People would often get lost, since they had to walk through the school to get to us,” she says.

The project also includes a new plaza named for the Pace Gallery founder and donor Arne Glimcher that may soon be activated with an installation of public art or a projection on to the building’s Beaux Arts facade. An education studio has been added as well as a preparatory workshop where crates can acclimatise to their new surroundings before being unpacked.

“The word museum signifies that the works we showcase are all of a professional nature,” says Tung, who describes the renamed galleries as a community-focused kunsthalle.

Three inaugural shows are planned. The artist duo Ghost of a Dream harnessed 30 years of ephemera from the galleries—from catalogue pages to flyers—to create a new installation in the lobby titled Yesterday Is Here (22 February-28 February 2021). An adjacent room will host the exhibition Game Changers: Video Games and Contemporary Art (22 February-19 April). And on the second floor, the Portuguese artist Joana Vasconcelos will present Valkyrie Mumbet (22 February-2 August), the latest in her Valkyries sculpture series honouring inspiring women. The monumental work is named for Elizabeth “Mumbet” Freeman, a slave who waged a court battle in 1781 for her freedom in Massachusetts.